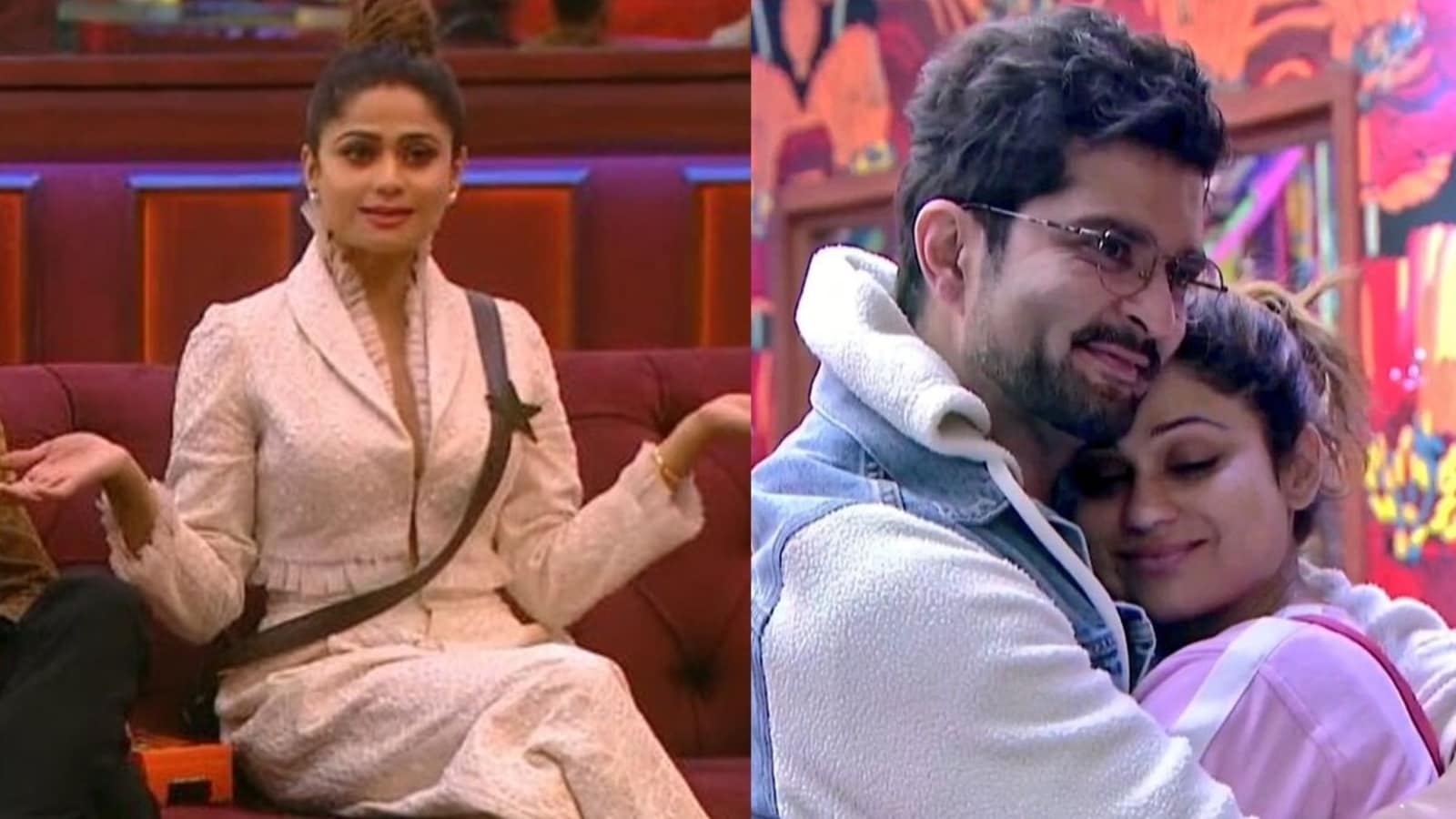 Salman Khan also teased Shamita Shetty and Neha Bhasin about their love for each other as the latter visited the sets of Bigg Boss 15 as a guest.

Shamita Shetty continues to be a strong contestant on Bigg Boss 15 as she also won the captaincy task as part of her journey to the finale. Sister Shilpa Shetty, boyfriend Raqest Bapat and friend Neha Bhasin have shown their support to the actor.

Recently, Neha Bhasin visited the show as a guest and indulged in a banter with Shamita. Even Salman Khan made fun of them as they showered each other with love. Neha teased Shamita, “Raqa aapko yaad kar raha hai lekin usne nayi girlfriend bana li hai (Raqesh was remembering you but he has made a new girlfriend),” but added that it was a joke. Shamita reacted to her, “Kya, mere ko heartattack mat de (What! Don’t give me a heartattack).”

Shamita and Neha greeted each other very warmly, to which host Salman Khan reacted, “This is love. Hota hai, hota hai, breakup ke baad kabhi kabhi aisa bhi hota hai (This happens sometimes after a beakup).” While Shamita exclaimed in surprise, telling Neha that she had lost a lot of weight, Neha accused her of forgetting her. Shamita replied, “I can never forget you.”

Reacting to Neha and Shamita’s banter and expressing gratitude for Neha’s support, Shilpa wrote on Twitter. “So jealous you got to speak to her @NehaBhasinTeam. Your love , friendship and support means so much to @ShamitaShetty and us #ShamitasTribe #ShamitaForTheWin #ShamitalsTheBoss.”

Raqesh Bapat also took to Twitter to wish Shamita ahead of the captaincy task. He wrote, “Captain @ShamitaShetty!! (flexing muscle icon) Way to go!!” The two had come close during their time on Bigg Boss OTT, post which Shamita made it to Bigg Boss 15.

Bigg Boss 15 was supposed to have its finale in the mid of January but has now been extended by two weeks. Reports claimed the show was being extended due to the rising number of Covid-19 cases in Mumbai.