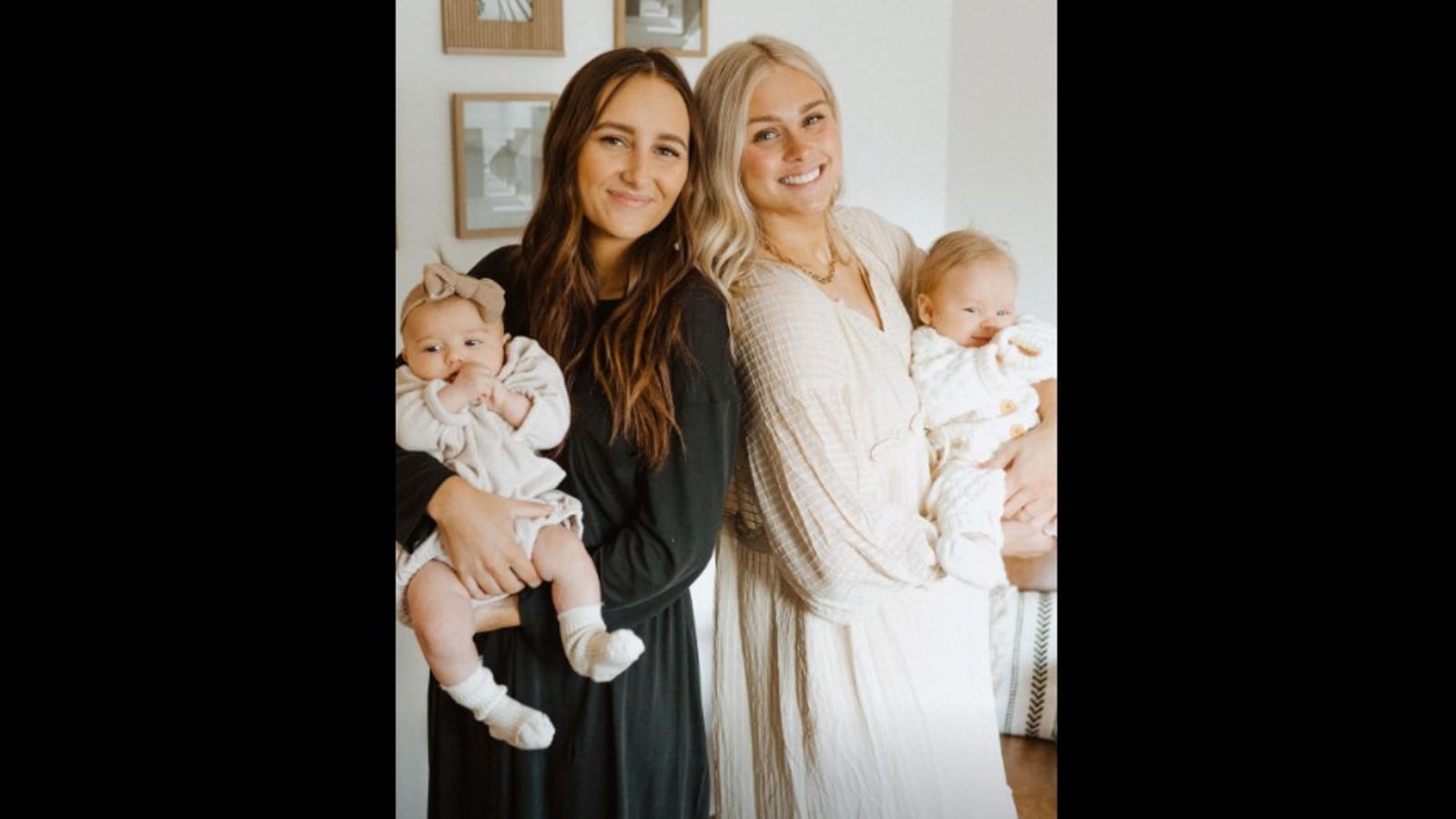 Coincidences are always quite interesting to behold, especially since none of it is planned but take place in a way that surprise the people involved. And owing to a series of quite mind-boggling coincidences between two high school best friends, their wives decided to make a video that has now gone all kinds of viral. There is a good chance that this video will not only surprise you but also make you think about how the universe never fails to surprise one in their life. The video was shared on Instagram and involves the two mothers with their adorable little babies.

The two women in the video are named Ashley Rae and Ashley Henson. The former is a social media content creator and has over 31,900 followers on her Instagram page. The latter also takes to her Instagram page to share about her baby and family life. In this video, they both shared how their husbands used to be best friends ever since they were in high school. Coincidentally enough, they got married to these two women who share the same name.

And if this wasn’t enough, these two women got pregnant around the same time without planning it ahead. What’s more? The two ended up having their babies on the exact same day, that is January 22 this year. The video was extremely cute to watch since the mothers make their little babies do the My Money Don’t Jiggle Jiggle dance trend as well.

Ever since being posted on June 3, this video has received over 5.6 million views as of now. It has also received various comments from people who couldn’t stop adoring this series of coincidences that circle around their lives.

“This is crazy and so cool at the same time,” commented an Instagram user. “This is absolutely adorable,” wrote a second. “And next, the kids will become best friends,” posted yet another individual.

What do you think of this series of coincidences that led to these babies going viral for their My Money Don’t Jiggle Jiggle dance?