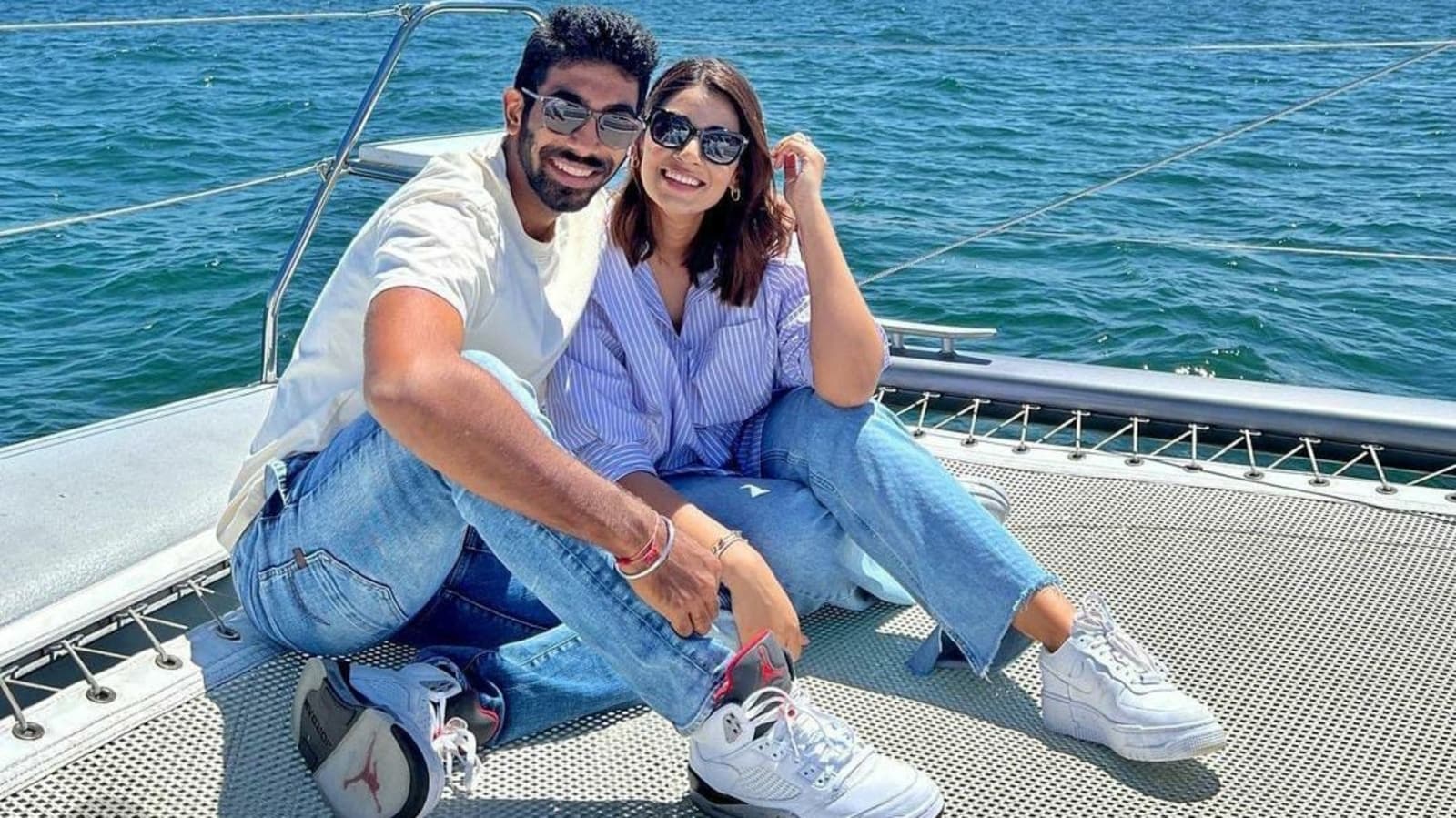 Reality TV star turned sports presenter Sanjana Ganesan shared a throwback picture with her husband, cricketer Jasprit Bumrah. While many fans praised the couple on the vacation picture, a few trolls descended in the comment section as well, criticizing them for vacationing while the Indian cricket team was losing. However, Sanjana took one of them to the cleaners with a sassy reply that put them in their place and reminded them that it was an old pic. Also read: Virat Kohli posts Anushka Sharma’s pic, David Warner calls him ‘lucky man’

Bumrah is not part of the Indian team for the ongoing Asia Cup due to fitness issues. The fast bowler has been rested for the tournament, keeping in mind Indian team’s busy schedule ahead, which includes a World Cup in 12 months’ time. The team lost a crucial match to Pakistan on Sunday in his absence and many felt his presence in the team could have made some difference.

So, when Sanjana shared a throwback vacation picture of the two on Monday, many began trolling them for vacationing at a time, ignoring the word ‘throwback’ in the caption. Sharing a picture of the two of them sitting on a boat with the sea in the background, Sanjana wrote, “just a lovely #throwback photo of Jasprit, me and Jasprit’s sneakers (the real stars of this picture).” One social media user commented, “Waha India ki m**-b**** pade hui hai or yeh gum rahe (The team is in dire straits there and these two are vacationing).” Sanjana responded to the comment rather bluntly, writing, “Throwback photo hai, dikhta nahi kya chomu aadmi (It’s a throwback photo, can’t you see you fool”.

Sanjana’s rather acerbic reply was praised by many of her fans, with most saying she had “clean bowled” the troll, just like her husband did to batsmen. One wrote, “This was needed. These people involve families for nothing. Put them in their place.”

Sanjana began her career as a model and participated in the Miss India pageant in 2014, where she was a finalist. Her first claim to fame was when she competed in the popular reality show MTV Splitsvilla later that year. She later moved to sports presenting, hosting a special show for Shah Rukh Khan’s Kolkata Knight Riders, as well as presenting pre-match shows in IPL and World Cup. Sanjana and Jasprit married in an intimate ceremony in Goa last year.

This cat has its own bedroom with a little bed and a TV. See adorable photos