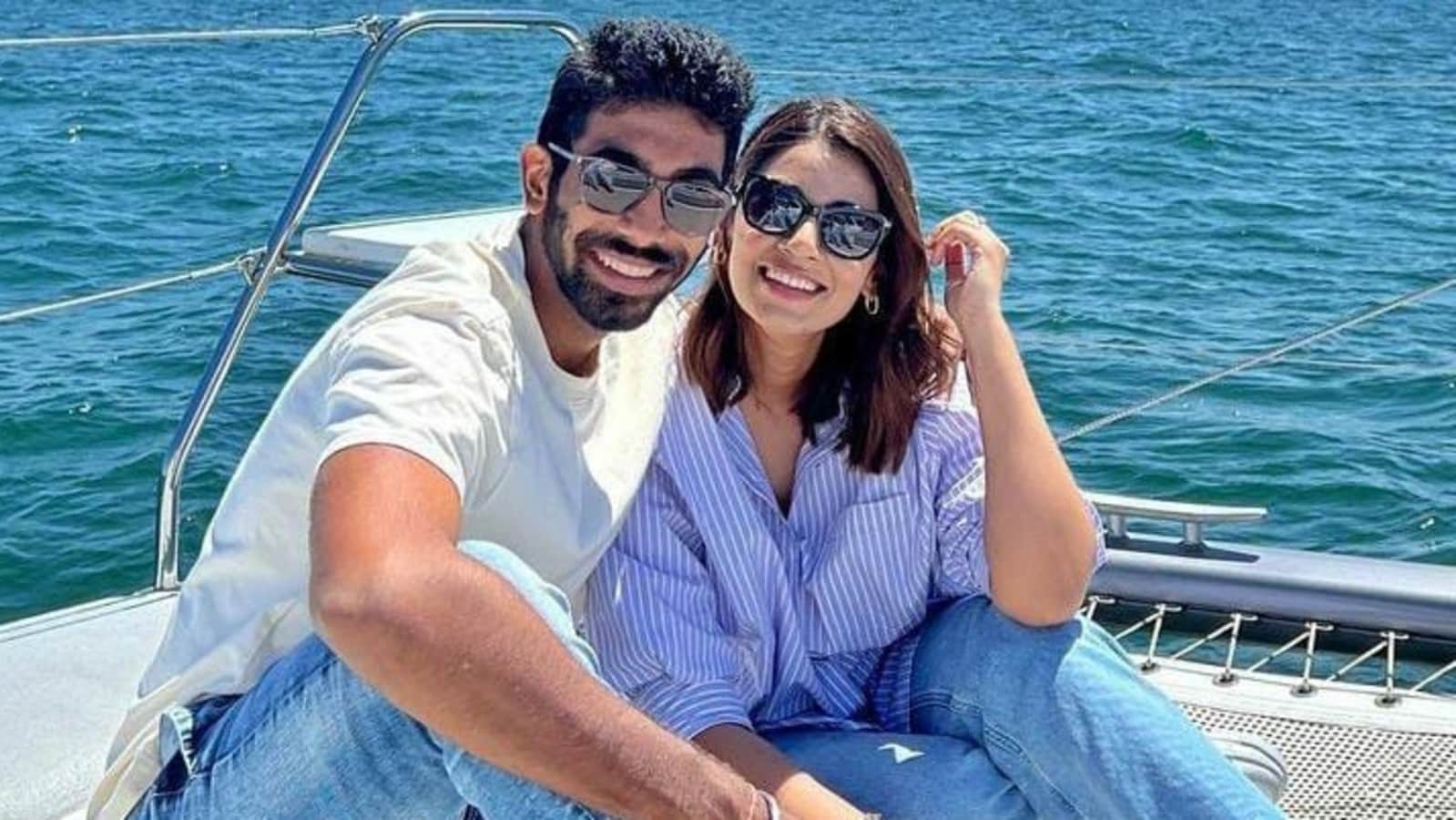 Sanjana Ganesan, TV presenter and wife of cricketer Jasprit Bumrah, recently grabbed attention for her response to a social media user, who had taken a dig at the fast bowler, after she posted their throwback photo on Instagram. He had criticised the couple for vacationing while India lost to Pakistan in the ongoing Asia Cup 2022. After a section of social media users reportedly spoke in a negative manner about the person, Sanjana has said that while it was ‘important to stand up to internet trolls and bullies’ she did not agree with making it about ‘someone’s religion, nationality, ethnicity or identity’. Read more: Sanjana Ganesan’s sassy reply to troll on her, Jasprit Bumrah’s pic wins fans over

On Monday, Sanjana had shared a throwback vacation picture of herself and Jasprit sitting on a boat in the middle of the sea. In the caption, Sanjana wrote, “Just a lovely throwback photo of Jasprit, me and Jasprit’s sneakers (the real stars of this picture).” A fan commented on her post and said it was a shame that the two were holidaying, while India had lost a match to Pakistan. He commented, “Waha India ki m**-b**** pade hui hai or yeh gum rahe (The team is in dire straits there and these two are vacationing).” To which Sanjana responded and wrote, “Throwback photo hai, dikhta nahi kya chomu aadmi (It’s a throwback photo, can’t you see you fool).”

While many praised Sanjana for taking on a ‘troll’ and giving a meme-worthy reply, she said in her latest message on Instagram that while she promises to try and make the internet a better place by taking down ‘one chomu aadmi’ at a time, she was not too pleased with those, who somehow made it all about her ‘troll’s religion, nationality, ethnicity and identity’.

Sanjana posted a note on her Instagram Stories, which read, “While I do think it’s important to stand up to internet trolls and bullies, I do not agree with dragging someone’s religion, nationality, ethnicity or identity into the matter and I sincerely urge you to consider doing the same. Internet trolls aren’t the way they are because of the religion, ethnicity or nationality, it’s just a lack of common sense. I promise to keep trying to make the internet a better place, taking down one chomu aadmi (fool) at a time. Love, Sanjana.”

Sanjana and Jasprit married in an intimate ceremony in Goa last year. Sanjana began her career as a model. She had participated in the Miss India beauty pageant in 2014, where she was a finalist. She also featured in the reality show MTV Splitsvilla later that year. Sanjana then moved to sports presenting, hosting a special show for Shah Rukh Khan’s Kolkata Knight Riders, as well as presenting pre-match shows in IPL and World Cup.

Boy gets a cute puppy as 12th birthday gift after wanting one for years. Watch emotional video