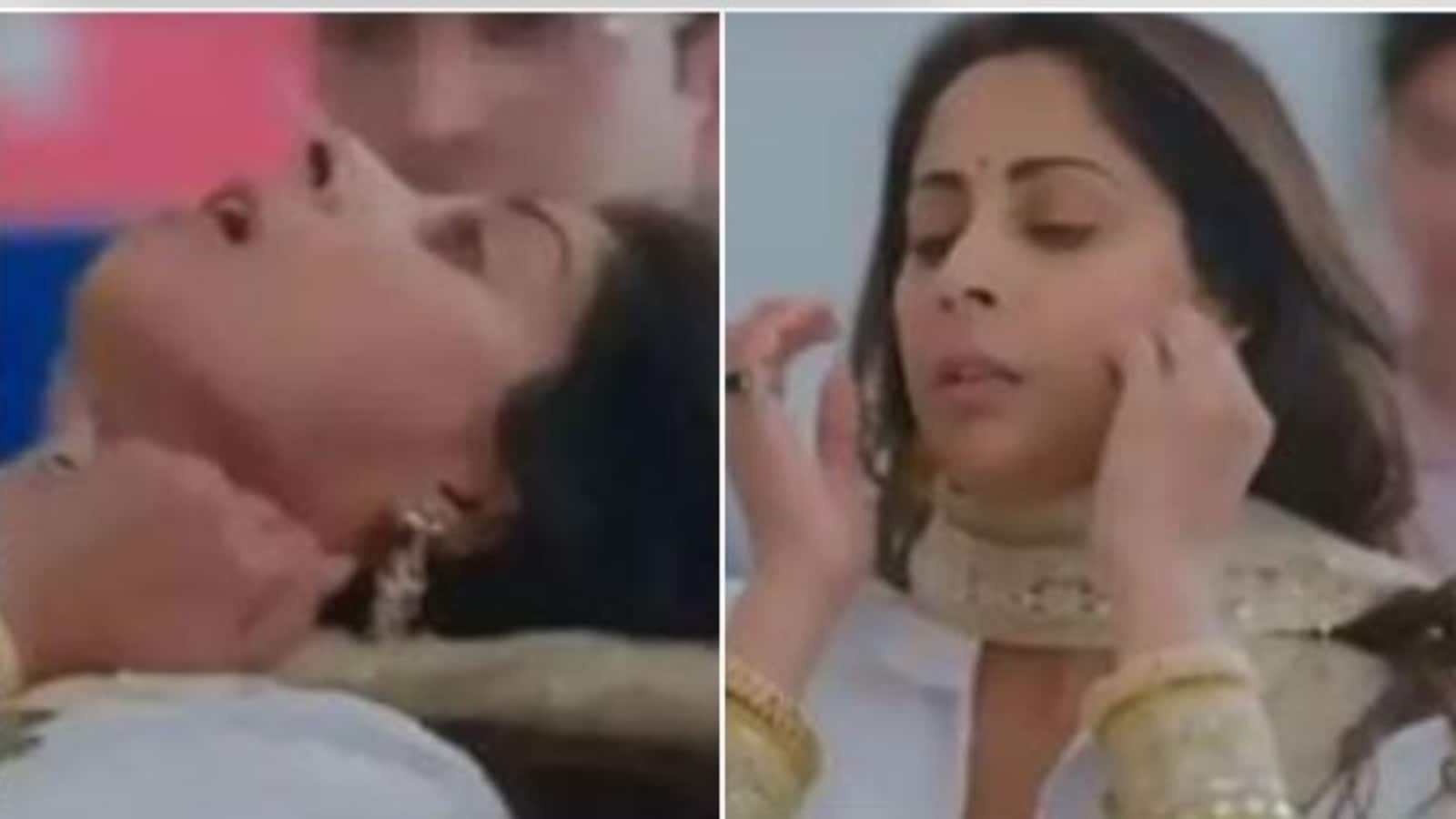 A day after her scene from popular TV show Swarna Ghar went viral and was widely criticised for the lack of logic, Sangita Ghosh has said that actors do not have much say in such a situation. Sangita also slammed Kamya Panjabi for her response to the scene and shared a note on her Instagram page.

The scene showed one end of Sangita’s dupatta stuck in a room fan. She apppears to be choking on it with only end stuck and the other end left loose. In her Twitter post sharing the viral clip from Swarn Ghar, Kamya wrote, “This is precisely why despite having some brilliant actors TV content is looked down upon, compared to films and web.” Sangita shared a screenshot of a news article on Kamya’s tweet and wrote, “What a shame the person who works in the industry himself is saying such a thing. The one who works for TV, considers TV less than OTT and films, what should I say?”

She added, “TV shows are not deemed less, nor will they ever be considered any less. Drama is there in everything — be it film or OTT. All the three things are for the entertainment of the audience and it is a shame that a person who works in TV industry is looking down upon it.”

Sangita also shared a note that read: “I take everything with a pinch of salt and did the same with this video. I think when your audience gives you so much love and appreciation, they also have the right to criticise. I told everyone on the set that at least hum viral hogaye (we went viral). We do make mistakes in life and shows. One has to move on/ eventually the intention and the execution did not come out the way it was planned. The team has already realised where they went wrong. And as actors, we do not have the last word but I think everyone will be careful next time.”

It further said, “The show is a progressive one and has been lauded for its content. Yes, we faltered but that doesn’t mean we are not doing good work. Television has been instrumental in le taking up so many sensitive topics. I, myself, have done some amazing work.” Sharing the note on Instagram, Sangita wrote, “About Viral Video from one episode of #SwaranGhar @colorstv @dreamiyata @voot.”

Actor Supriya Shukla was one of the first ones to comment. “Keep rocking. Kuch toh log kahenge… Logon ka kaam hai kehna (People will say things, that is their job),” she wrote. Fans also showered love on Sangita. One of them wrote, “You are multi talented actress I have ever known. You are doing a great job in Swaran Ghar. Huge respect for your decision. I agree with you. Keep shining and rocking. Loving Swaran Ghar show.”

Divya Agarwal asks fans to ‘stop trying’ to get her and Varun Sood back together, he says, ‘let people breathe’

Which of these states has had 3 Chief Ministers in 2021?

Munawar Faruqui reacts to Sunil Pal accusing him of vulgar comedy: ‘I respect comedy as much as you do’