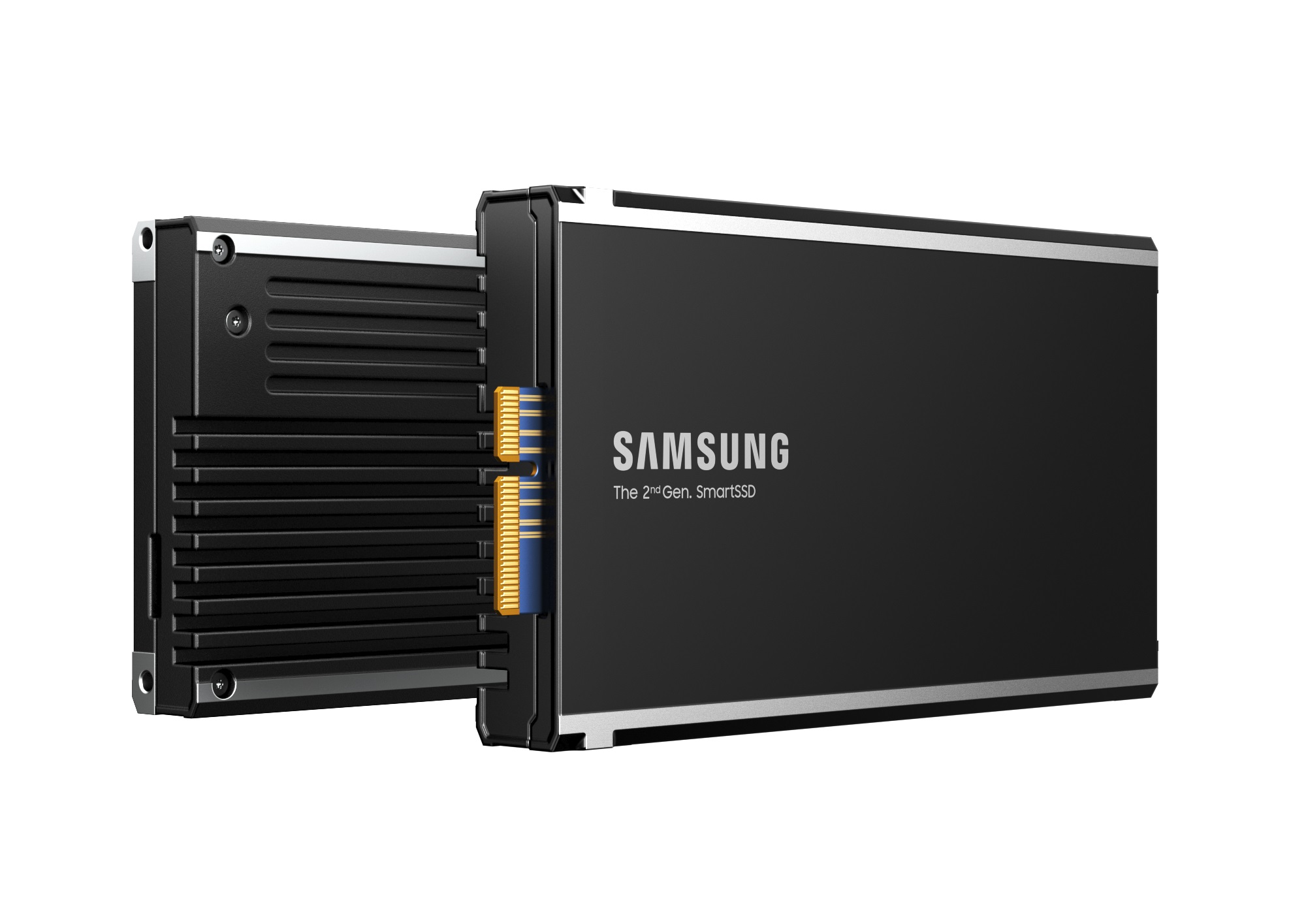 Samsung is trying to make its SmartSSD even smarter. The company recently unveiled the second generation of its computational SSDs. Samsung says the new SmartSSD will process data faster and reduce latency between the SSD and the CPU. This should help cut down on concerns about the CPU bottlenecking the speed at which the SmartSSD performs.

Samsung says that its new SmartSSD can process data 50% faster than the previous generation. It also uses 70 percent less power and reduces CPU utilization by 97 percent compared to standard SSD devices. That means the new SmartSSD should allow you to make use of your frequently accessed data without any bottlenecking.

This isn’t Samsung’s first foray into computational storage, either. As noted above, this is the company’s second generation SmartSSD. The first offering wasn’t bad, offering some improvements over traditional storage options. However, with the new features and technology that Samsung’s SmartSSD now offers, you can expect it to push the bar a bit more. Samsung also has a long history with SSDs.

One of the ways that Samsung’s new SmartSSD improved upon traditional is by removing the need to process information access on the CPU. It does this thanks to a system built into the SSD itself. AMD Xilinx Versal FPGA powers the SSD.

Essentially, AMD Xilinx Versal FPGA allows Samsung’s SmartSSD to skip sending data to other components to process. It’s a good move, and one that’s proving to be useful, especially in systems where data movement is important.

For the moment, Samsung’s SmartSSD is more geared towards the AI/ML inferencing market. That means users who rely on analytics and transcoding will be able to rely on the faster speed of the SmartSSD to be able to process their data quicker. For now, the new system is being pushed for commercial use. It’s unclear exactly when they might become more individualized.

For now, though, Samsung is showing some noticeable gains in a market where users might not see much of a problem. However, with data processing becoming more important for different companies, it’s important to streamline the process as much as possible.

Exclusive! Aamir Ali -Sanjeeda Shaikh not co-parenting anymore; the latter says, ‘To bring my daughter up in a positive environment is my utmost priority,...