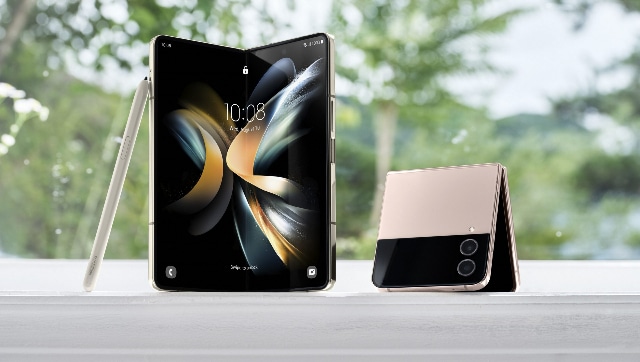 Samsung has projected that by the end of this year, they will have sold about 260 million units of smartphones across their different series. For 2023, they are hoping that they will be selling over 270 million units, most of which will be from their premium series.

The South Korean tech giant had its best in terms of sales back in 2017, when they had sold over 320 million smartphones across different ranges. In order to get back to those sort of numbers in the future, Samsung will be pushing hard on their foldable smartphones. If some reports are to be believed, they will also be launching more budget-friendly versions of their Z Fold and Z Flip series. Samsung believes that it can help it grow its profitability rather than sheer sales volumes overall.

Getting back to the magical mark of 300 million plus units sold will certainly not be an easy task as more and more smartphone manufacturers are offering premium-level features for a fraction of the price that legacy brands like Samsung provide. Moreover, as compared to 2017, Samsung has much stiffer competition from brands like Xiaomi, Oppo and Vivo, who have captured a significant chunk of the market where Samsung had most of their sales come from.

What makes matters worse for Samsung, is the fact that due to the looming recession and current economic slowdowns across the world, people aren’t upgrading their smartphones as frequently as they used to, especially if they are already using a premium or flagship offering from one or two years ago.

Instead of giving up on profitability by trying to move as many cheap devices as possible in 2023, it will allegedly change gears to “defend profits” by increasing the proportion of premium products it sells. This is where foldable are as of yet unrivalled for the company, with Samsung forecasting an average annual growth rate for them of 80 per cent by 2024. Samsung aims to ship at least 60 million units of its premium S and Z series devices, and about 210 million units of the A series next year.

Regarding foldables specifically, however, its plans may be derailed if one or more Chinese smartphone makers finally decide to launch their foldables internationally, where Samsung currently rules unencumbered.

Those competitors can and most likely will challenge Samsung’s reign on pricing grounds, and thus may force it to issue some cuts in those all-too-delicious profit margins. What’s more is that Google is also rumoured to be preparing a foldable device that will take on Samsung’s foldables, drawing more customers away from the South Korean tech giant.

As for next year’s Samsung Galaxy Z Flip and Fold devices, they will come with improved designs, better durability, and a less noticeable screen crease. This basically means that internally, there won’t be a ton of improvement or changes.

AWS & CompTIA ebooks for $20: Study for IT interviews, certification exams

Lock Upp: Sara Khan asks ex-husband Ali Mercchant to not talk about their past on the show: ‘12 saal ho gaye…’