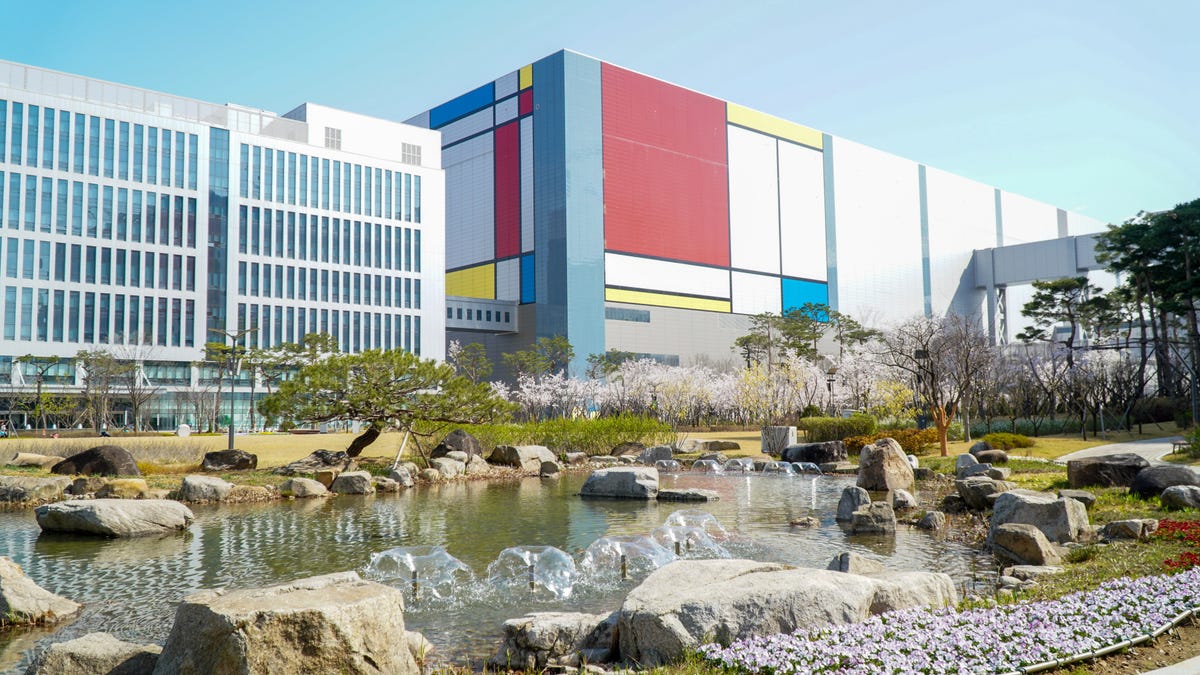 The company’s Device Experience (DX) Division, its consumer electronics division that manufactures smartphones, TVs and other gadgets, will aim to reach the goal by 2030. Ultimately, Samsung said it aims to reach net zero carbon emissions across all its global operations including its Device Solutions (DS) Division, the company’s semiconductor division that makes computer chips, by 2050.

By reaching net zero carbon emissions from direct and indirect sources, Samsung said it will be reducing carbon dioxide-equivalent emissions by 17 million tons, which is how much it emitted in 2021.

The South Korean tech giant said it will earmark 7 trillion won in its environmental initiatives, excluding the cost of expansion of renewable energy use, by 2030. Some of these initiatives include reducing process gas emissions, conserving water, collecting electronic waste and reducing pollutants, the company said.

Specifically, it will install treatment facilities on its semiconductor manufacturing lines, or fabs by 2030 to significantly reduce process gases. Water withdrawal levels of fabs in 2030 will also be maintained to 2021 levels, Samsung said. The chip division will also apply new technologies that remove air and water pollutants during production and treat them before they are discharged so that they have no environmental impact from 2040 onward.

Meanwhile, the South Korean tech giant also said it has joined RE100, the global initiative dedicated to pursuing 100% renewable energy. As part of the commitment, within five years, it will match the electric power needs of all markets it operates outside of Korea with renewable sources by entering power purchase agreements, buying energy certificates and taking part in green pricing programs.

Samsung laid out specific target dates for each region in its plan: 2022 for Southwest Asia and Vietnam, 2025 for Central and Latin America, and 2027 for Southeast Asia, Africa and the Commonwealth of Independent States.

The South Korean tech giant said it also plans to make its products more energy efficient and use less electricity. It plans to lower power consumption levels by an average of 30% in 2030 compared to 2019 in major products of seven product categories __ smartphones, refrigerators, watching machines, Acs, TVs, monitors and PCs.

It is also currently developing new ultra-low power memory chips that will significantly reduce power consumption levels of data centers and mobile devices by 2025 to current memory chips in the market.

Samsung will also set mid- to long-term reduction goals for its value chain for its products. The company said it will also increase its efforts to improve the resource circularity of its products over their entire lifecycle, from raw material sourcing, disposal to recycling.

It has created a new lab called Circular Economy Lab, a unit that will conduct research on technologies related to recycling and resource extractions. Another research lab, within Samsung’s advanced research unit Samsung Advanced Institute of Technology, called Carbon Capture Research Institute, established in September last year will develop carbon capture and utilization technologies for semiconductor industrial sites to turn stored carbon into usual resources. These technologies will be applied beginning in 2030.

Also, a system that will facilitate the reuse of minerals extracted from collected waste batteries will be put in place by 2030, Samsung said. Also by the same year, it will have 50% of plastics used in its products incorporate recycled resin, while by 2050 100% of its plastics will incorporate them. Samsung already runs such a program for its mobile phones that reuse discarded fishnets.

For accountability, Samsung will have designated organizations verified by designated company committees that will include third-party experts. A council chaired by the CEO and a sustainability committee consisting of outside directors will monitor the progress of its goals.

Fitbit is ending PC and Mac syncing, here’s what you have to do instead

Bharti Singh says people criticised her for resuming work after childbirth; said ‘she left her infant at home’