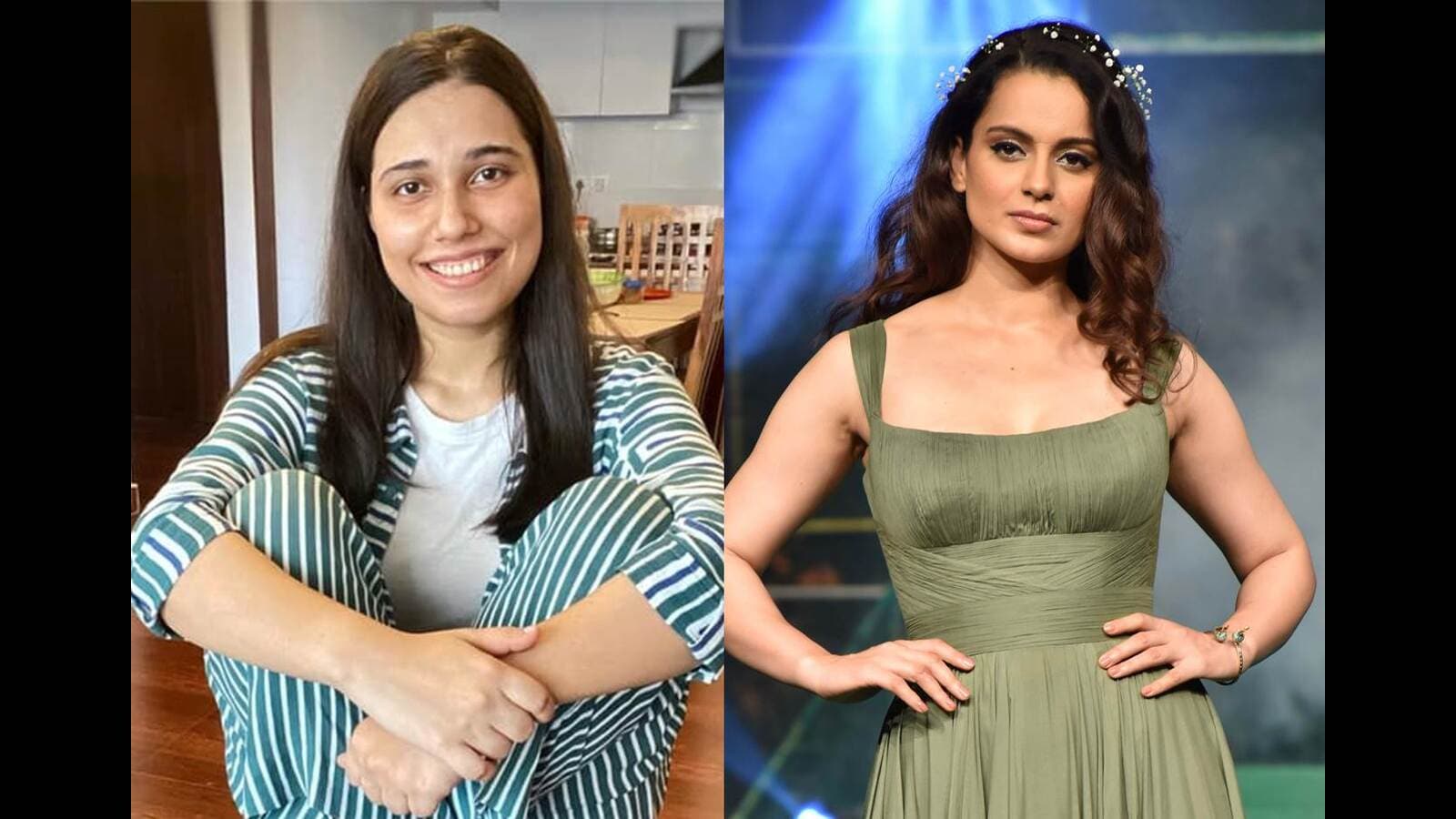 The content creator talks about facing trolls who believe she wouldn’t have an identity had it not been for actor Kangana Ranaut; adds that she doesn’t crib if people pick on her

Content creator Saloni Gaur rose to fame with her portrayal Nazma Aapi, a character known for her humorous and satirical take on everything trending in the social-political scenario. Over the years, Gaur has emerged as a social media sensation for her straight-faced humour. What has also stood out among her other character portrayals is a rendition of actor Kangana Ranaut.

The comic tells us, “We haven’t met but Kangana knows about it (my rendition). She lashed out at me a couple of times on social media. But that was fine. I really enjoyed reading what she wrote (laughs). I respect her for her acting skills; she’s wonderful. I don’t care about what she says because those are her personal belief system.”

Gaur has often faced trolls who have told her that she wouldn’t have an identity had it not been for Ranaut. Talking about it, she elaborates, “I can stop doing these videos, any day any minute. I might mimic her but it’s me who call the shots since I write the scripts. People know me because of Nazma Aapi. If people troll me in a funny way, I don’t mind it. I’m not someone who cribs if people pick on me. Itna bahot criticism toh chalta hai.”

Last month, the 22-year-old marked her acting debut with a web show, Campus Diaries. For her, it was opportunity to break her image as a comic. “What I’ve done so far is has largely been comedy. I did a satire show before. My sketches have also been comical. People haven’t seen me doing anything else apart from comedy. When I came to know that I’m supposed to play a relatively serious character who is rebellious, I thought it would be challenging. Hopefully, I’ll get more opportunities to act now,” ends Gaur, who has a film in the pipeline.

‘Raju Srivastava had become weak, I advised him to take things a bit easy’: Shekhar Suman on their chat 15 days ago