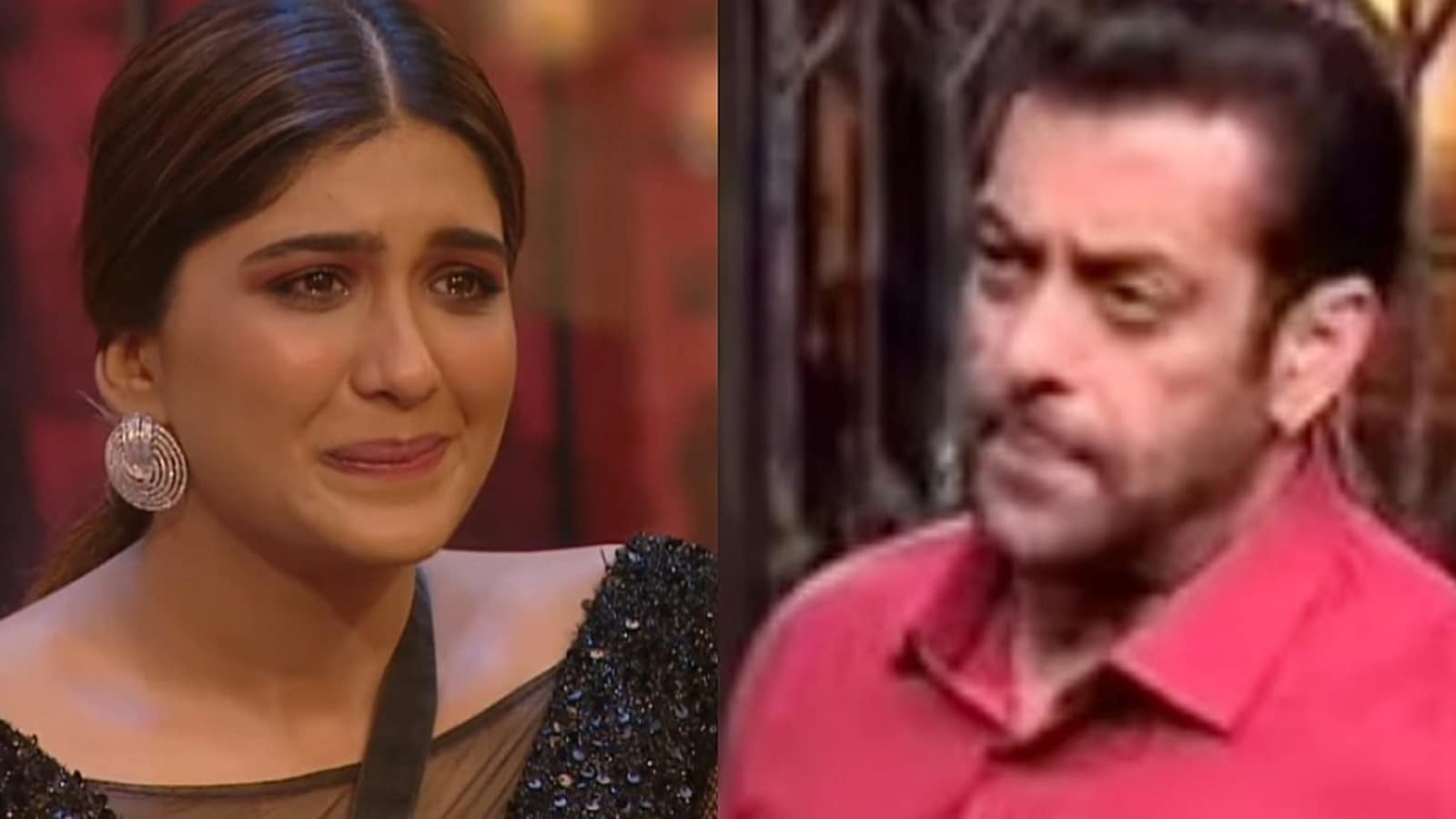 Nimrit Kaur Ahluwalia broke down after Salman Khan spoke about her lack of identity on the show in the Weekend ka Vaar episode of Bigg Boss 16. He said that after becoming friends with co-contestants Gautam Vig and Soundarya Sharma, Nimrit was reduced to their ‘third wheel’. Nimrit responded to Salman’s statement by saying she would be more vocal in the Bigg Boss house now on, but also added she was struggling without her medication. Also read: Bigg Boss 16’s Nimrit Kaur Ahluwalia battled mental health issues during Choti Sarrdaarni shoot, her mom confirms

Nimrti had struggled with mental health issues, when she worked on her popular TV show Choti Sarrdaarni. The actor’s mother had confirmed this a new interview. Recently, Nimrit had also told Bigg Boss that she had been feeling claustrophobic for three-four days, and was unable to sleep as her mind was cluttered and exhausted.

A promo of the upcoming episode was shared on Sunday by ColorsTV, where Salman and Nimrit discussed her current state in the Bigg Boss house. In the video, Salman asked the housemates, “Aapke hisab se iss ghar mein woh kaun hai jo bheed mein khoya hua hai (who according to you lacks personality the most in this house)?” After Soundarya, Tina Datta, Shiv Thakre and most other contestants took actor Sumbul Touqeer’s name, Salman said, “Mein unn sadasya ki baat kar raha hoon jinka apna opinion hain aur who nahi rakhti (I am talking about the contestant, who has an opinion, but is not expressing it).”

When Nimrit responded by saying Salman was speaking about her, the host told her in Hindi, “We have seen you make the house listen to your commands earlier, when you entered Bigg Boss 16. Then you became Soundarya and Gautam’s friends and got reduced to their third wheel… you need to keep moving…. you need to be strong.” An emotional Nimrit broke down and told Salman, “I have accepted this myself. I have also spoken to Bigg Boss about this (her mental health issues). I have been through a phrase. I am struggling without my medication… but I will be more vocal and take this a positive stride.”

Reacting to the promo, fans rallied behind Nimrit and showed their support for the actor. One wrote, “Nimrit is the best; she is going in the right direction. Keep it up Nimrit… Bigg Boss is a game about how calm you can be when people provoke you… remember.”