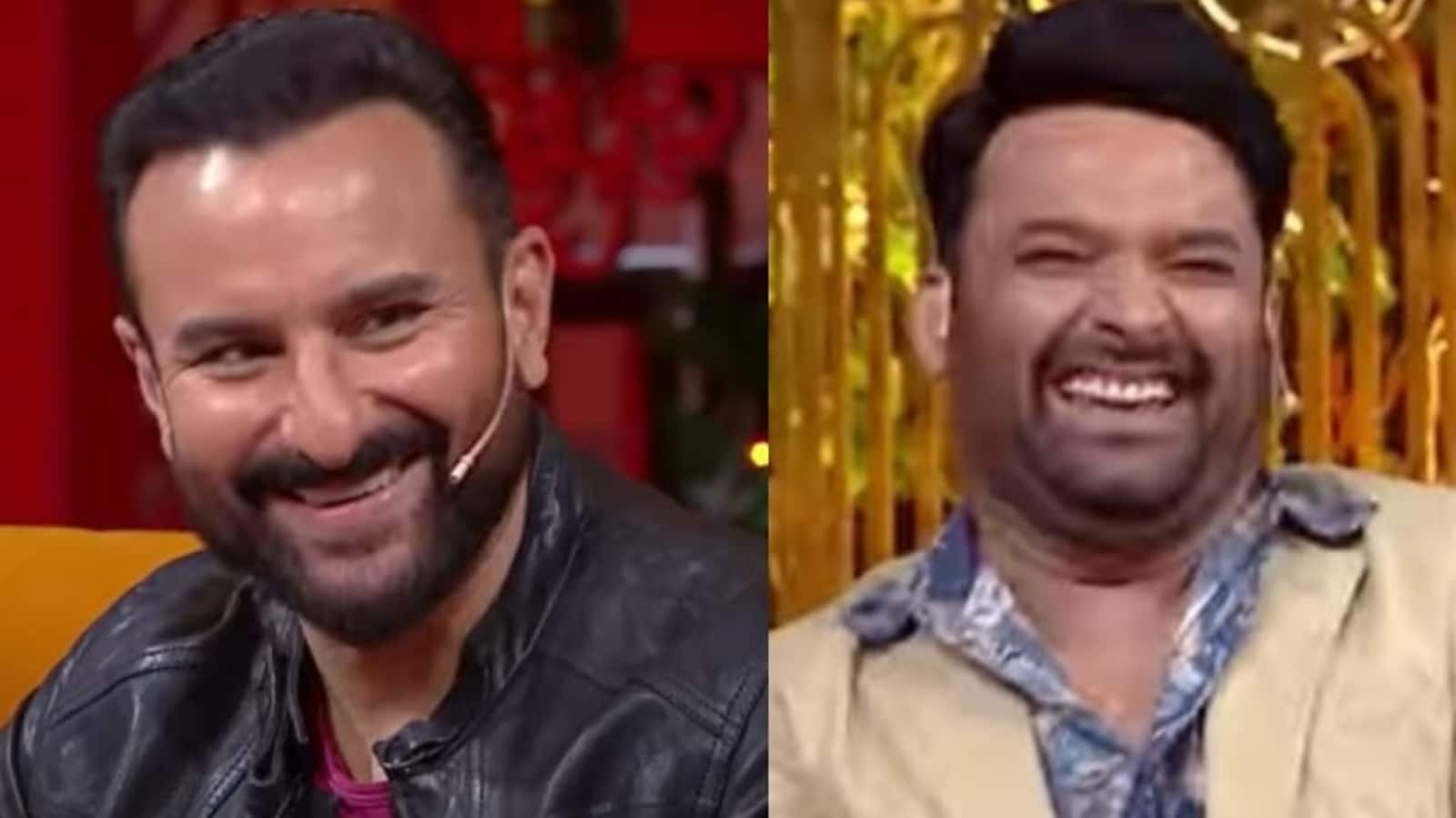 Saif Ali Khan will be seen next in Vikram Vedha co-starring Hrithik Roshan and Radhika Apte. Saif recently appeared along with Radhika on The Kapil Sharma Show to promote the upcoming film that releases in theatres on September 30. A promo video of the episode featuring Saif was released by Sony TV on Monday, where host Kapil Sharma joked about Saif always catching someone or the other in his films. Saif gave a funny reply as he reacted to Kapil’s joke. Also read: Kapil Sharma introduces cast of The Kapil Sharma Show

The Kapil Sharma Show promo opened with Kapil saying in Hindi, “In his last few films, we have seen Saif sir catching someone. In Bhoot Police (2021) he was trying to catch ghosts, in Bunty Aur Babli 2 (2021), he tried to nab fake Bunty and Babli. In this film (Vikram Vedha), he is chasing Hrithik sir. I have noticed he is an expert in catching. So, I want to ask you (Saif), when you visit your farmhouse, have you hired someone to catch the hen, too?” Saif Ali Khan could be seen chuckling as he answered Kapil’s question, and said, “Uske liye murga rakha hai maine (I have kept a cock for that).”

Along with the cast of Vikram Vedha, minus Hrithik, actor Archana Puran Singh, who is a permanent guest on The Kapil Sharma Show, was also seen in the promo clip. Recently, Saif along with Kareena Kapoor and their sons Taimur Ali Khan and Jehangir Ali Khan visited Pataudi Palace, which is owned by Saif’s family. Kareena had shared a series of photos of Taimur stepping out on a farm during the trip and plucking fresh veggies.

Earlier, actor Akshay Kumar had appeared on the first episode of the Kapil Sharma-hosted show to promote his latest release, Cuttputli. Akshay was joined by actors Rakul Preet Singh, Chandrachur Singh and Sargun Mehta as well as the film’s producer Jackky Bhagnani. The latest episode featuring Saif, will premiere this weekend on Sony TV at 9:30pm, the channel shared in an Instagram post.

Every major Apple hardware reveal to expect in 2023