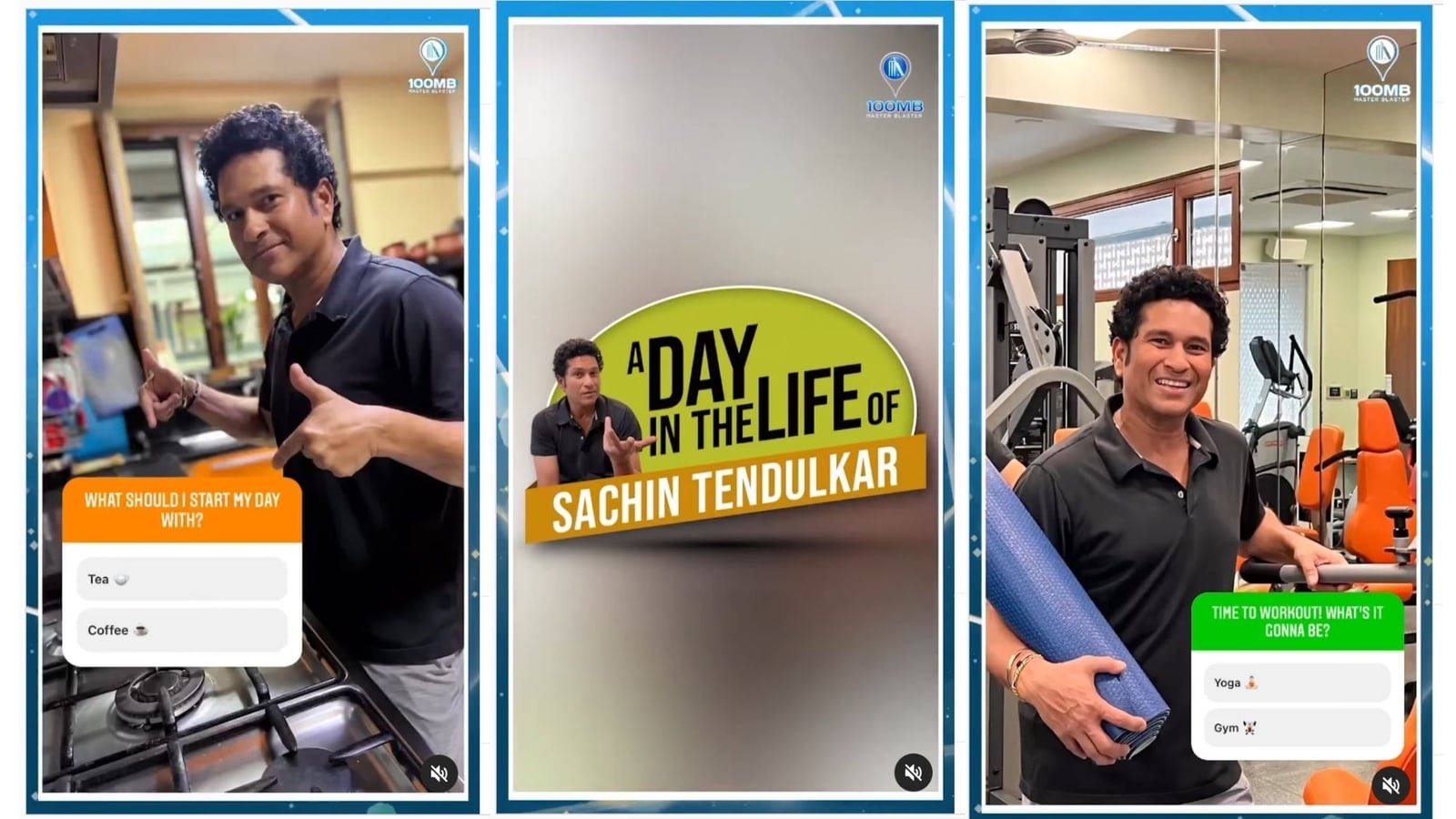 Sachin Tendulkar is a regular user of Instagram. From pet videos to cooking clips, he shares various posts. His posts never fail to create a buzz. Case in point, this video he posted a few hours ago. The video, however, has an interesting. Expectedly, the clip is winning people’s hearts and may have the same effect on you too.

“It was a lot of fun spending my day according to your choices!,” he wrote while posting the video. The video is created in a format where first a question along with two options, presumably asked by a fan, is shown. Then Tendulkar is seen performing one of the activities as an answer to the question. The first one shows him selecting his morning beverage. We won’t spoil the fun by giving away everything, so take a look:

The video, since being posted, has gathered over six lakh views and the numbers are only increasing. The post has also accumulated close to 69,000 likes, including one from Yuvraj Singh. Many shared various comments while reacting to the post.

“It was so fun can we do it once again,” wrote an Instagram user. “Nice,” posted another. “Loved it,” shared a third. Many also showcased their reactions using heart or fire emoticons.

Woman writes birthday song for her adorable pet doggo, sings it to him. Watch