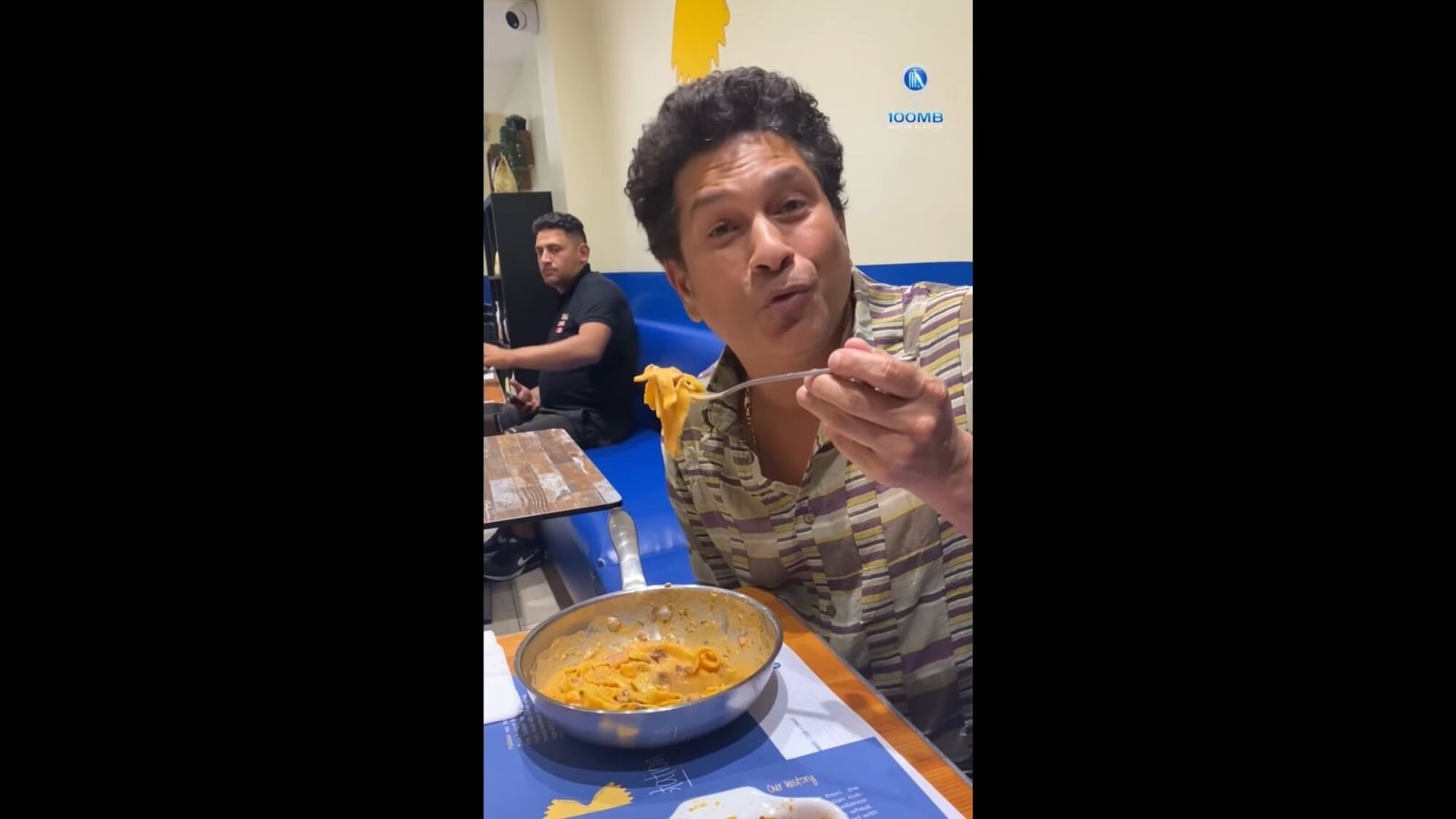 Master Blaster Sachin Tendulkar is an avid social media user who regularly posts routines from his life, particularly on Instagram with his 35.6 million followers. In his recent share, the legendary cricketer can be seen enjoying pasta at an eatery in London which was recommended by his daughter Sara Tendulkar.

“A taste of Italy in London! Never-ending goodness. PaStation recommended by Sara was just amazing,” read the caption of the throwback video shared on Instagram with face savouring delicious food emoticon and several hashtags, including #london, #pasta and #foodie.

The video opens to show pasta in a pan with a fork and Tendulkar saying, “Delicious pasta.” As the video progresses, Sachin Tendulkar, who is seen eating pasta, says, ” Need not be always a fancy restaurant. Its a simple restaurant but the food is delicious. That’s why I am here.”

He went on to say that the restaurant was recommended by his daughter Sara and that she hasn’t disappointed him and the person he went out with. The video further shows PaStation, a small Italian restaurant in London that serves delicious food.

Since being shared three days ago, the video has accumulated 3.2 million views. It has also amassed 3.3 lakh likes and received hundreds of comments from people who were stunned to see people casually enjoying their food in his presence.

PaStation London also dropped a comment on Sachin Tendulkar’s video. They wrote, “Thank you so much! We are glad you enjoyed it!” “Sir, the spaghetti over there is quite good…maybe you can try it out next time,” suggested an individual. Another expressed, “I am jealous of the guy in the black T-shirt.” “The legend Sachin Tendulkar is in the restaurant and everyone is busy eating! Strange,” pointed out a third.

Softbank to Meet With Samsung to Discuss ‘Strategic Alliance’ With Arm: Details

Bob Saget died of head trauma, says family: ‘He accidentally hit the back of his head’