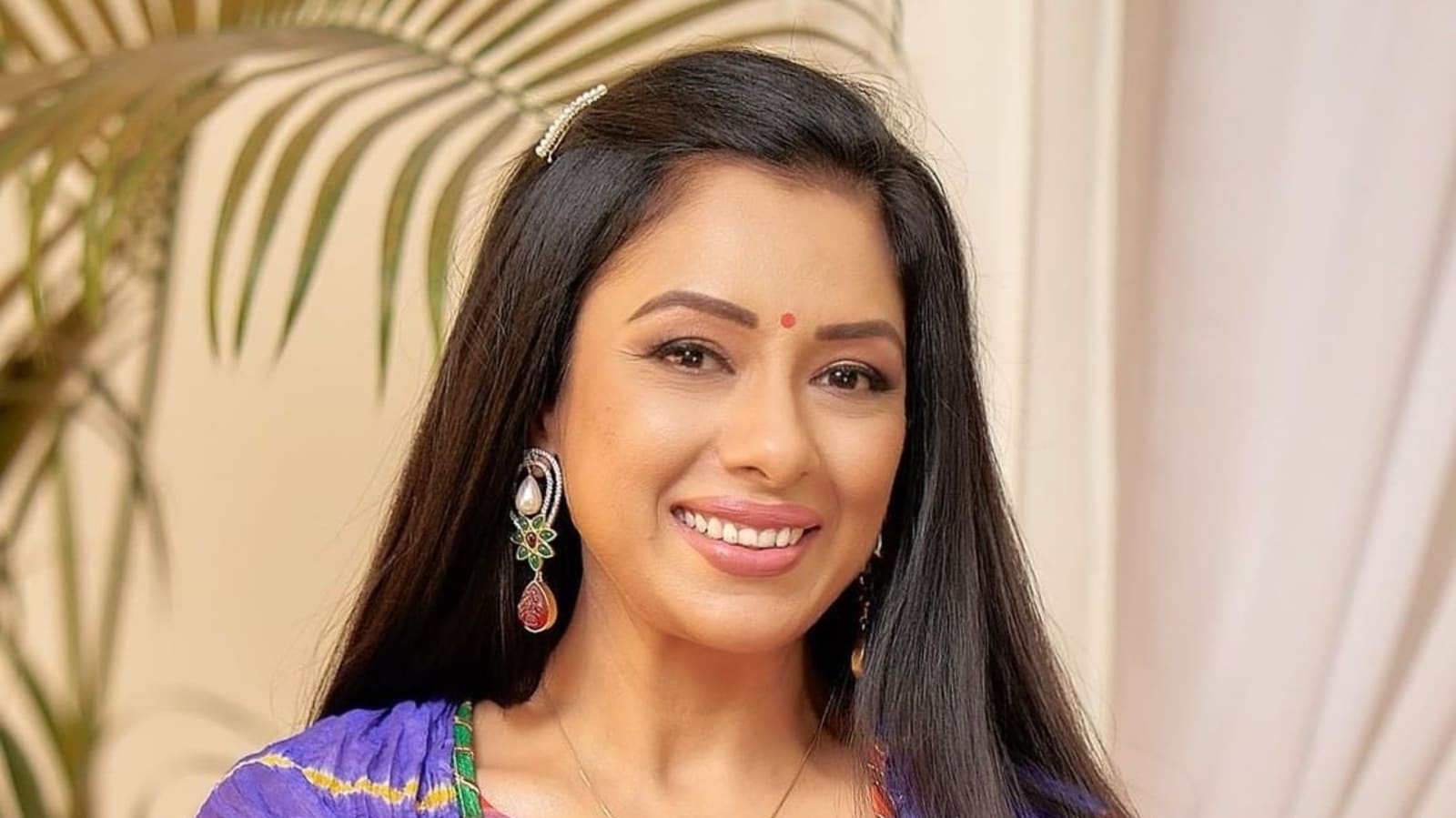 Television actor Rupali Ganguly was surprised to find the paparazzi waiting for her outside a salon and hid her face with her hands. She told them that she oiled her hair and said that she would return in some time to pose for pictures.

In a video shared on Instagram by a photographer, Rupali could be heard saying, “I have oil in my hair,” as she tried to beat a hasty retreat. She made a request to the media stationed outside the salon: “Mereko 20 minutes de de, main aa rahi hoon (Give me 20 minutes, I will be back).” However, she obliged a fan who wanted to take a selfie with her.

Some found Rupali to be ‘100% relatable’, with one Instagram user commenting, “Every girl’s problem.” Fans also showered love on her. “But she still looks beautiful,” one wrote, while another called her ‘grounded’. One fan made a reference to her character in Sarabhai Vs Sarabhai and joked, “Monisha will be Monisha.”

Currently, Rupali is seen playing the titular role in Anupamaa. The show marks her return to the small screen after several years; her previous outing was Parvarrish – Kuchh Khattee Kuchh Meethi, which ended in 2013.

Also read | Rupali Ganguly reveals she had trouble conceiving: ‘My son is no less than a miracle for me’

Talking about her break, Rupali told Hindustan Times that she was not too happy with the offers coming her way. “I wasn’t getting the kind of characters I wanted to play. I wasn’t keen on just playing a mother or sister. If I’m doing a daily soap I would like my character to drive the narrative. I wanted something that I haven’t done before. If the role doesn’t satisfy me, then it won’t reflect in my performance and I won’t be able to make it interesting for the audience. But that doesn’t mean there wasn’t anything good happening on TV, just that things didn’t work out for me,” she said.

iPadOS 16.2 brings new features to Stage Manager, including external monitor support — here’s how it all works