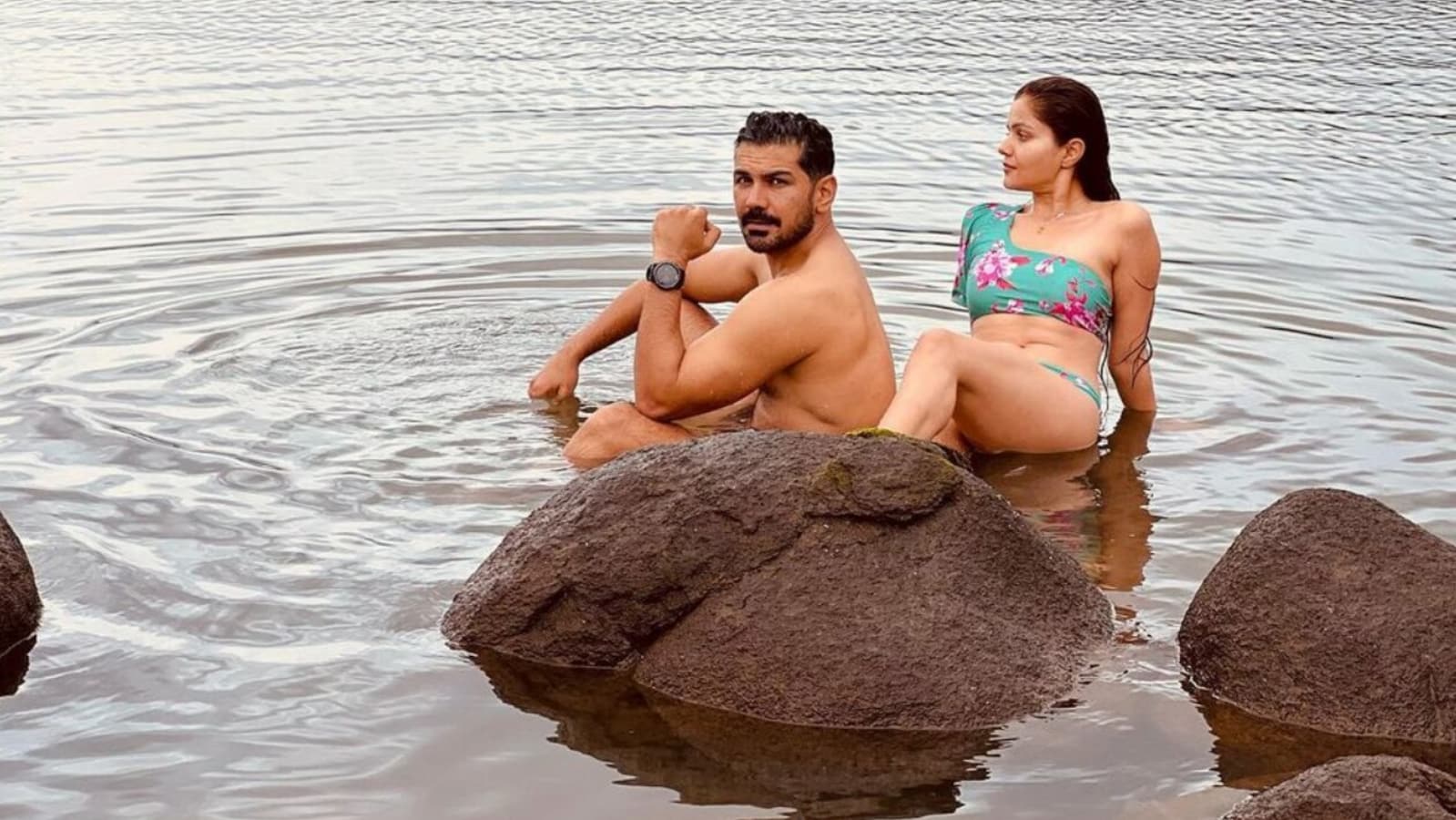 Rubina Dilaik has shared pictures of her relaxing vacation with actor-husband Abhinav Shukla around the monsoon-enveloped Maharashtra. She is enjoying the monsoon season with her husband, posing for pictures in a lake and making Reels in her colourful swimsuit. (Also Read: Khatron Ke Khiladi Season 12: Rubina Dilaik checks Kanika Mann’s phone)

The couple is making the most of their holiday this rainy season. Their pictures showed a cloudy sky, the lush greenery of different towns and villages in Maharashtra and the couple enjoying the calm lake or a stroll through the rain.

Rubina captioned the post as ‘Us #wanderlust’Skies.’ Reacting to the pictures, a fan wrote, “Descending winner, Rubina Dalik #kkk12.” Another person commented, “You two #rubinav is an emotion.”

The actors tied the knot in the presence of their family in 2018 and celebrated their fourth marriage anniversary recently. They were seen together on Bigg Boss season 14, hosted by Salman Khan. Rubina became the winner of Bigg Boss 14 by defeating Rahul Vaidya in the finale. Abhinav Shukla is an actor and model who participated on Fear Factor: Khatron ke Khiladi 11 and got eliminated before the finale.

Recently, Rubina Dilaik returned to India after completing the shoot of Katron Ke Khiladi 12 in South Africa. The adventure reality show airs every Saturday and Sunday at 9 pm on Colors. Among the other contestants on the show are Pratik Sehajpal, Sriti Jha, Nishant Bhat, Rajiv Adatia and others. The show is hosted by filmmaker Rohit Shetty. Rohit joined Khatron Ke Khiladi in 2014 as a host. Akshay Kumar was the host for the first two and fourth seasons of the show, while Priyanka Chopra hosted the third season. Rohit has been the host since he joined in the fifth season.