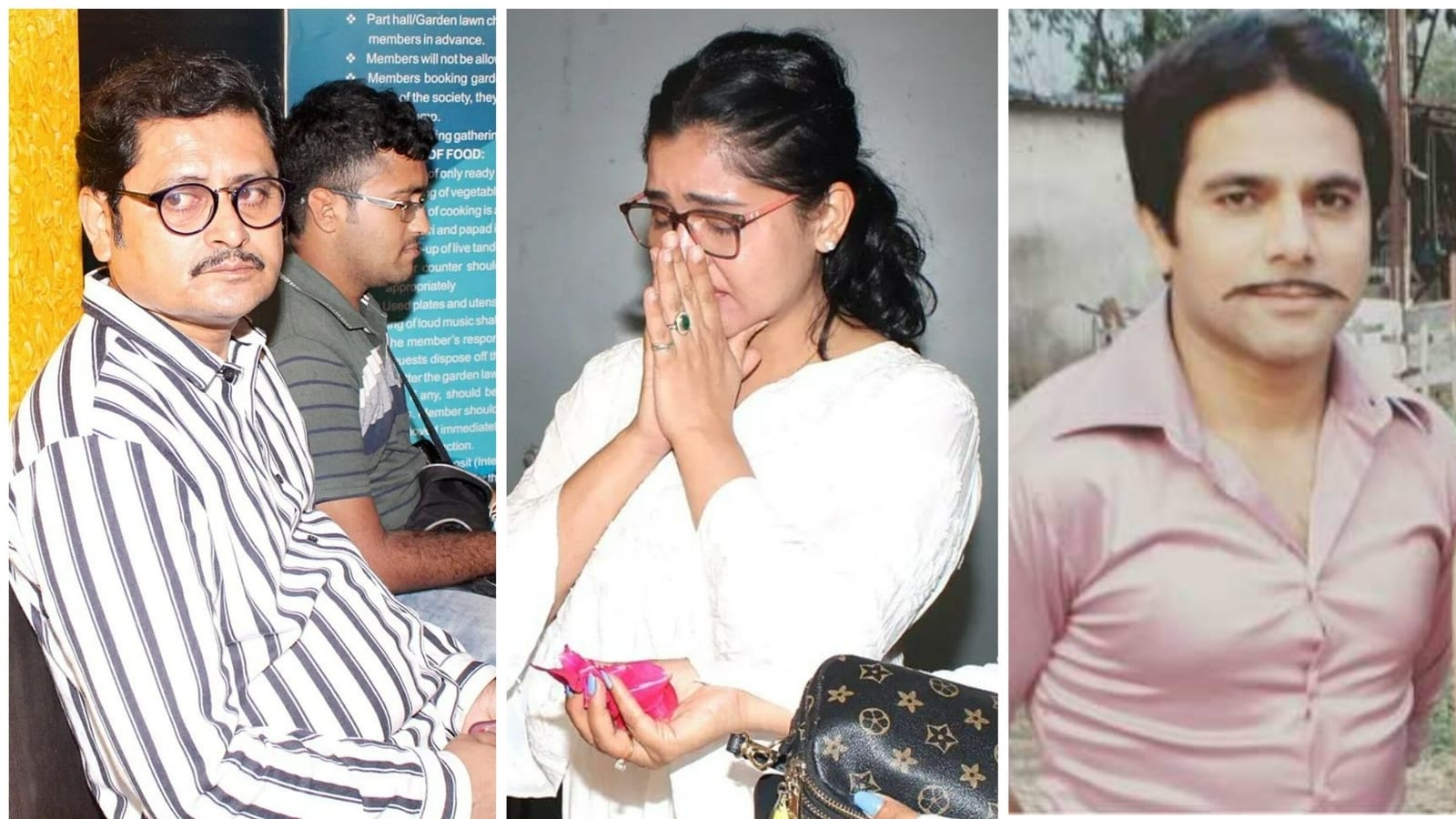 Deepesh Bhan’s untimely death has left his Bhabhiji Ghar Par Hai! co-stars heartbroken. As they attended a prayer meet on Monday in the memory of the late actor, many of them broke down and turned emotional on seeing his portrait with a garland on it. Also read: Bhabiji Ghar Par Hai’s Deepesh Bhan dies playing cricket; Producer calls him ‘sensitive’ and says, ‘I was like a mother’

Deepesh Bhan, who was known for playing Malkhan in Bhabhiji Ghar Par Hai!, collapsed early in the morning while playing cricket. He is survived by his wife and one-year-old child.

Deepesh had also worked in shows like FIR, Taarak Mehta Ka Ooltah Chashmah’ and May I Come In Madam?. He was 41. Showrunner Binaiferr Kohli told Hindustan Times that he was known to overexert himself. “I wasn’t aware of this otherwise I would have scolded him. They are saying that he exercised (in the morning), then he was coming (to the sets) and he stopped to play cricket. He hardly played, (and) blood came out of his nose or ear. I’m not sure. I haven’t asked much. I’m more bothered about his wife and child,” she said.

Earlier, actor Saumya Tandon, who once played the role of Anita on the show, shared a heartbreaking note on Instagram, along with a picture of Deepesh from the sets. She wrote, “Can’t believe you are gone. Can’t hear you laugh, or sing, and react to your PJs. You were a heart of gold. Light up heaven Deepesh Bhan with your goodness. Miss you.”

Actor Charrul Malik too reacted to Deepesh’s demise by posting an emotional post on social media. She plays the role of Rusa on the show and wrote, “RIP Yaara.. it’s hard to accept you are gone. Gone from our sight, but never from our hearts. Never ever thought I will be posting this for My Yaara. You will be missed Deepesh.”

National Science Day 2022: Interesting facts about Nobel Laureate CV Raman and why the day is important