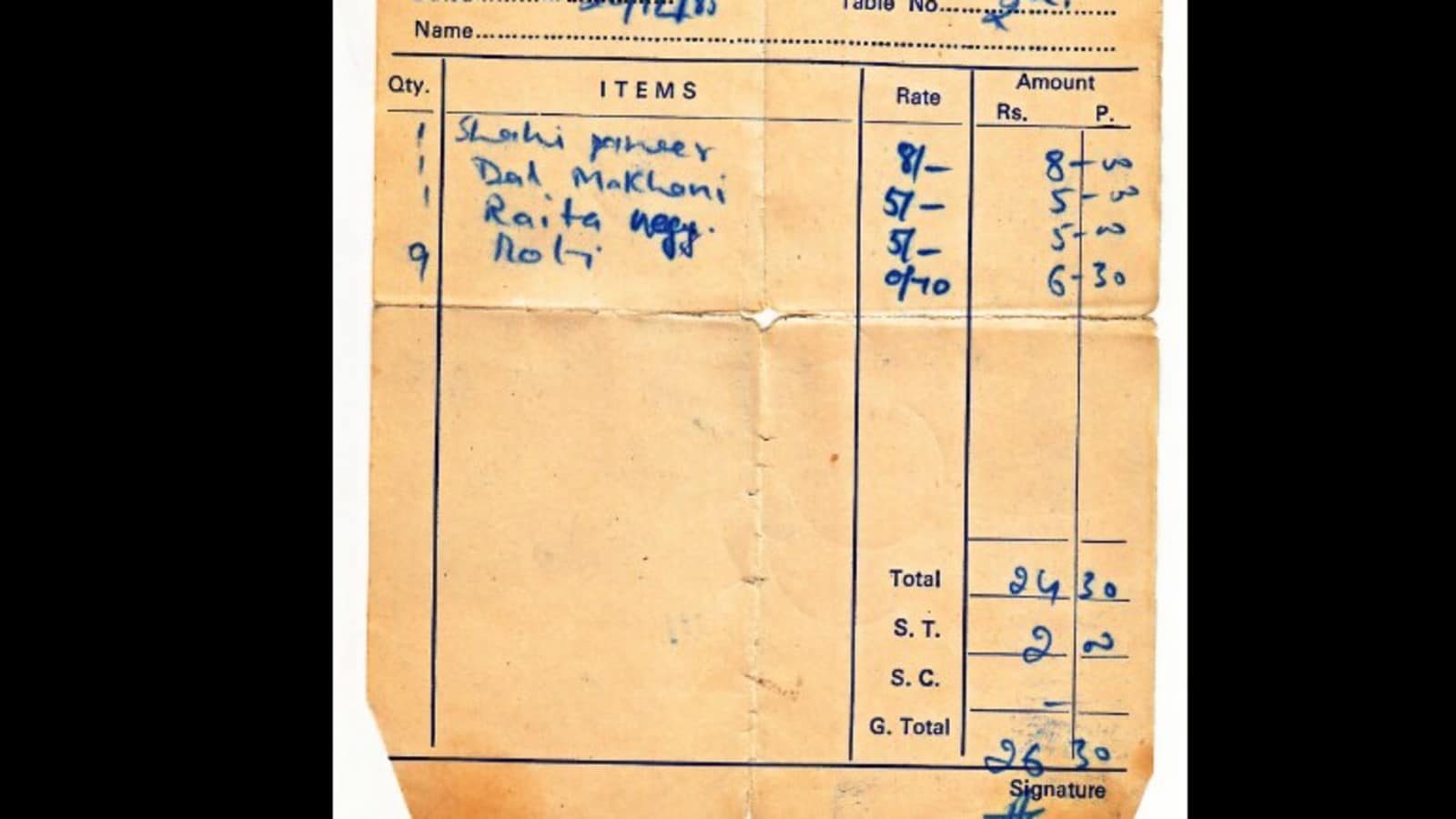 These days, eating from outside can turn out to be an expensive affair. A meal for two generally may cost us around ₹1000 or even more. Even though some don’t mind spending this much, it could be difficult for others to pay so much. While seeing such high bills is common these days, have you ever wondered what the cost of dishes might be around four decades ago? Well, allow us to tell you.

In an old Facebook post that has gone viral again, you can see the bill from 1985. The bill is from a popular restaurant in Delhi. The cost of four dishes, including dal makhani, raita, shahi paneer, and roti cost only ₹26.30! Isn’t that surprising?

Take a look at the image of the bill here:

Since being shared, this post has been liked 1800 times and has several comments. Many were surprised by the cost of the bill.

One person in the Facebook comments wrote, “Those were the real achhe din.” A second person said, “OMG. It was so cheap then. Yes of course, the value of money was far, far, far more those days.” A third person added, “At that time. Even this amount was a tight budget. Just see, there is no soup, starters, or dessert. “

‘No one had a problem until they showed how Diana was treated’: Twitter reacts to The Crown disclaimer row