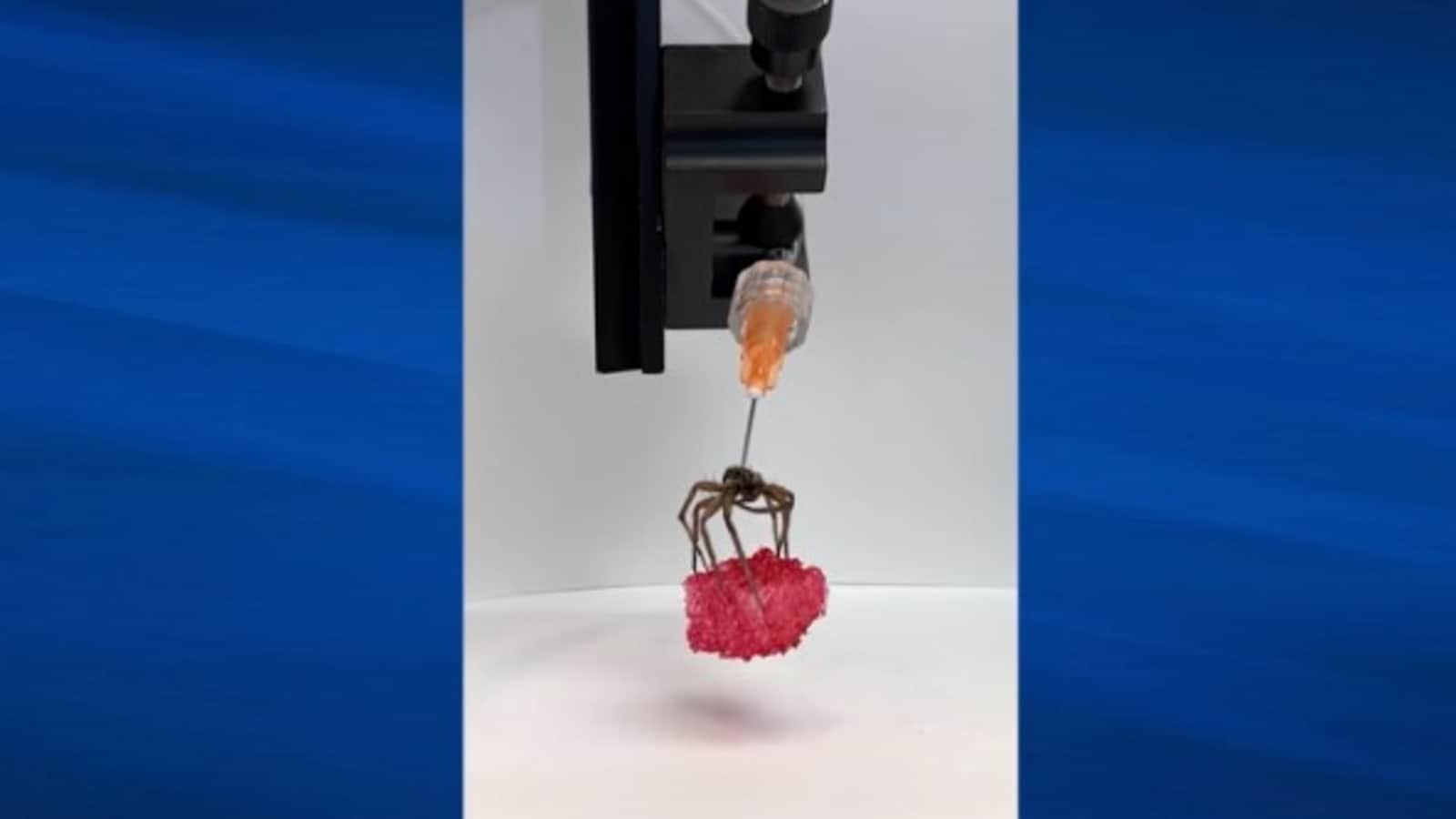 In a unique and absolutely bizarre scientific experiment, a few researchers turned dead spiders into robotic grippers. A video showing the research has freaked people out, especially arachnophobes. So, if you are someone who feels a chill going down your spine every time you see a spider, this clip is probably not for you.

USA’s Rice University shared the video of the research on their YouTube channel. They also added a few lines to describe the experiment. “Lab manipulates deceased spiders’ legs with a puff of air to serve as grabbers,” they titled the video.

“Rice University researchers have found a way to use dead spiders as a raw material for robotic grippers. Assistant Professor Daniel Preston and his research group of mechanical engineers found a dead spider in their lab and wondered why spiders’ legs curl up when they die. Turns out spiders extend their legs with hydraulic pressure, an ability they lose upon dying. Preston’s group tapped into the hydraulic infrastructure of dead spiders using a needle. With a puff of air, they could extend the spider’s legs. Releasing the pressure retracted the legs, allowing them to grab objects. Preston’s team has even coined a name for its new field: “Necrobotics.” Why use dead spiders? Preston said one big reason is to go green. ‘We’re not introducing a big waste stream, which can be a problem with more traditional components,’ he said,” they added.

Professor Preston, along with lead author Faye Yap, expressed how the experiment may seem like stuff of nightmares to some, reports a press release by Rice University. “Despite looking like it might have come back to life, we’re certain that it’s inanimate, and we’re using it in this case strictly as a material derived from a once-living spider. It’s providing us with something really useful,” said Preston.

Take a look at the video that shows how the researchers use a dead spider to pick up various small objects, including another spider.

The video has been posted on July 25. Since being shared, the video has gathered over one lakh views and the numbers are increasing. The share has also prompted people to post various comments.

“After seeing this I’d be afraid to see how you guys decorate for Halloween,” commented a YouTube user. “They were so preoccupied with whether they could, that they didn’t stop to think about if they should…,” shared another. “Necromancy is cliche, Necro-robotics however…,” commented a third. “FINALLY. We’re one step closer to full on cyborg spider zombies. Thought we would’ve had those by now, but better late than never, I guess,” wrote a fourth.