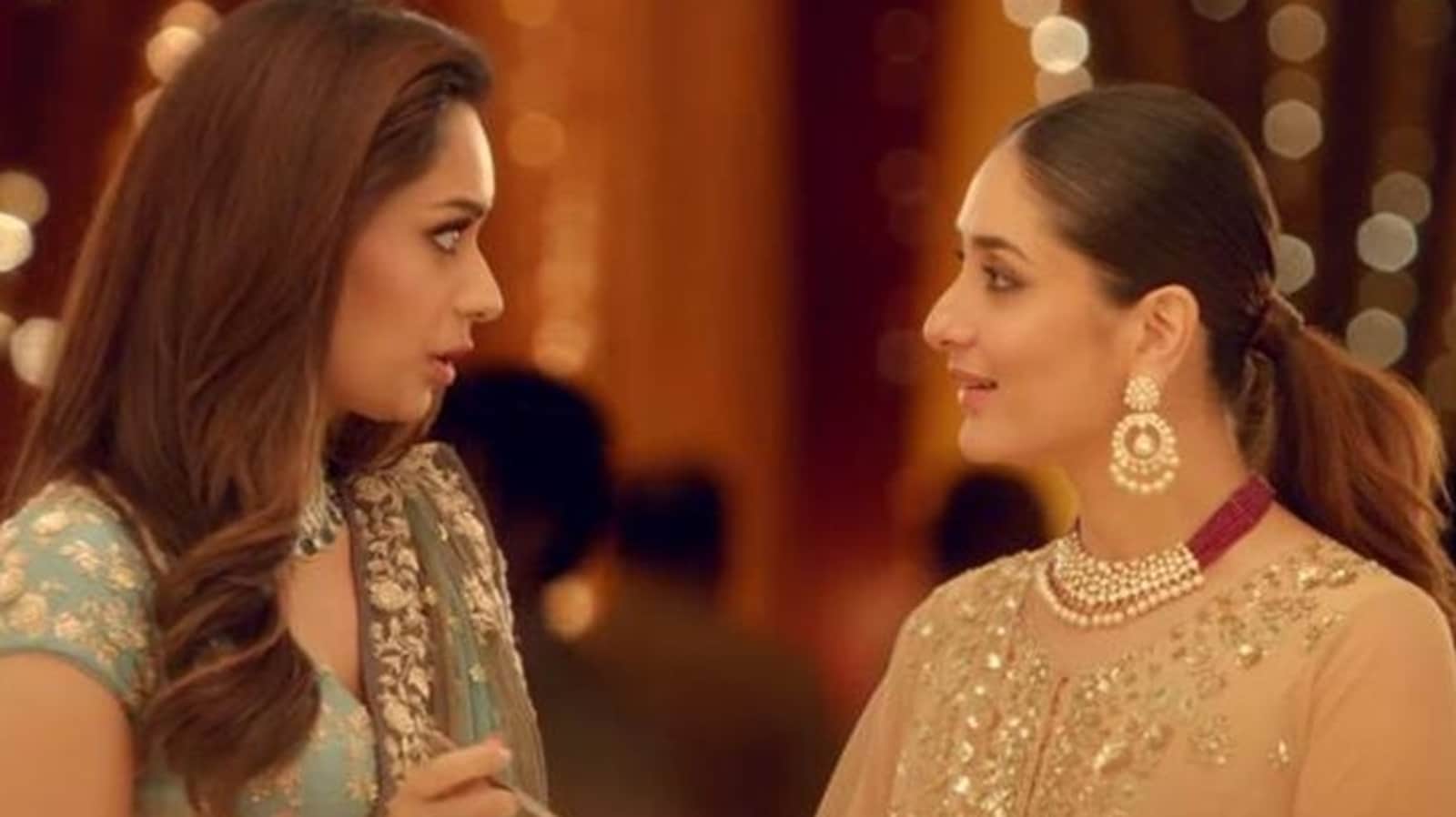 Aamir Khan and Kareena Kapoor grabbed eyeballs with their appearance on Koffee with Karan season 7 episode 5. The actors, who will be seen together in their upcoming film Laal Singh Chaddha, were the guests on the latest episode that dropped on Disney+ Hotstar on Thursday. During a segment on the Karan Johar show, Aamir spoke about how Kareena was not his first choice for the film. In fact, the ‘newbie’ Aamir was looking to cast in Laal Singh Chaddha featured with Kareena in an advertisement. Some Reddit users are convinced the ‘newbie’ is none other than Manushi Chhillar, former Miss World and actor. Read more: Aamir Khan roasted Karan Johar on KWK so much, he was reminded of Kangana Ranaut

Kareena Kapoor and Manushi were seen together in a 2018 commercial for Malabar Gold, a jewellery brand. In the ad, Manushi was seen sharing her wedding day plans as an excited Kareena said she too wanted to marry again after listening to Manushi. On the latest Koffee With Karan episode, Aamir said he was looking at the said ad with the film’s director Advait Chandan, in order to cast for Laal Singh Chaddha. They were looking to cast Manushi, who was ‘very good’ in the ad, but ‘were lost in Kareena’. That’s when they decided to rope in Kareena for the role, instead of Manushi, whom they originally wanted to cast.

Host Karan Johar asked Aamir, “Kareena wasn’t your first choice, was she?” To which, Aamir said, “No because we were actually thinking about age group. Both the characters have a journey from 18 to 50 years of life. Initially we thought the lesser the de-aging the better. So only I should de-age. We were looking at the age group of 25 (years). So that the actress can look younger and older.”

Aamir continued, “The casting director mentioned some new actress, who was a newbie. He showed us her video. Kareena too was in that ad. We were looking at the video for someone else. Advait (Advait Chandan) and I were watching and that girl was also very good; but when we saw Kareena in that, we were lost in Kareena. Both of us looked at each other and we said Kareena. We didn’t think of her originally because we thought (of casting someone who was) 25. We were stuck in that 25, which was a stupid thing. She too can get de-aging with me and whatever is required and I’m so glad we saw that ad because I cannot imagine anyone else in this role other than Kareena.”

Laal Singh Chaddha is the official Hindi remake of the 1994 film Forrest Gump. It starred Tom Hanks in the lead role. Directed by Advait Chandan of Secret Superstar fame, Aamir and Kareena-starrer Laal Singh Chaddha also features Mona Singh and Naga Chaitanya in important roles. The film is set for a theatrical release on August 11.

This YouTuber just made a mini Mac mini, and you need to see it