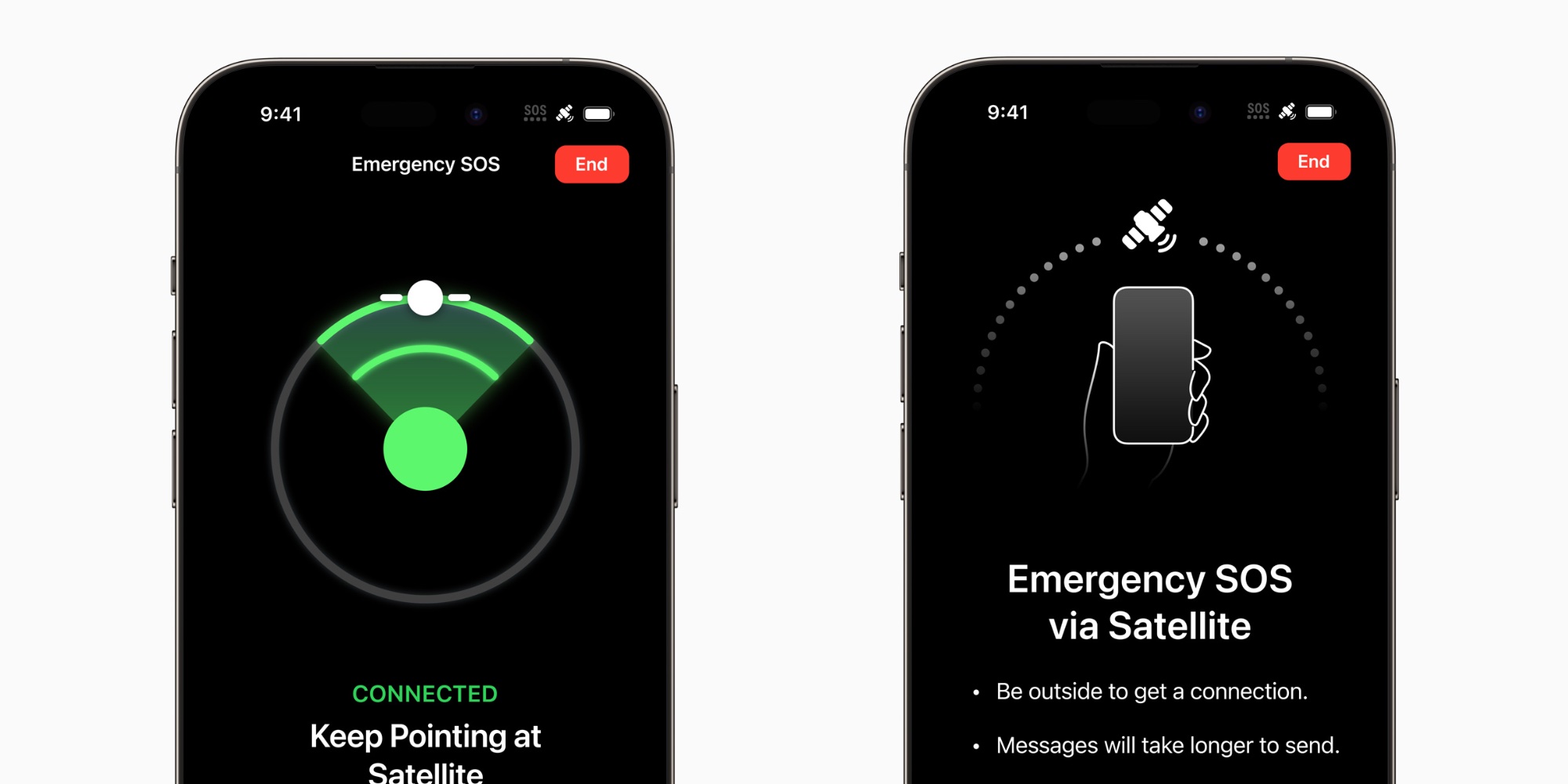 Last month, Apple launched its Emergency SOS via satellite safety service on iPhone 14. Apple originally announced the feature alongside the iPhone 14 in September, but it was not quite ready for primetime when the new iPhone arrived. Now that the feature is widely available, we’re already starting to hear some incredible stories about Emergency SOS.

Emergency SOS via satellite is a gamechanger

Earlier this week, one Reddit user described his family’s experience with the feature. Because of Emergency SOS, he was able to locate his wife immediately after she was involved in a car crash. In fact, he got to her before the ambulance even arrived on the scene:

Earlier today, while I was talking to my wife on the phone as she drove home from the store, I heard her scream, and the line went dead. Within several seconds, I received a notification from her iPhone telling me that she had been in a crash and giving me her exact location. I rush over there and was there before the ambulance arrived, which her phone had called.

Turns out a distracted driver crossed the centerline and slammed into my wife’s car head-on. Both her and the other driver are OK and are both recovering. Witnesses tried to call me, but she was so shook up that she wasn’t able to give them my phone number correctly. I only knew because her Apple device told me and I was there for her when she got in the ambulance.

If not for her iPhone, I never would have known and I would’ve been left wondering what had happened and worrying. I cannot express my appreciation enough for that crash detection feature.

If you aren’t fortunate enough to avoid serious injury in the event of a car crash, every second can count. That’s doubly true if your crash occurred miles from a populous area, where you could wait several minutes or hours before anyone else reports the incident.

In this case, Emergency SOS via satellite eliminated all of the anxious waiting for the Reddit user. He was able to rush out immediately to make sure that his wife was alright.

Arjun Bijlani recalls not feeling ready for baby after wife got pregnant: ‘I had only ₹50K. We decided not to do it’

How to add RAM to a laptop