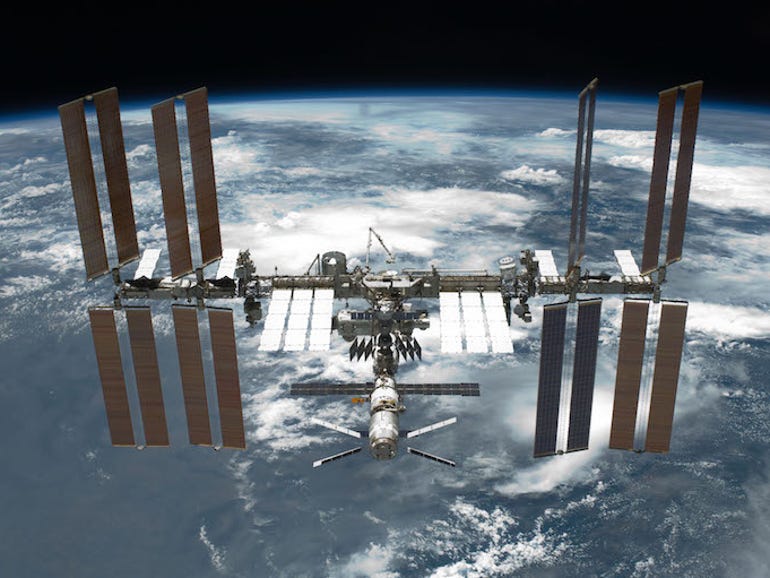 Two of the Raspberry Pi units recently launched for a mission on the International Space Station are now in action, in phase two of the education-focused European Astro Pi Challenge.

We last wrote about the new space-hardened Raspberry Pi units, dubbed Astro Pi, in September and they launched from NASA’s Kennedy Space Center in December as part of Expedition 66 on a Dragon Cargo spacecraft atop a SpaceX Falcon 9 rocket.

The AstroPi units are part of a project run by the European Space Agency (ESA) for the Earth-focused Mission Zero and Mission Space Lab. The former allows young Python programmers to take humidity readings on board ISS while the latter lets students run scientific various experiments on the space station using its sensors.

The AstroPi boards consist on Raspberry Pi 4 Model B with 8GB of memory, and include Raspberry Pi High Quality Camera, one of Google’s Coral Machine Learning Accelerators, a color and luminosity sensor, and a passive infrared sensor.

ESA’s Expedition 66 member Matthias Maurer, a German materials scientist and engineer, set up the Astro Pi units this month, according to NASA. These new units replace the “Ed and Izzy” Astro Pi pair, which have been on the ISS since 2015 when the first Astro Pi Challenge was launched by British ESA astronaut Tim Peake.

The units have been powered via a Griffin power adapter connected to an ISS AC power inverter, or via USB port on an ISS crew laptop, and operate without a keyboard, monitor or mouse. They’re configured to begin processing without crew interaction and are connected to the Joint Station LAN network via ethernet cable, according to NASA.

The new Astro Pi units have yet to be named and that task is being left to youngsters participating in Mission Zero, according to Raspberry Pi. Students are voting which European scientist the units should be named after.

“We’re looking forward to seeing the amazing experiments this year’s Astro Pi Mission Space Lab teams will perform on the new hardware, and what they’ll discover about life on Earth and in space,” Raspberry Pi’s Olympia Brown said.

The Astro Pi units needed to pass the ESA and NASA “Safety Gate” process, which includes a vibration test to ensure they can sustain launch conditions; a thermal test to ensure the device’s operating temperature doesn’t exceed 45 degrees Celsius and a test for sharp edges for crew safety; electromagnetic emissions and susceptibility tests; and power consumption tests.