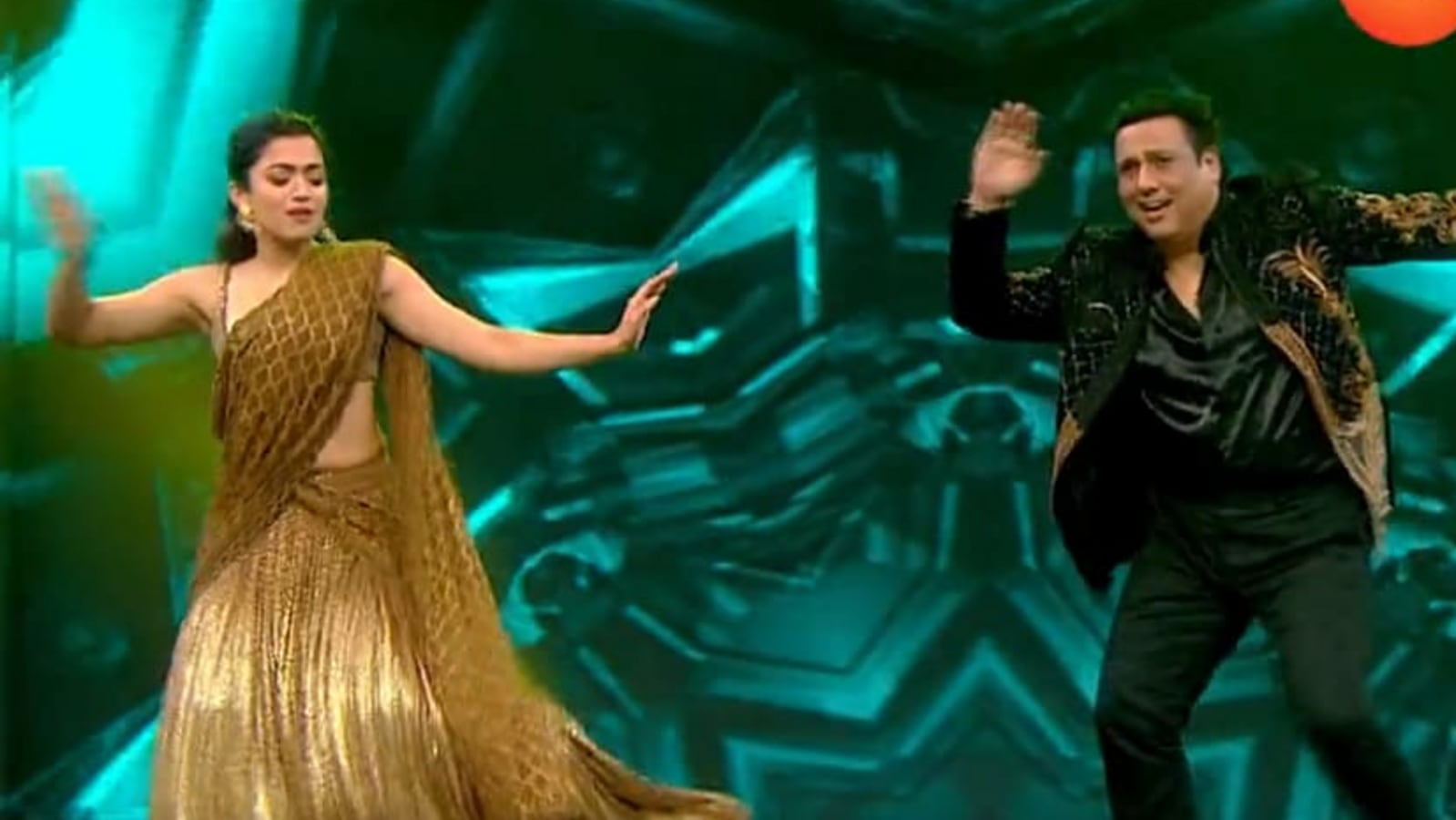 Rashmika Mandanna will be seen in the grand finale of DID Super Moms 3. The actor, who is gearing up for the release of her upcoming film Goodbye, will be dancing with Govinda on the show. The two will be shaking a leg to Rashmika’s song Saami Saami, from her 2021 film Pushpa: The Rise that featured Allu Arjun in the lead role. Also read: Rashmika Mandanna reacts to school girl dancing to Pushpa: The Rise song Saami Saami

On Saturday, Zee TV shared a promo video of the upcoming grand finale episode. In the 15-second clip, Govinda, who is regarded as one of the finest dancers in Bollywood, was seen matching steps with Rashmika Mandanna as they performed the Saami Saami hook step on stage. Sharing the video, the channel announced that Rashmika and Govinda would be seen on DID Super Moms grand finale on Sunday at 9pm.

Dance India Dance’s spin-off version DID Super Moms 3, is judged by veteran actors Urmila Matondkar and Bhagyashree, along with choreographer-director Remo D’Souza. The dance reality show that started airing on July 2 on Zee TV, marked Bhagyashree’s debut as a reality show judge, while Urmila returned as a TV judge after 15 years.

The song Saami Saami from Pushpa: The Rise featuring Arjun and Rashmika has been a fan favourite since its release. The Internet is filled with numerous videos showing people grooving to the catchy song. Recently, Rashmika took to Twitter to share a video of a young school girl dancing effortlessly to her song. Bowled over by the girl’s moves, Rashmika said the ‘cutie’ had made her day, and added that she wanted to meet her.

Rashmika will next be seen in Vikas Bahl’s Goodbye along with Amitabh Bachchan and Neena Gupta. Rashmika will also commence work on the second part in the Pushpa franchise, Pushpa: The Rule. The film will also star Allu Arjun and Fahadh F.

GPS jammers are being used to hijack trucks and down drones: How to stop them

This simple iPhone emergency gesture can save your life