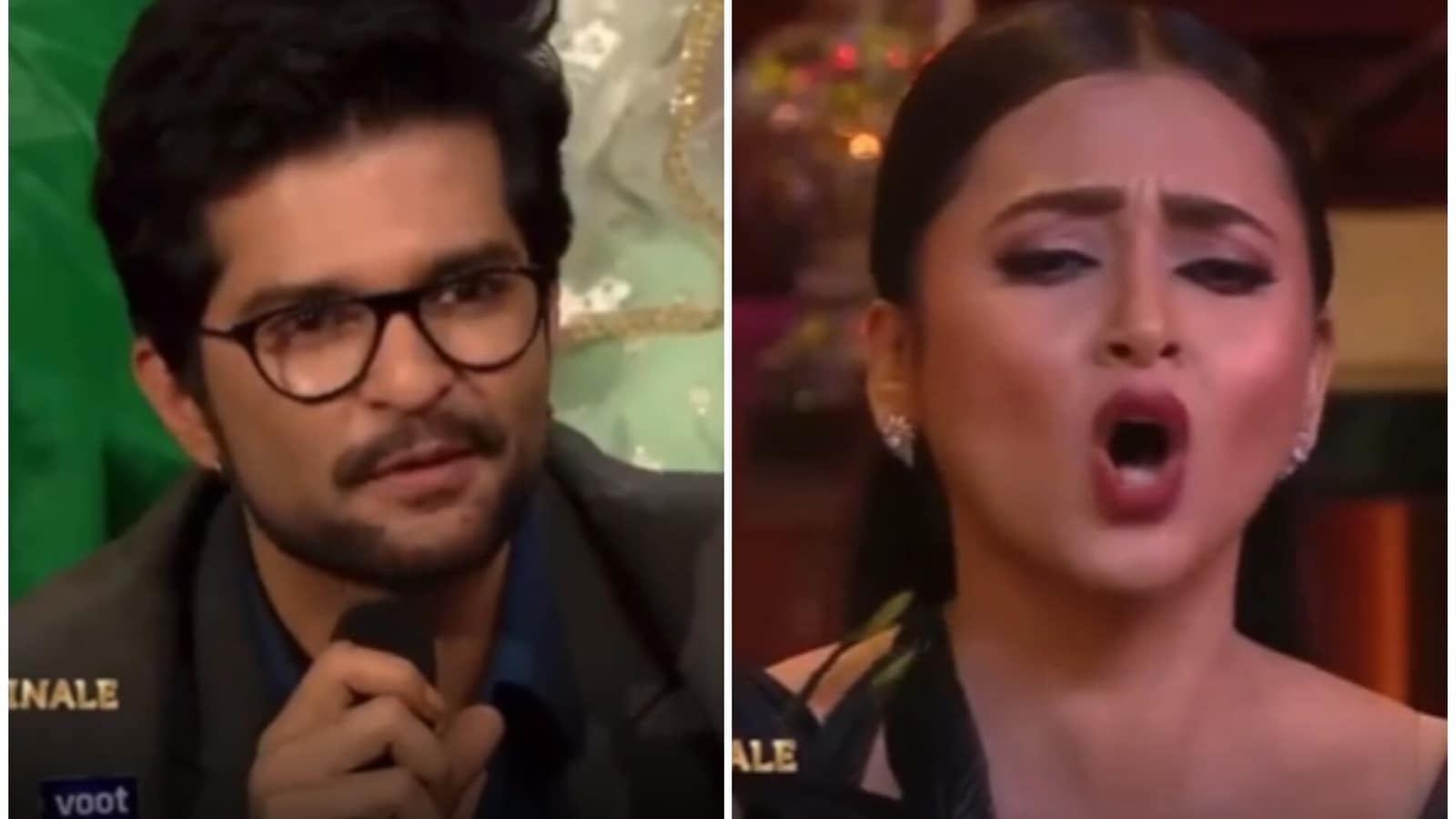 A new snippet from the Bigg Boss 15 finale was shared online. In the video, Raqesh Bapat is seen confronting Tejasswi Prakash for suggesting that Shamita Shetty was making advances at Karan Kundrra.

“Tejasswi, why were you doing all this? She is not interested in Karan. Main soch raha tha ki main TV tod doon, itna gussa aa raha tha mujhko (I felt like breaking the TV, I was so angry),” Raqesh said. Even as Tejasswi tried to defend herself by saying that it was a ‘reaction’ to an ‘action’, he slammed her and said, “This is complete bulls**t.”

Shamita asked her to accept it when she was ‘wrong’ but Tejasswi snapped back, “This is your insecurity, it’s not mine.” Shamita then posed the question – ‘who looks more insecure?’ – to Bigg Boss 15 host Salman Khan as he stood there smirking.

The promo also showed Shamita lashing out at Tejasswi yet again for her ‘aunty’ comment about her. “Bolti ho ‘yeh aunty wapas chadh gayi doosre mard pe’ (You said, ‘Aunty is mounting another man’),” she screamed.

“It was just an expression,” Tejasswi tried to defend herself but Shamita could not be pacified and angrily said, “I do not like it. Topic end.”

Also see: Fans dig out old video of Tejasswi Prakash taking offence to being called ‘aunty’, after she called Shamita Shetty one

Earlier this week, as Shamita gave massages to Karan and Pratik Sehajpal, Tejasswi made nasty comments. It led to a huge altercation on the show, with Shamita giving not only Tejasswi but also Karan a piece of her mind.

In the past, Salman and Rakhi Sawant teased Shamita with Karan, which Tejasswi took offence to. Tejasswi and Karan, dubbed TejRan by fans, got into a relationship on Bigg Boss 15. Meanwhile, Shamita grew close to Raqesh on Bigg Boss OTT and the two have talked about exploring a future outside the show.

Shweta Tiwari says she advises daughter Palak Tiwari to not marry: ‘I don’t believe in the institution of marriage’