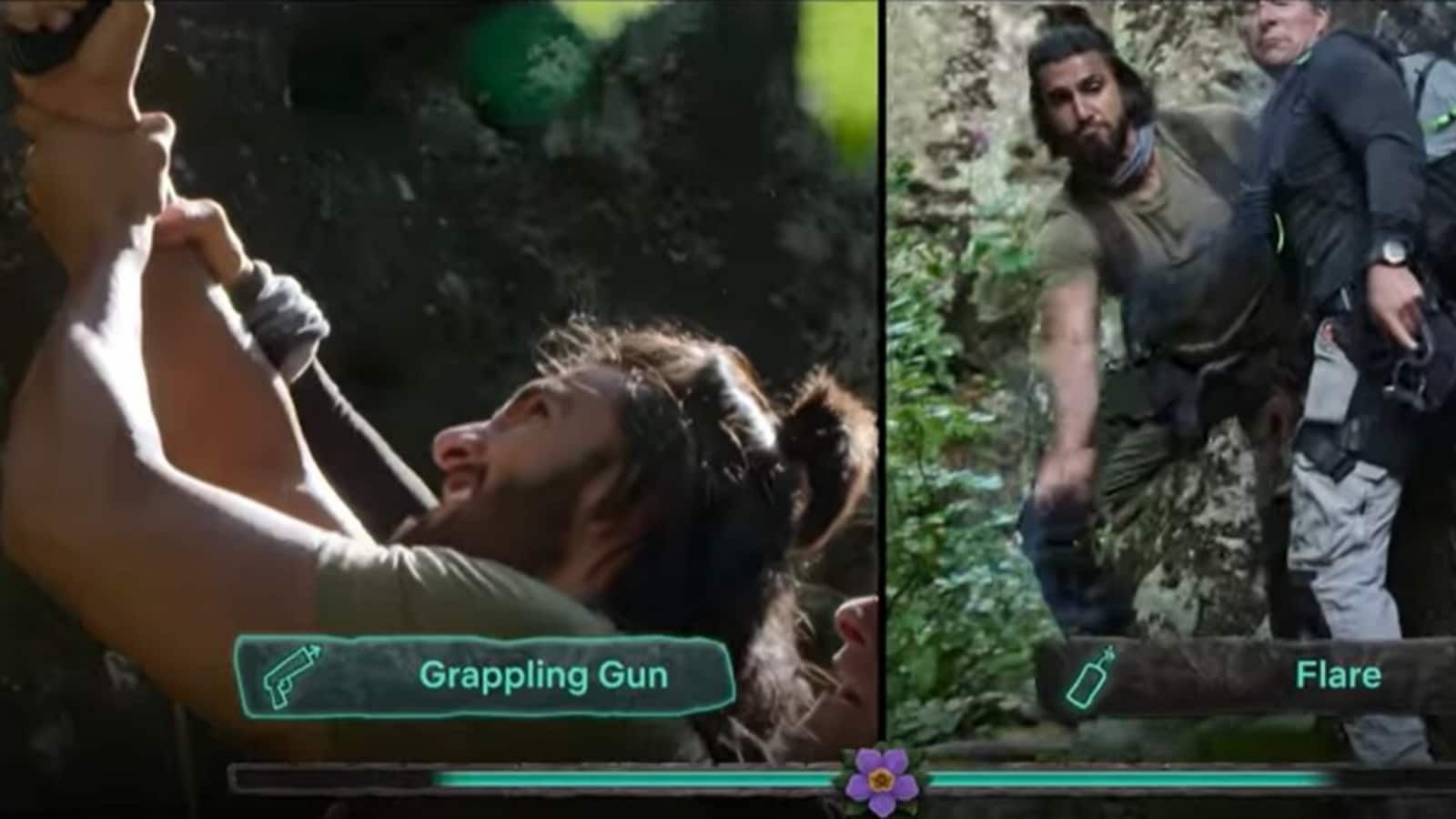 The trailer of Ranveer Vs Wild With Bear Grylls, an interactive adventure-based show, was released by Netflix on Friday, June 10. The trailer showed Ranveer Singh in the wilderness being chased by bears, and learning how to survive there with adventurer Bears Grylls. Also Read| Ranveer Singh and Arjun Kapoor indulge in some bromance, give each other new nicknames: ‘You’re biscoot to my Nutella’

Netflix India and Ranveer Singh shared the video in a joint post on their Instagram accounts with the caption, “Jungle mein Mangal! Ranveer VS Wild, an interactive special packed with thrilling adventures is COMING SOON.” The video started with Ranveer huffing and panting with a petrified expression on his face. The next clip showed him being chased by a bear.

The video also showed that the viewers will have the chance to make decisions for Ranveer in some way in the interactive special. Ranveer was seen pretending to be dead while a bear inspected him in one half of the frame and dancing in the second. The options read, ‘play dead’ and ‘dance for the bears.’ The next scene gave the option to choose between a grappling gun and a flare. Ranveer then said, “Press the button and save me.”

Bear Grylls is also seen in the video on a zipline, saying, “Ranveer is about to get a full adventure.” As Ranveer watched him leave, he said, “Arre bhaiya ye pagla to nikal gaya, hum kaise jaayenge (this man left but how will we go).” He then uses the zipline himself. The last scene shows him playing dead with a bear next to him.

The Netflix special will also mark Ranveer’s OTT debut. He had reportedly travelled to Serbia in July 2021 to film the show with Bear Grylls. The actor was last seen on the screen in Jayeshbhai Jordaar. He has Cirkus and Rocky Aur Rani Ki Prem Kahani among other projects in his pipeline.

WhatsApp for Desktop May Soon Get a Message Reactions Feature