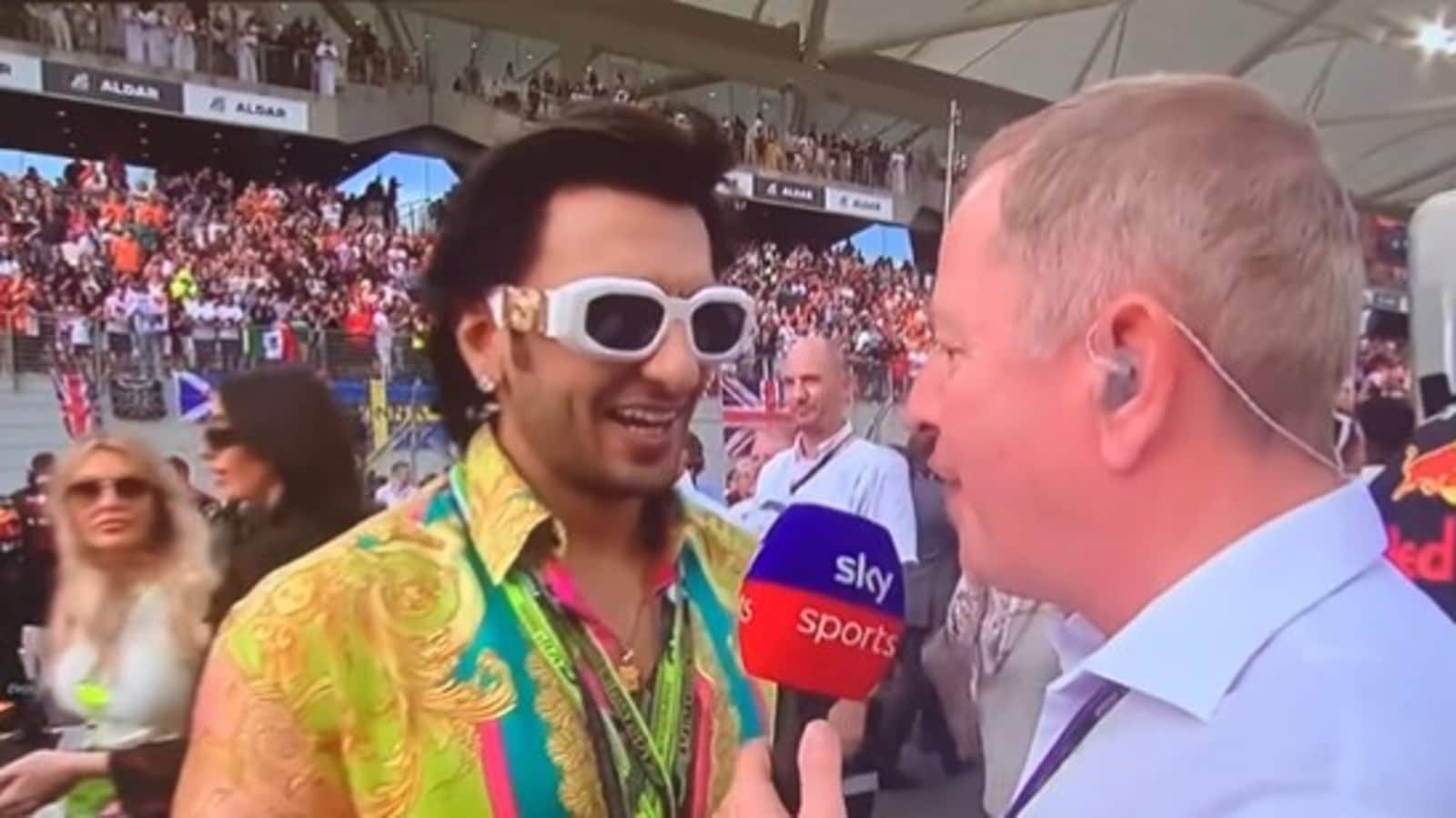 A video of Ranveer Singh from the last Formula 1 race of this year that took place in Abu Dhabi is going viral. The clip is also winning hearts as it shows the actor’s response to a journalist who “momentarily” forgot who he was.

Shared on Twitter, the video is posted with a caption that reads, “Who are you?” The video shows F1 journalist Martin Brundle asking Ranveer Singh’s reaction during his grid walk. Unable to recognise him, the reporter says, “I have momentarily forgotten who you are.” The actor in a humble demeanour introduces himself and says that he is “an actor” and “an entertainer” from Mumbai.

Take a look at the entire interaction here:

The video was posted a day ago. Since being shared, the clip has accumulated more than 4.9 lakh views and counting. The tweet has also gathered close to 18,000 likes. The video prompted people to post various reactions. Some also did so while re-tweeting the clip.

“He handled that very well though… Bollywood actor sir from Mumbai India, I’m an entertainer. Respect,” wrote a Twitter user. “But one has to respect his humility,” expressed another. “How humble he got as soon as he realised the other person didn’t know him, it’s all in the mind,” expressed a third.