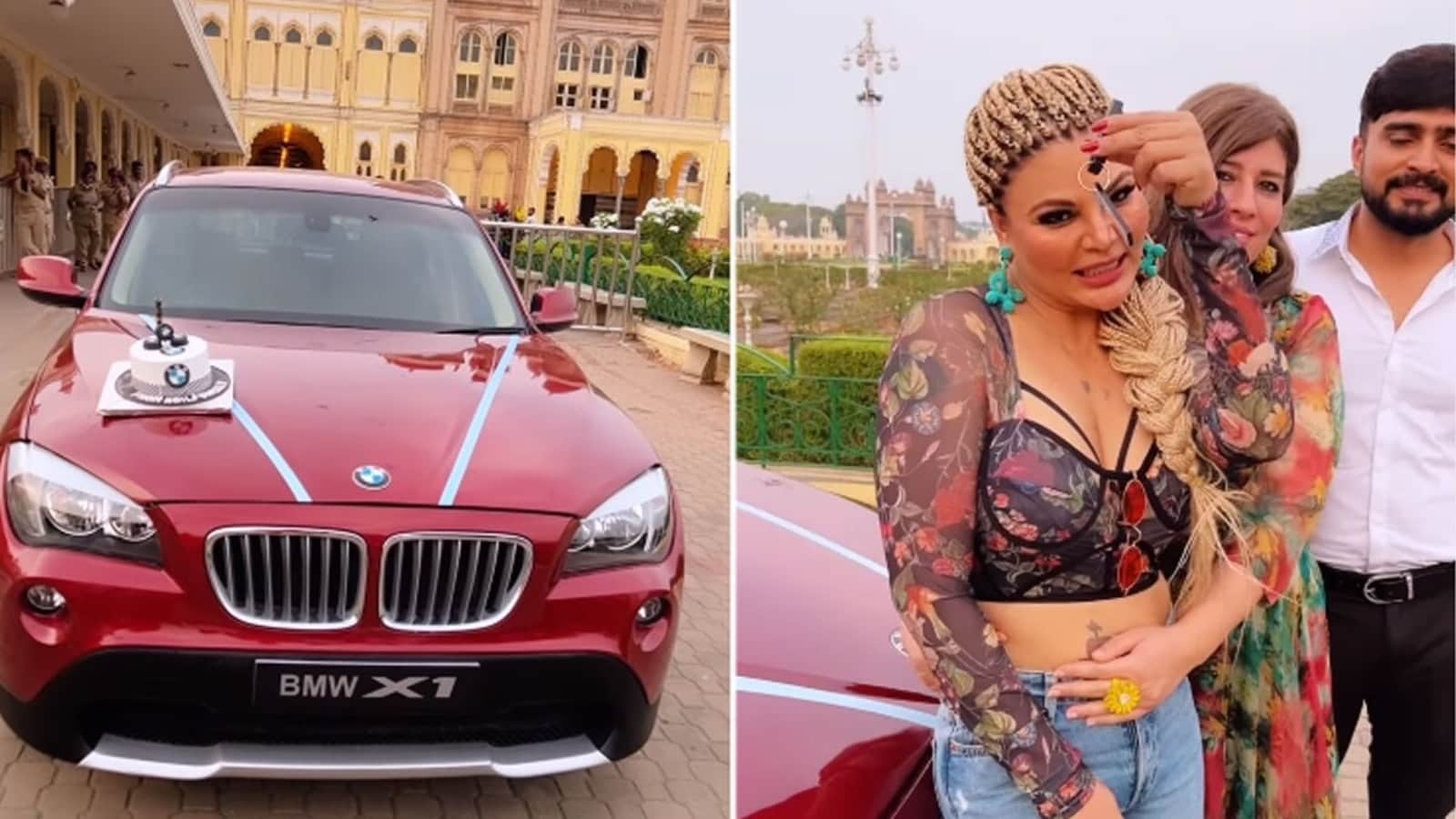 Rakhi Sawant has received an expensive gift from two of her friends, Adil and Shelly Lather. The actor-dancer became a proud owner of a BMW X1, worth over ₹50 lakh. Rakhi has even shared a video to show off her new car. The video shows her standing with her car keys and cutting a BMW-theme cake along with her friends who gifted her the car. Also read: Rakhi Sawant dances to Mehendi Laga Ke Rakhna for Ranbir Kapoor-Alia Bhatt: ‘They’ll look like king and queen’. Watch

Sharing the video on Instagram, Rakhi wrote, “My new car gifted by my @shellylather.” She is seen in her new golden braided hairdo, floral black top and blue denims, standing with the keys of her new car. Her friend gives her a hug and as she shows off the keys while standing in front of the swanky car. She then cuts a white cake with BMW logo on it.

Singer Afsana Khan, who became friends with Rakhi Sawani on Bigg Boss 15, commented to the post, “Congratulations.” Kashmera Shah also congratulated her for the car. A fan also wrote, “So happy for you.” Another said, “Congratulations ma’am. God keep on blessing You immensely.”

Rakhi is often spotted visiting the gym in her red Swift car. She returned to the spotlight with Bigg Boss 15 where she was also joined by her then husband Ritesh. The two separated days after the show came to an end.

Arjun Bijlani: Fiction shows bring along a lot of excitement and revelation