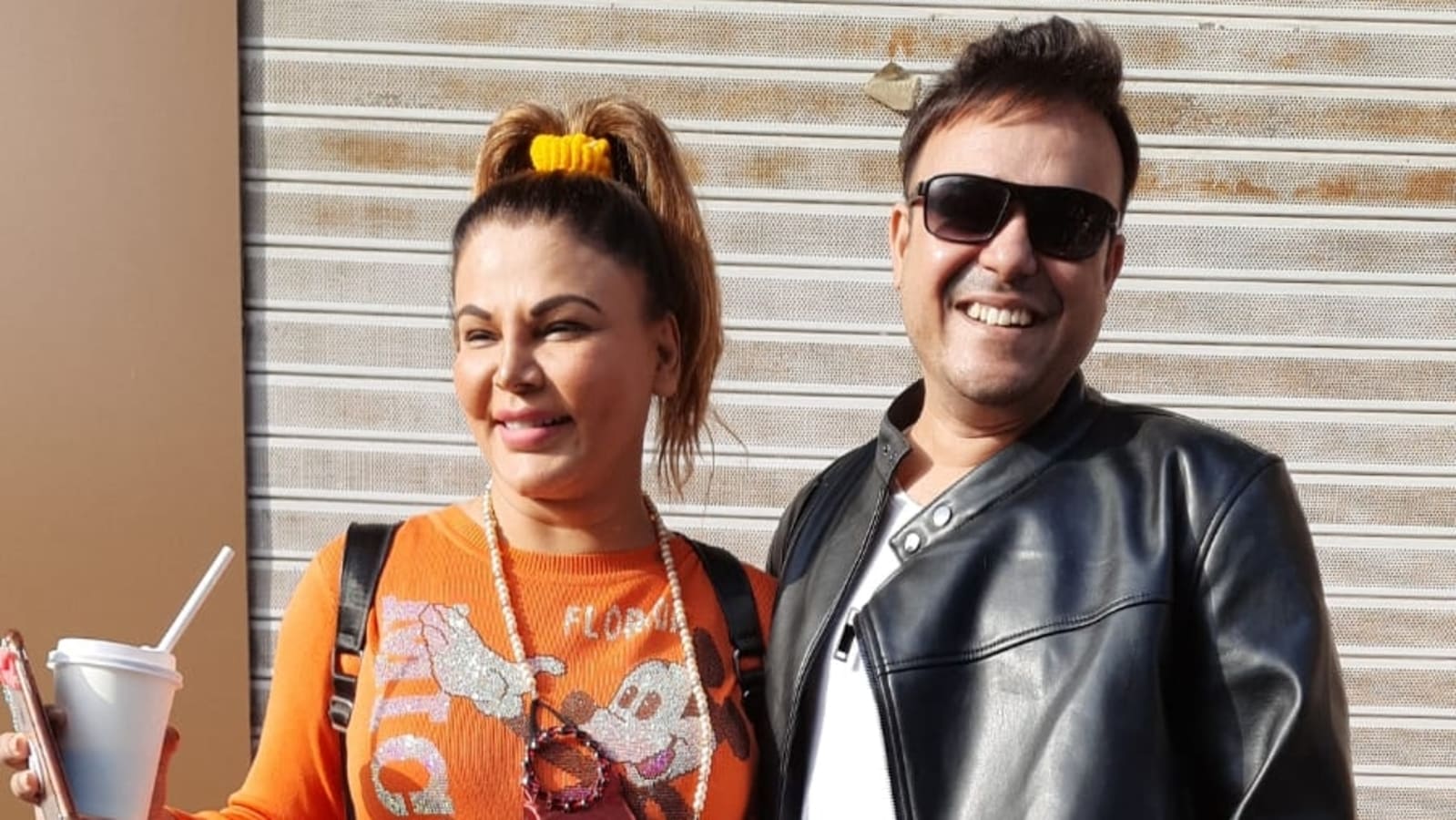 Rakhi Sawant and her husband Ritesh were spotted together outside her gym on Wednesday. Rakhi was eliminated from the Bigg Boss 15.

Actor Rakhi Sawant was spotted by the paparazzi outside her gym in Mumbai on Wednesday. She was eliminated from Bigg Boss 15 on Tuesday and was seen posing for pictures with her husband Ritesh.

Rakhi, in an orange tracksuit, was seen with a drink in her hand. Her and Ritesh held each other casually as they posed for the paparazzi. She asked the photographers, “Kaisa hai mera pati (How’s my husband)?” This was the first time that the paparazzi had spotted them together. For years, Ritesh had kept his identity hidden from the media and was revealed on the latest season of Bigg Boss as Rakhi’s co-contestant.

“Ekdum kadak (So cool),” the paparazzi told her in unison. They also called them a nice pair. Trying to keep the mood fresh, Rakhi jokingly asked Ritesh, “Six pack banane hain, gym kab join karoge (You need to make six pack abs. When will you join the gym)?” Ritesh told her that he will join the same gym as hers from the next day itself, however, they will not visit the gym together. She told him he needs to gain six pack abs like Umar Riaz while he is in India.

Earlier in the day, Rakhi was spotted by a lone photographer outside her gym. She told him that she was evicted from the show on Tuesday night.

Recently on an episode of Bigg Boss 15, Rakhi spoke about her marriage to Ritesh and how they are not actually married. Talking about her wedding, Rakhi got emotional and said, “Logon ki baaraat aati hai, mehendi lagti hai, phere lagte hai. Mera aisa kuch bhi nahi hua. Mere liye kisi ne ladka bhi nahi dekha, kuch nahi hua, lekin maine bandh kamre mein ek shaadi kar li (People get married with a lot of fanfare but I did not. No one even looked for a groom for me. I got married in a locked room).”

After his eviction from the show, Ritesh told Hindustan Times that he is actually legally married to someone else. He said that his wife Snigdha Priya is unwilling to give him divorce.

YouTube’s experiment to charge everyone for 4K video quality fails