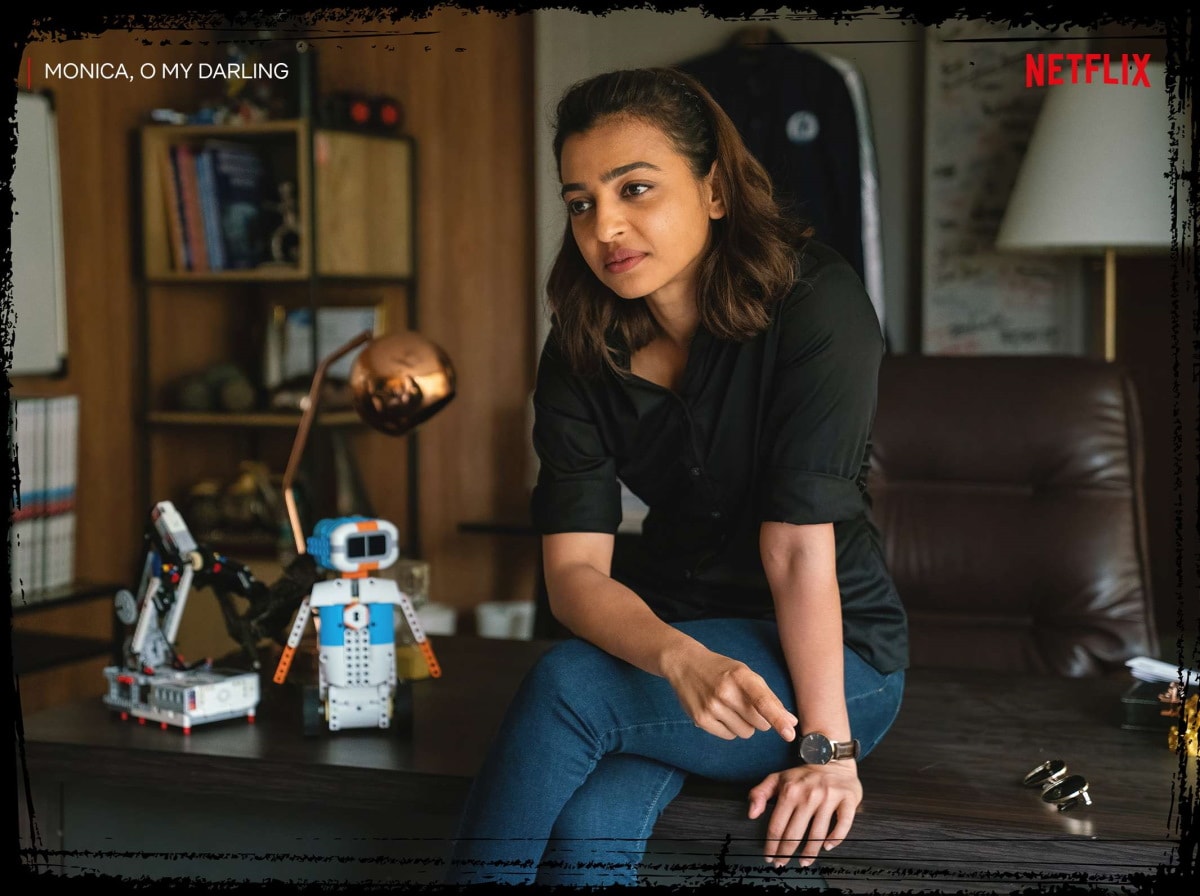 Monica, O My Darling is set for a November release. In a Tudum 2022 Fall Preview blog post, Netflix unveiled a guide to its upcoming series and movies. Among that list is the newly-revealed Vasan Bala whodunnit comedy, Monica, O My Darling. While Netflix does not reveal a concrete date for some later entries in the list, fans can expect to catch into the Rajkummar Rao-led film, sometime in November. Netflix released a Monica, O My Darling teaser trailer on Tuesday, following a screening at the Films Day event in Mumbai.

Bala — known for co-writing Bombay Velvet — describes the film as a neo-noir, where creating the “perfect plan” for something illegal erupts into total mayhem in the lives of those involved. In Monica, O My Darling, the act is murder, which the oversharing Rao (Lust Stories) intends to commit. The minute-long Monica, O My Darling teaser was quite vague on the plot details, simply highlighting some discussions with other main characters.

Huma Qureshi (Army of the Dead) is one such figure, who seems to be operating some kind of organised crime business. Rao, an expert in robotics, conjures up a plan to commit the perfect murder, which would leave no DNA traces. This is evidenced by the official synopsis, which details “robots crushing human skulls,” in addition to other thematic elements such as lust, blackmail, and betrayal. Joining the scheme is Radhika Apte, who channels a unique accent for this role. There is not much information on her character, though Monica, O My Darling sees her reuniting with screenwriter Yogesh Chandekar. Both previously worked together on Andhadhun.

Besides Monica, O My Darling, the Tudum blog post lists a range of titles gracing the streaming platform, this autumn. First up, we have the fifth iteration of the martial arts-focused comedy, Cobra Kai 5, releasing on September 9. Closing out the month would be the Ana de Armas-led Blonde, directed by Andrew Dominik. The film is a fictionalised biopic of late actress Marilyn Monroe, and drops on September 28, on Netflix.

Then, on October 21, we have Guillermo del Toro’s Cabinet of Curiosities, which is an anthology series. November sees the Millie Bobbie Brown-led Enola Holmes 2 releasing on November 4. The aforementioned Monica, O My Darling and The Crown season 5 are also set for a November window, but no exact dates yet.

Monica, O My Darling will be out for streaming on Netflix, sometime in November.