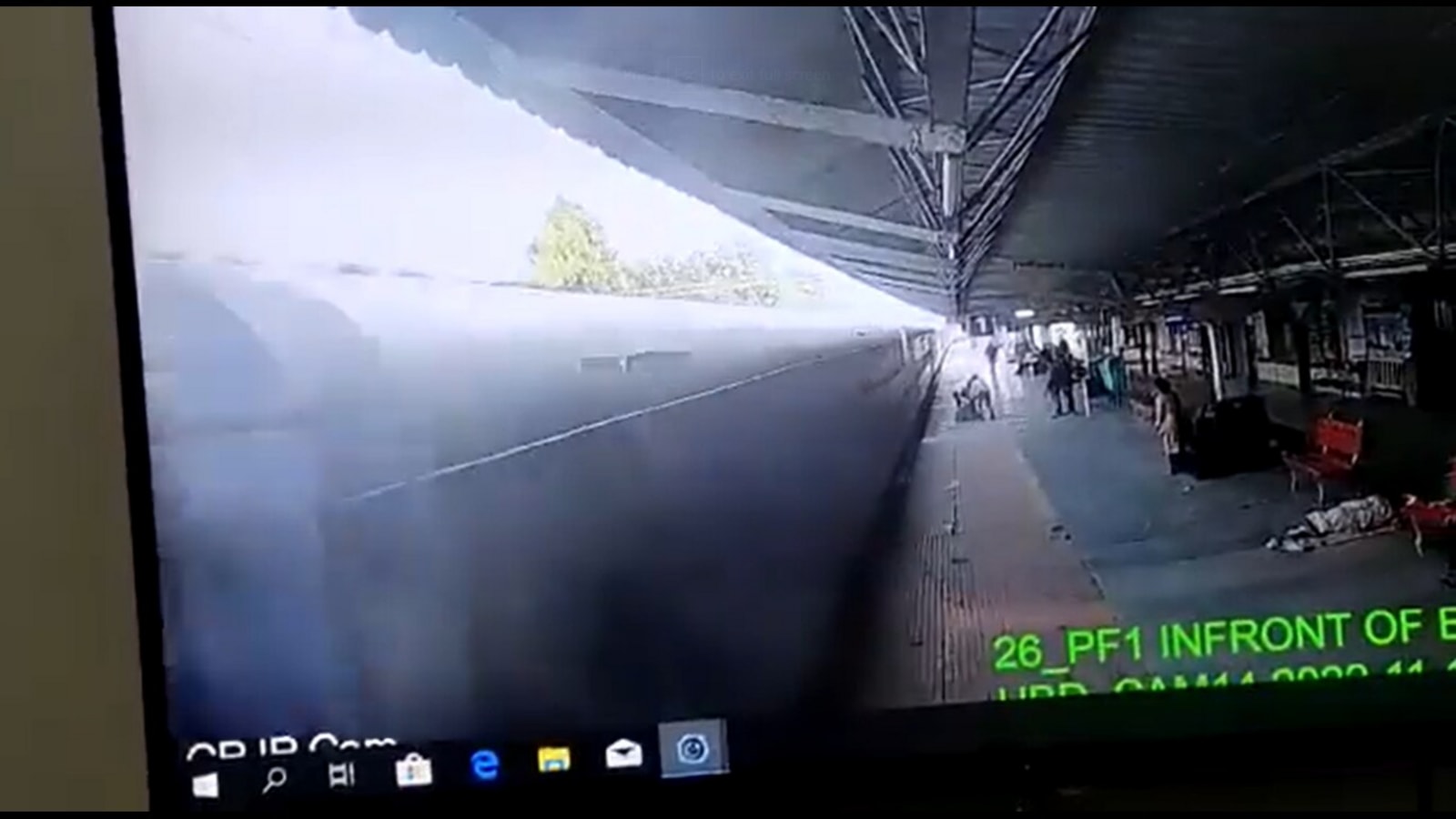 In a CCTV footage shared by the official Twitter handle of the Ministry of Railways, you can see an elderly woman crossing the tracks. As she is trying to climb the platform, a train can be seen soon approaching her. Upon seeing the woman in need, the railway personnel quickly runs to her, helps her get up, and brings her to safety. This incident occurred at Hoshangabad railway station in Madhya Pradesh.

The post’s caption read, “Vigilant railway worker saved woman’s life! A woman crossing the railway track at Hoshangabad railway station in Madhya Pradesh was saved by a vigilant station manager by risking her life. Passengers are requested to use the Foot Over Bridge to cross the track at the station.”

Since this post was shared, it has been viewed 44,000 times and has 1800 likes and several comments.

One person in the Twitter comments wrote, “It is good that he came in time and saved her life. Be careful while crossing railway tracks!! Never try to cross the railway track when the train is coming.” A second user said, “Salute this brave man. Jai hind.” “OMG, the guy passed a train to help the woman coming from another direction. He really risked his life, as, before the train moves, a horn is blown, and it’s the short duration it’s loud,” said a third.

Leaked notes reveal Elon Musk wanted to put all of Twitter behind a paywall, wanted every user to pay a fee- Technology News, Firstpost