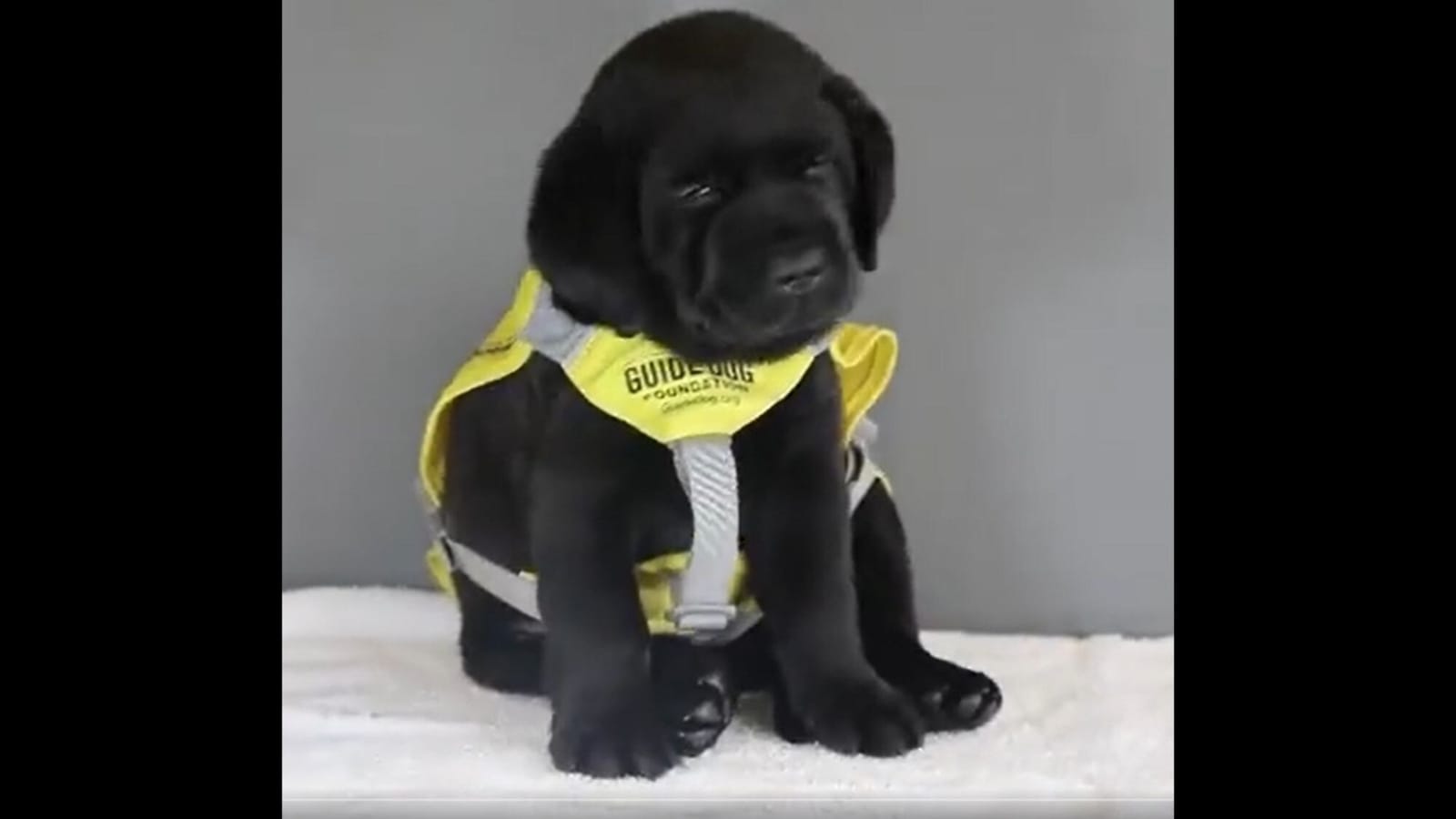 If you are looking for some adorable content on social media that would lift your mood, then this video is definitely for you. Posted on Twitter, the video shows a puppy participating in his guide dog initiation photoshoot. However, the little pup couldn’t help falling asleep and it’s just heart-melting to watch.

The video was posted by the Twitter handle We Rate Dogs on Thursday. It has already received more than 6.2 million views. The six-second clip shows a cute black Labrador Retriever puppy wearing a small coat that says guide dog. The little pup was in the middle of his photoshoot but he couldn’t help falling asleep. While sitting, the pup’s eyes were closing and then he just dozes off.

“This is Benny. He fell asleep during his guide dog initiation photoshoot. 12/10 we still think he has what it takes,” says the caption of the video.

Another post shared by We Rate Dogs shows the pup’s photo from the shoot and he looks quite adorable. “His photos still turned out so well,” says the caption of the photo.

Many netizens also posted photos of their pet dogs. “This is Lily, she can sleep at any given time, on any given surface and with ease utilises said ability,” shared an individual.

“That’s Gorgonzola, he is my rescued Pitbull/boxer mix little boy and he loves to sleep too,” posted another user along with a photo of their pet.

Poonam Pandey says, ‘I accept I started controversies when I wasn’t getting a job’