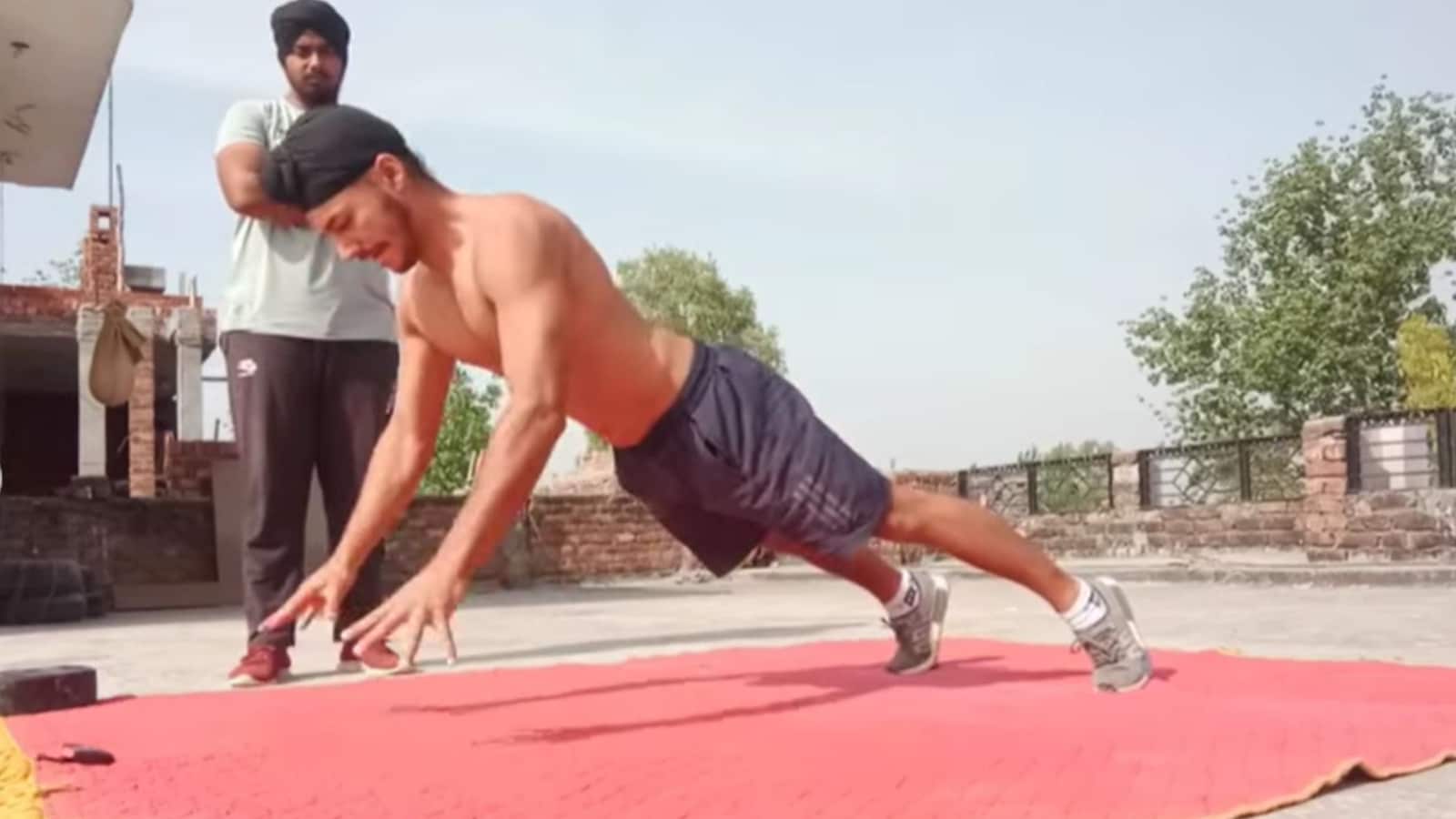 Kuwar Amritbir Singh, a 19-year-old fitness enthusiast from Punjab, bagged the Guinness World Record for performing ‘most push-ups with claps (fingertips) in one minute’. The Punjab youth, who never went to the gym, did 45 push-ups in sixty seconds to achieve the feat.

He took to Instagram to share the excellent news with his 1.7 lakh followers on the platform. “Most push-ups with claps (fingertips) in one minute (45). This is the original video of my Record attempt. Guinness World Record holder,” read the caption of the post shared by him.

Kuwar Amritbir Singh, in another Instagram post, penned that he started his journey to make it to the Guinness World Records in November 2021 but faced rejection. “I felt very disappointed because of the rejection in my 1st record. But as we know that facing rejection in your journey doesn’t mean that you will never achieve your goal, and that rejection means you will achieve more than it, but you have to work hard more with full dedication and come back stronger with full power and then again give it a try,” he wrote.

Singh’s rejection didn’t stop him, and he applied again for the record, only to achieve it. “So I applied for the 2nd record i.e “most push-ups with claps (fingertips) in one minute.” I have just practised for 21 days to break this record & it wasn’t tough to break this record!” he continued.

Towards the end, he shared a mantra for passionate people who want to achieve big in their lives. “So, at last, I would only say that if you have passion for doing something or you have done something for your passion, then never give up in your life. Just keep working hard with full dedication, keep practising, keep improving yourself daily, believe in yourself, work hard on new skills & have patience.”

In a separate Instagram post, Singh revealed that he never went to the gym, didn’t take supplements, consumed food made by his mother, and even managed to build gym equipment himself.

Watch the world record video below:

Since being shared seven days ago, the post has received more than 12,300 likes and several comments.

According to a blog by Guinness World Records, Kuwar Amritbir Singh attempted the world record to inspire Indian youths and achieved it on February 8. Besides his recent world record, Singh is the youngest athlete to perform a maximum of 118 Knuckle Push-ups in one minute at 18, performed 35 superman push-ups in 30 seconds for the India Book of Records and received a nomination for the Karmaveer Chakra Award.

Man rescues a baby deer that came in front of traffic in a cute video. Watch