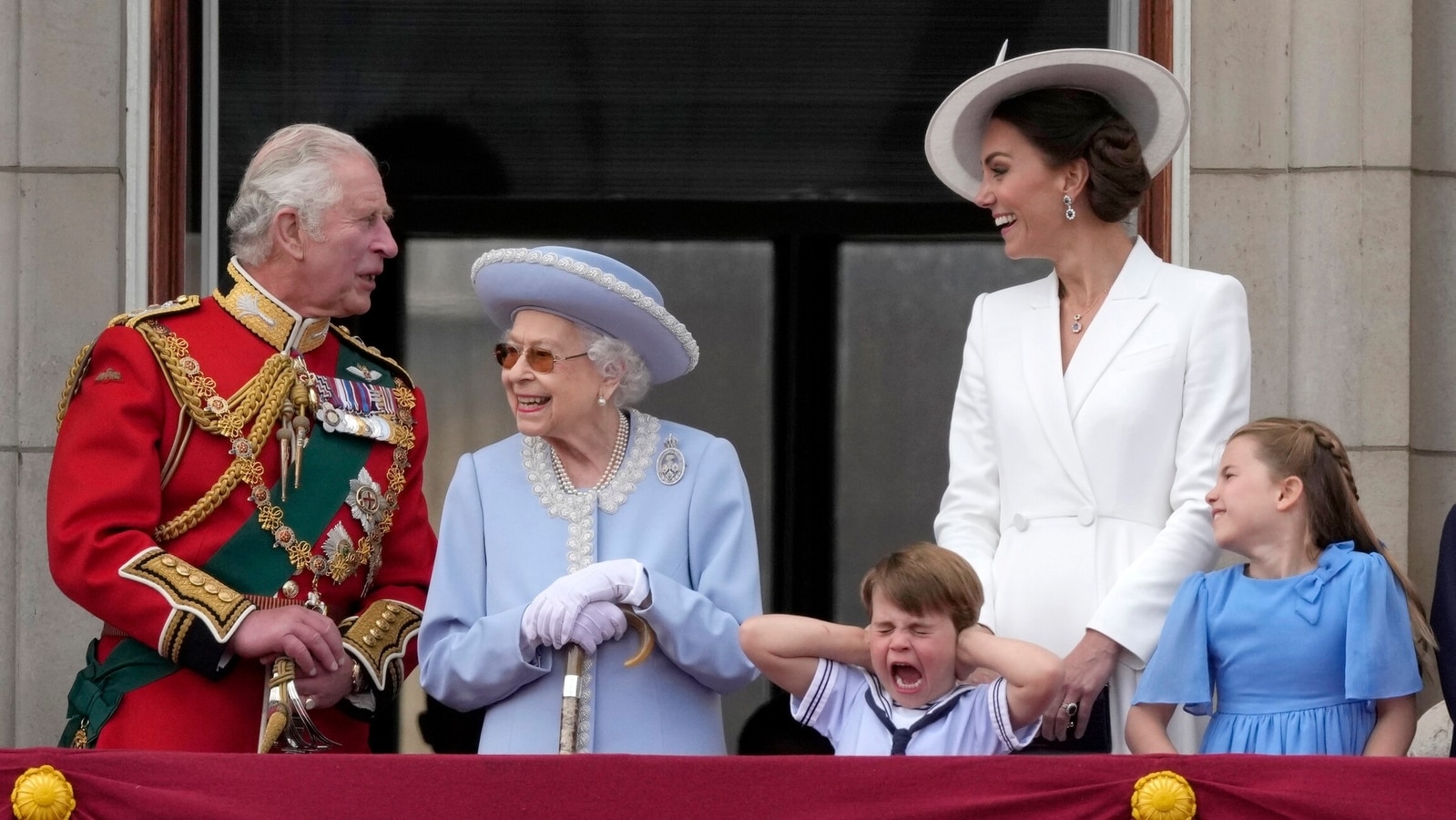 Queen Elizabeth II’s Platinum Jubilee celebrations began in London on June 2 amid great fanfare. However, it is Prince Louis, the youngest son of Duke and Duchess of Cambridge—Prince William and his wife Kate, who stole the show. The four-year-old acted just like any child his age as he made faces and held his ears during a ceremonial fly-past as military aircraft thundered overhead.

Prince Louis is Queen Elizabeth II’s great-grandson and fifth in line to the British throne. Netizens on Twitter termed Prince Louis antics a mood. He earlier in the day joined his seven-year-old sister Princess Charlotte, and brother Prince George, aged eight, in an eventful ride down The Mall in a horse-drawn carriage along with his mother, the Duchess of Cambridge Kate Middleton. Prince Louis waved animatedly at the bystanders from the carriageway and at one point was told off by his sister Princess Charlotte according to an article in the Daily Mail.

See some of the photos of Prince Louis cute expressions:

The official Twitter account of The Duke and Duchess of Cambridge tweeted a few photos from the event and wrote in the caption, “Joining Her Majesty The Queen and other members of The @RoyalFamily to watch a very special flypast for the start of the #PlatinumJubilee.”

Prince Louis was also seen having a chat with the Queen.

June 2 was the first of four days of celebrations to mark the Platinum Jubilee festivities. The events over a long holiday weekend in the UK are meant to honour Queen Elizabeth II’s 70 years as a monarch.

People see different numbers hidden in this viral optical illusion. What do you see?