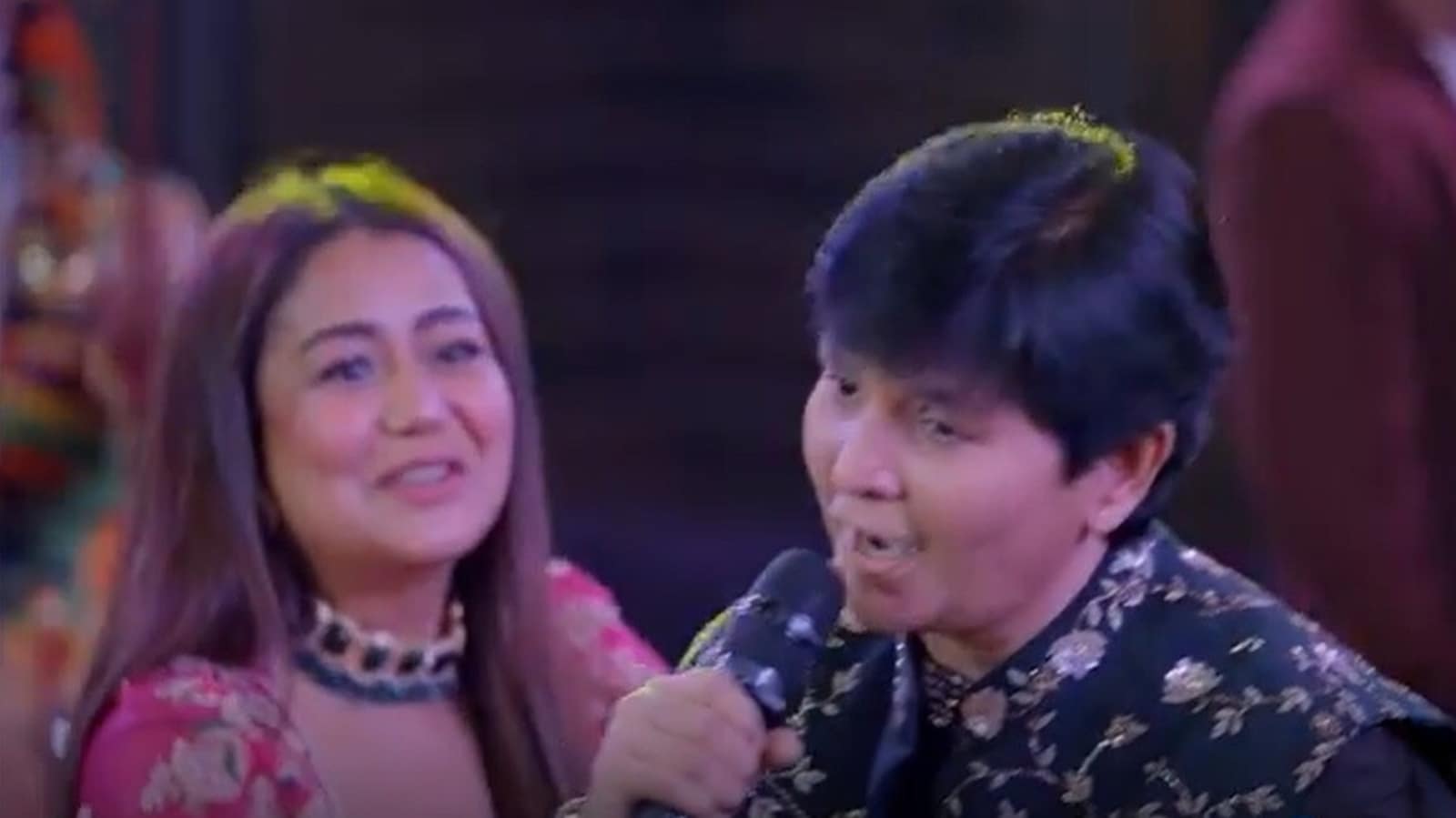 As the fans of noted singers Neha Kakkar and Falguni Pathak were watching their online tussle over a recreation of the latter’s original Maine Payal Hai Chhankai by the former, the two have come together to share the stage on the singing reality show Indian Idol season 13. Falguni Pathak recently expressed her disappointment over Neha’s song O Sajna being a recreation of her hit 90s track Maine Payal Hai Chhankai. Sony has shared a new Indian Idol promo that shows the two of them featuring in a Navratri special episode. Also read: Falguni Pathak on Neha Kakkar: Jab khud pe guzarti hai tab pata chalta hai

Falguni will be part of the garba night during the theatre round on Indian Idol 13 this weekend. The promo in the style of a newspaper article shows Neha standing amid Indian Idol contestants in pink attire, holding dandiya sticks in her hands. She welcomes ‘legendary Falguni ma’am’ on the show as they begin the theatre round with a garba night. Falguni goes on to sing garba songs as all from judges Neha Kakkar, Himesh Reshammiya to host Aditya Narayan play dandiya around her.

Some viewers called their war of words a publicity stunt in reaction to the promo. A personwrote, “Song ko famous karvane ke liye kya kya karte hai yeh log….pehle social media par lad ke attention grab karte hai phir ek sath TV par perform karte hai. Kya dikhava hai yaar (what all these people do to make the song a hit, first they fight on social media to grab attention and then they perform together on TV. What a show off).” An Instagram user wrote, “Ye log bas public standards ke liye karte hai (these people do everything for public).”

Falguni had slammed Neha’s new song O Sajna on social media. She even told Delhi Times in an interview, “I got to know about the remixed version three-four days back. First reaction was not good. I was like, mujhe bas ulti aani baaki thi, aisa ho gaya tha. (I was about to puke, it was like that).”

Without taking names, Neha had shared notes in self-appreciation on Instagram. She talked about being self-made and all that she did to attain success as a singer.

Dog imitates injured owner out of sympathy while coming down the stairs. Watch