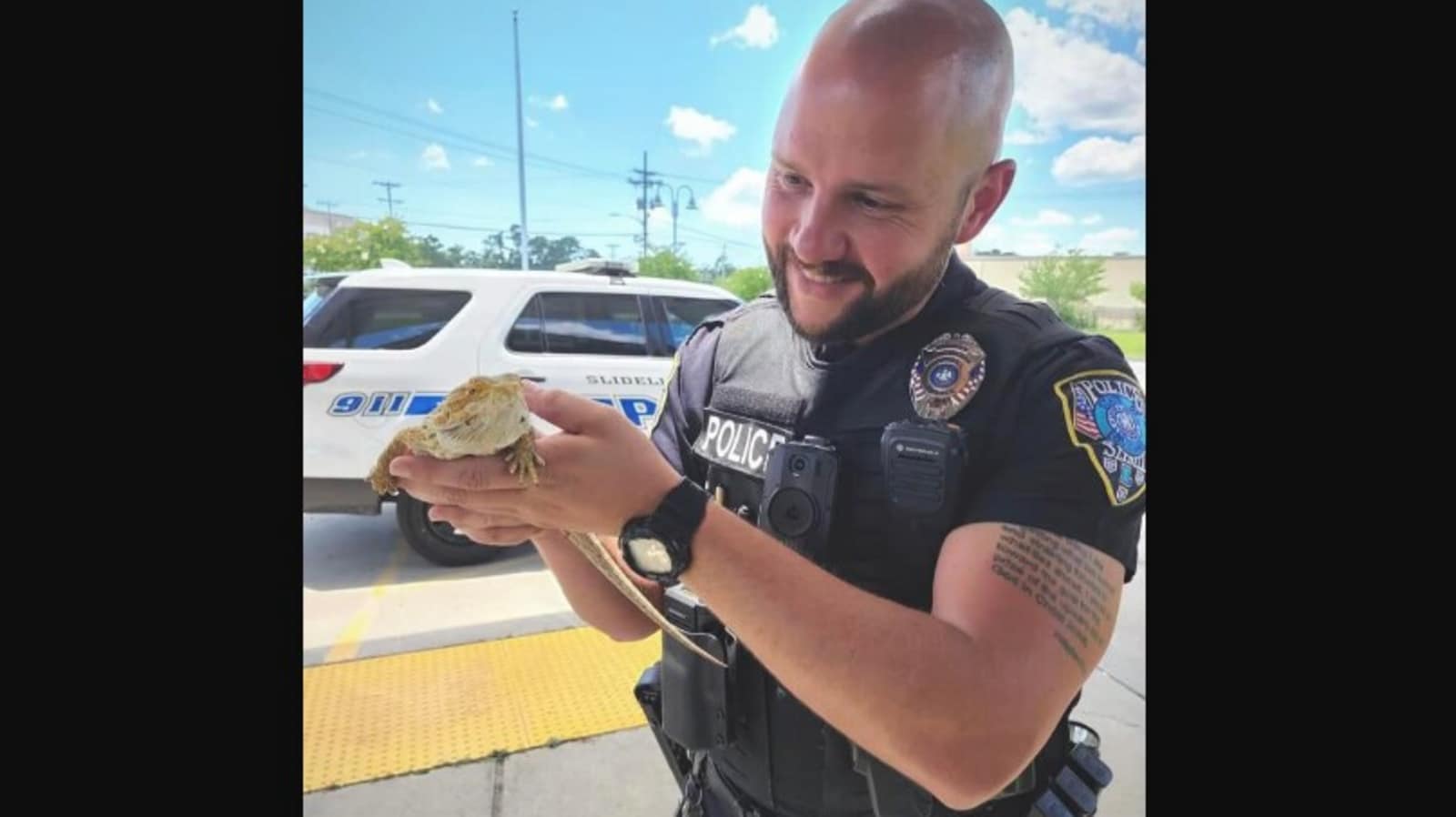 There are certain stories on the Internet that leave people laughing out loud. There is now a latest inclusion to that list and it is a post by Slidell Police Department. It involves a cute animal that initially people thought was an ‘iguana’. There is a chance that the post will leave you chuckling too.

“We can’t make this stuff up,” the police department wrote as their post’s opening line. They then shared when and how the police officers, especially Officer Thomas Swanton, came across the ‘iguana’.

“Earlier today, Slidell Police received a call about an iguana on the loose in the 1100 block of Cousin Street. Well, this WAS NOT part of training in the police academy. Officer Thomas Swanton responded to the call and said, “I had to get there quick because iguanas, tend to run away”🤔 (more about this later). When Officer Swanton arrived on the scene, a group of people pointed and directed him to the reptile. Much to Officer Swanton’s surprise, it wasn’t an iguana, but he immediately identified it as a “bearded dragon”, fetched him up, and started petting him. The bond was instantaneous!” they wrote.

They also explained that initially they tried finding the human to whom the bearded dragon belongs but they couldn’t find anyone. So, until someone claims the animal, Officer Swanton is taking care of it. The department then wittily wrote, “*Note* Officer Swanton is the officer with the sunglasses. Officer Bo Moeller is the other officer who was like a kid holding a bearded dragon for the first time!” They also posted a few images along with the share.

“Alright great job guys take care of that little dragon,” wrote a Facebook user. “Literally just had one show up to my window the other day!” posted another. “That is just the coolest story!! The officer was meant to rescue the little guy! Happy story!” expressed a third.