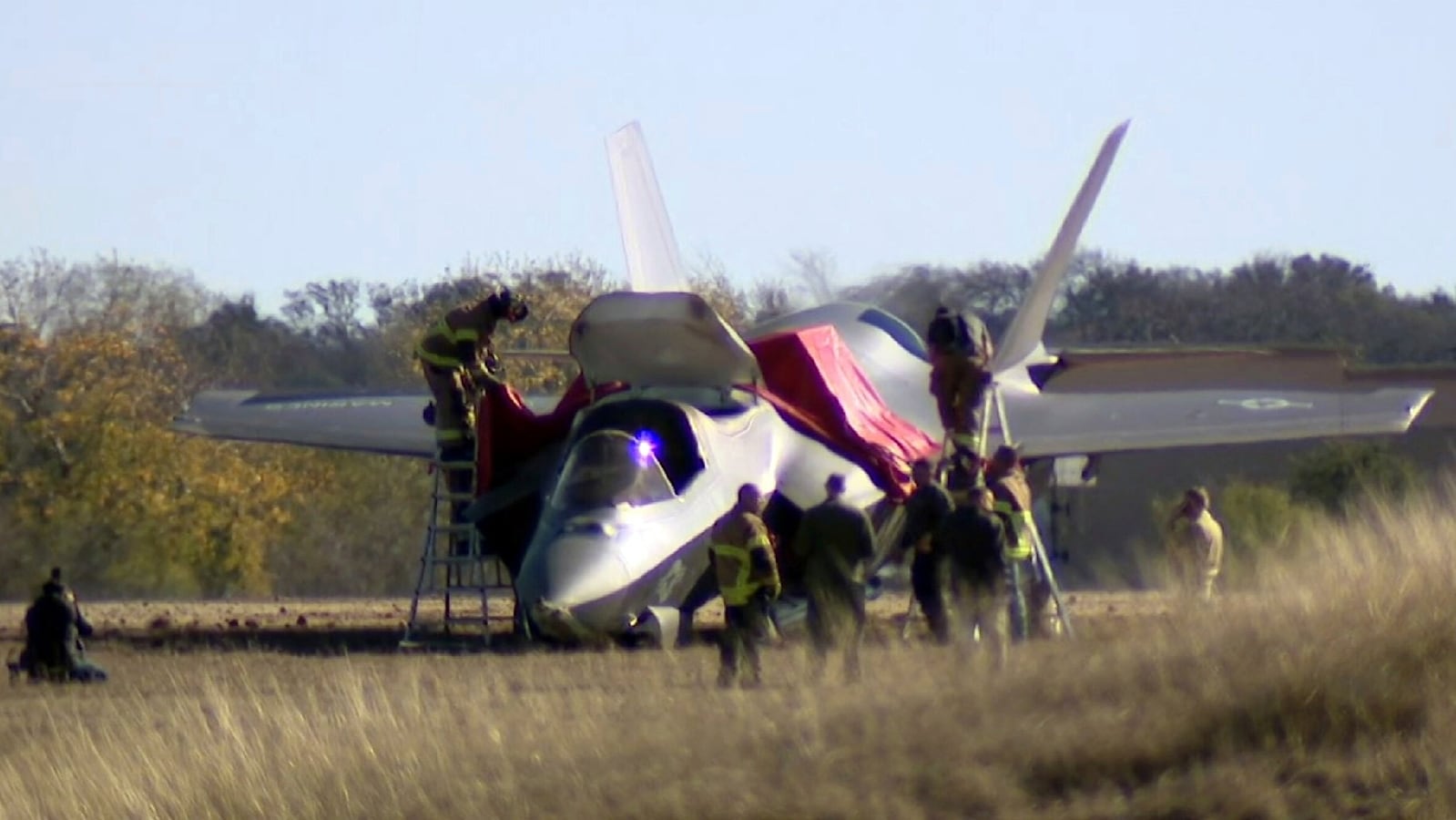 A pilot safely ejected from a plane Thursday after a failed landing that was caught on video at a North Texas military base, officials said. The Marine Corps variant of a fighter jet, known as a F-35B, took a nose dive and spiraled after its wheels briefly touched down on the shared runway at Naval Air Station Joint Reserve Base in Fort Worth. Video taken by people who were watching the plane come in show it slowly descending in a straight line as smoke appears in the rear of the aircraft before the nose digs into the runway and the jet spins to a stop.

The F-35B has special modifications that allow it to take off and land vertically like a helicopter.

Here’s a video shared on Twitter that shows the incident:

At the Pentagon, a spokesman said that the aircraft was being flown at the time of the crash by a U.S. government pilot, although it had not been transferred to the military yet by manufacturer Lockheed Martin.

The pilot safely ejected from the airplane, according to Pentagon spokesman Air Force Gen. Pat Ryder. About a dozen local officers responded to the base, where first responders and base personnel were already on site following the incident, said Chris Cook, police chief for the nearby city of White Settlement. Officers helped keep away a growing crowd of people who had stopped on a roadway or walked over after the plane went down.

“You never want to get that call that there is an aircraft down,” Cook said. “We have a very fond spot in our community for the military. White Settlement is a military community.”

Cook also shared a post detailing that the pilot is safe. “We responded to assist Lockheed Martin and Naval Air Station on a military aircraft crash where the pilot ejected. Update on pilot is that they are safe and under observation. Grateful for this news. We have opened up perimeter roads in the area,” he wrote.

We responded to assist Lockheed Martin and Naval Air Station on a military aircraft crash where the pilot ejected. Update on pilot is that they are safe and under observation. Grateful for this news. We have opened up perimeter roads in the area. pic.twitter.com/uhTDevFdid

A spokesman for the Navy referred all questions to Lockheed Martin, the aerospace and defense company that manufactures the plane involved.

US man eats 40 chickens for 40 days, documents his journey on Twitter