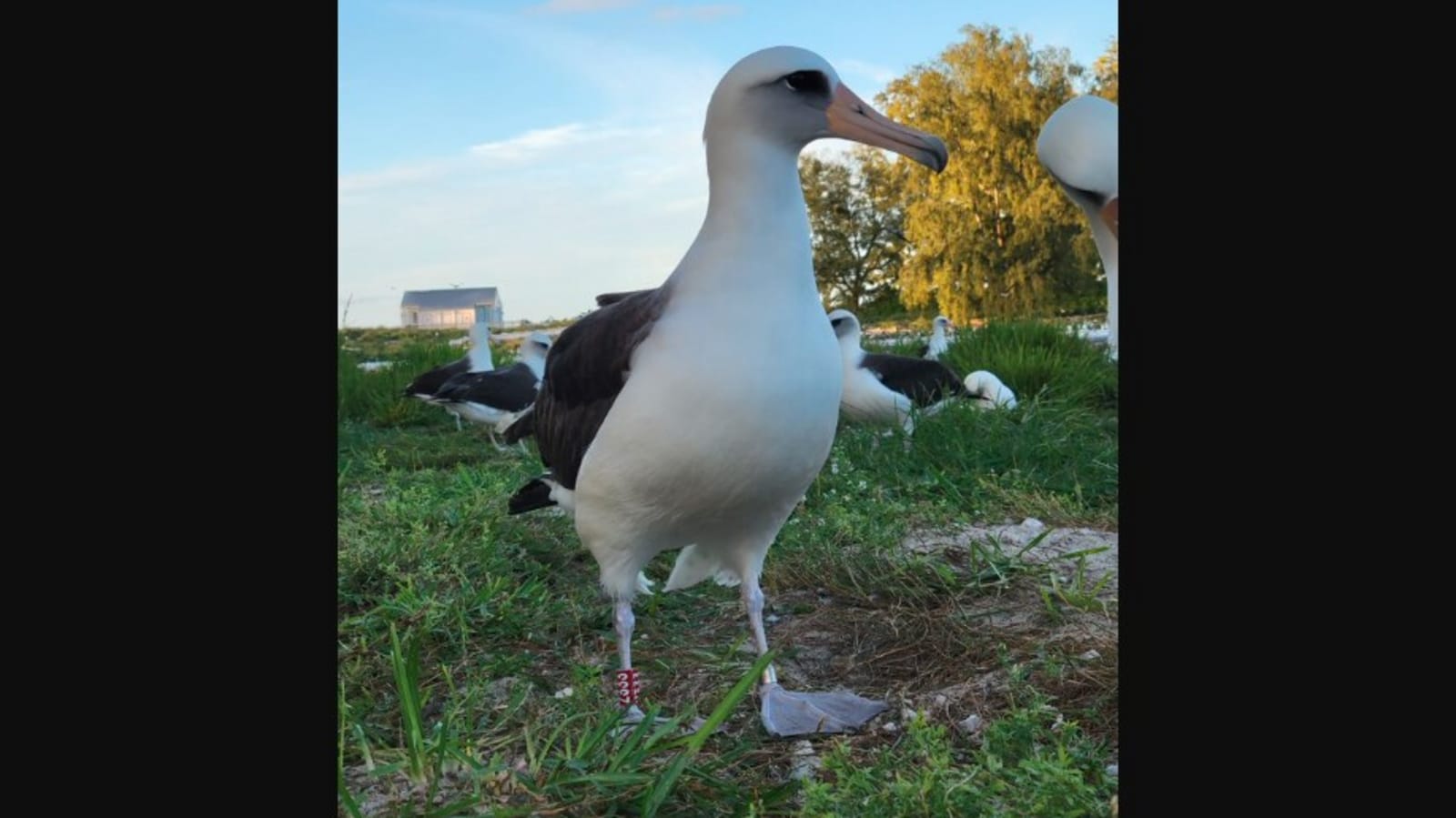 A post about Wisdom, an Laysan albatross, has left people intrigued. Posted on Twitter by USFWS Pacific, The department for the Pacific Region for the US Fish and Wildlife Service, the post talks about how the bird is “the world’s oldest known wild bird.” The post also has pictures and they may leave you amazed.

“Wisdom, the world’s oldest known wild bird, recently returned to Midway Atoll! The beloved Laysan albatross, or mōlī, is at least 71 years old. Biologists first identified and banded Wisdom in 1956 after she laid an egg, and the large seabirds aren’t known to breed before age 5,” the department wrote and shared an image of the bird.

While replying to their own tweet, they also added, “The ageless Wisdom, with her well-known band number of Z333, was first spotted this nesting season on Thanksgiving Day. Her long-time mate has yet to be seen and was absent last nesting season, too. Males typically return to the breeding site first.” They concluded the tweet with an image of the bird.

The department also shared another tweet on the thread along with a photograph of Wisdom. “It is estimated that Wisdom has produced 50-60 eggs and as many as 30 chicks that fledged in her lifetime,” they tweeted. Further, they added that the images were captured by an individual named Keegan Rankin.

Take a look at the posts:

The beloved Laysan albatross, or mōlī, is at least 71 years old. Biologists first identified and banded Wisdom in 1956 after she laid an egg, and the large seabirds aren’t known to breed before age 5. pic.twitter.com/PAWgzFaqv6

Since being shared, the thread has received tons of comments from people. While some expressed their amazement, a few asked questions. Some such queries also received replies from the department.

“I guess she won’t take a new mate,” asked a Twitter user. To which, the department answered, “It is a possibility. Scientists are monitoring.” An individual posted, “This is just very cool. That’s the whole tweet.” USFWS replied and tweeted, “Agree. And sometimes less is more.”

“It’s great to see her back again! I really needed some good news today. Thank you for sharing this,” expressed a third. “Wisdom’s return is wonderful news. I think about Wisdom all year long, with hope in my heart to see her back on Midway,” commented a third. “Go wisdom go! You rock!” wrote a fourth.

M2 MacBook lineup for 2022 leaked: Here’s what you need to know