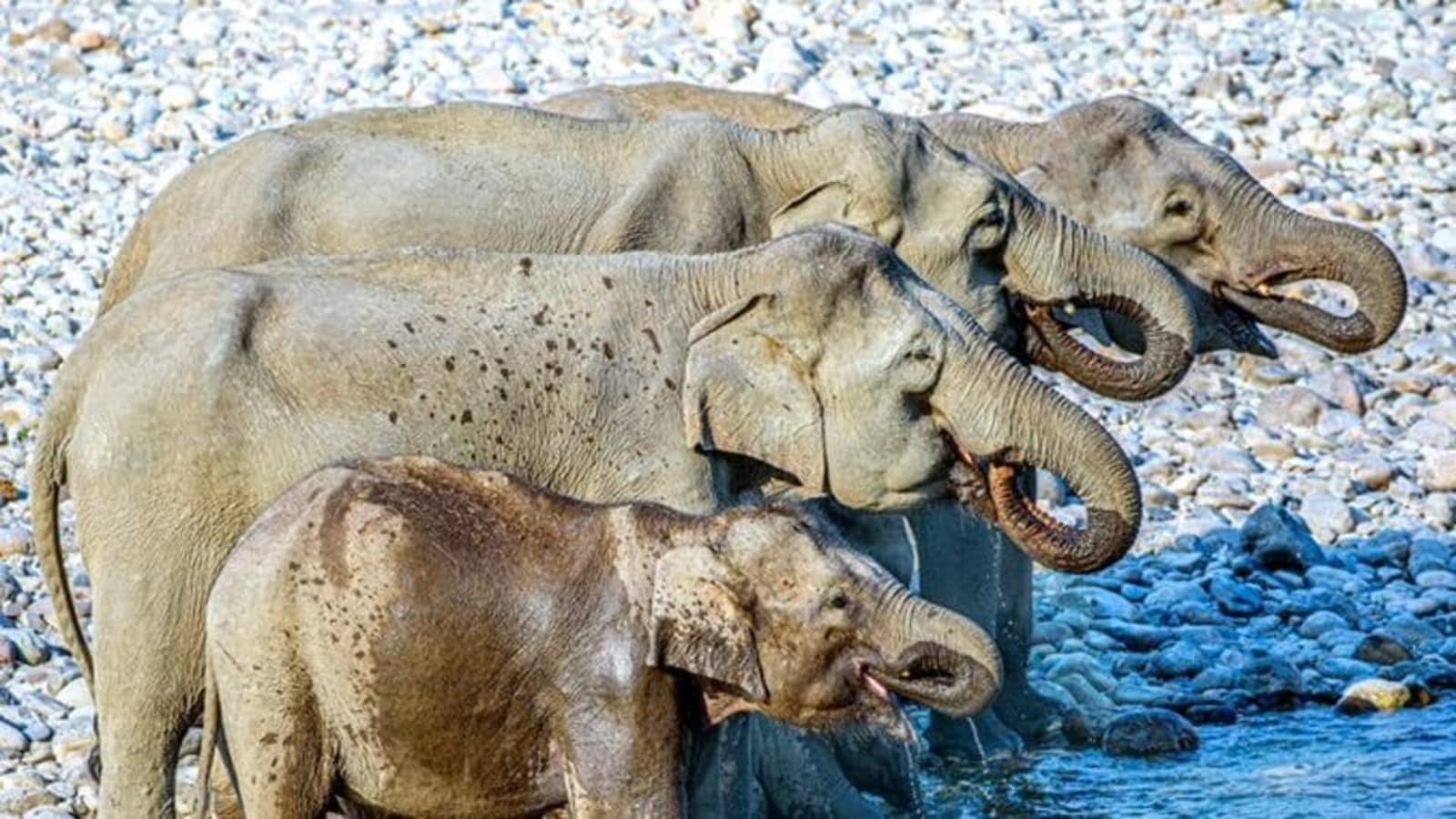 The old pic of the elephants drinking water, which has gone viral again, has left people intrigued.

There are certain posts on the Internet that are not just interesting but often leave people scratching their heads too. This picture involving a few elephants is one such share. There is a chance that the post will leave you intrigued.

IFS officer Susanta Nanda posted the image on Twitter. “How many elephants are in the picture?” he wrote while posting the image. This is, however, not the first time the picture ended up creating a chatter. Originally, it was captured by wildlife photographer Gyaan Dixit in 2019 at Jim Corbett National Park. He posted the image on his NGO WildLense Eco Foundation’s Twitter profile which then went viral.

Take a look at the image:

The post, since being shared two days ago, gathered more than 2,300 likes and counting. The share has also prompted several responses from people. A few tried answering the question. Other expressed that the click looks amazing.

Did you manage to find the correct number of elephants? If not, then this post by Nanda, which is shared while replying to his own tweet, will help. “It took @WildLense_India nearly 1400 clicks in 20 odd minutes to get this perfect sync frame of 7 Elephants quenching their thirst. One can hardly make out. And only few got it correct. Really an awesome capture,” he shared.

A video, shared last on 2020, also shows the seven elephants going away after drinking water: