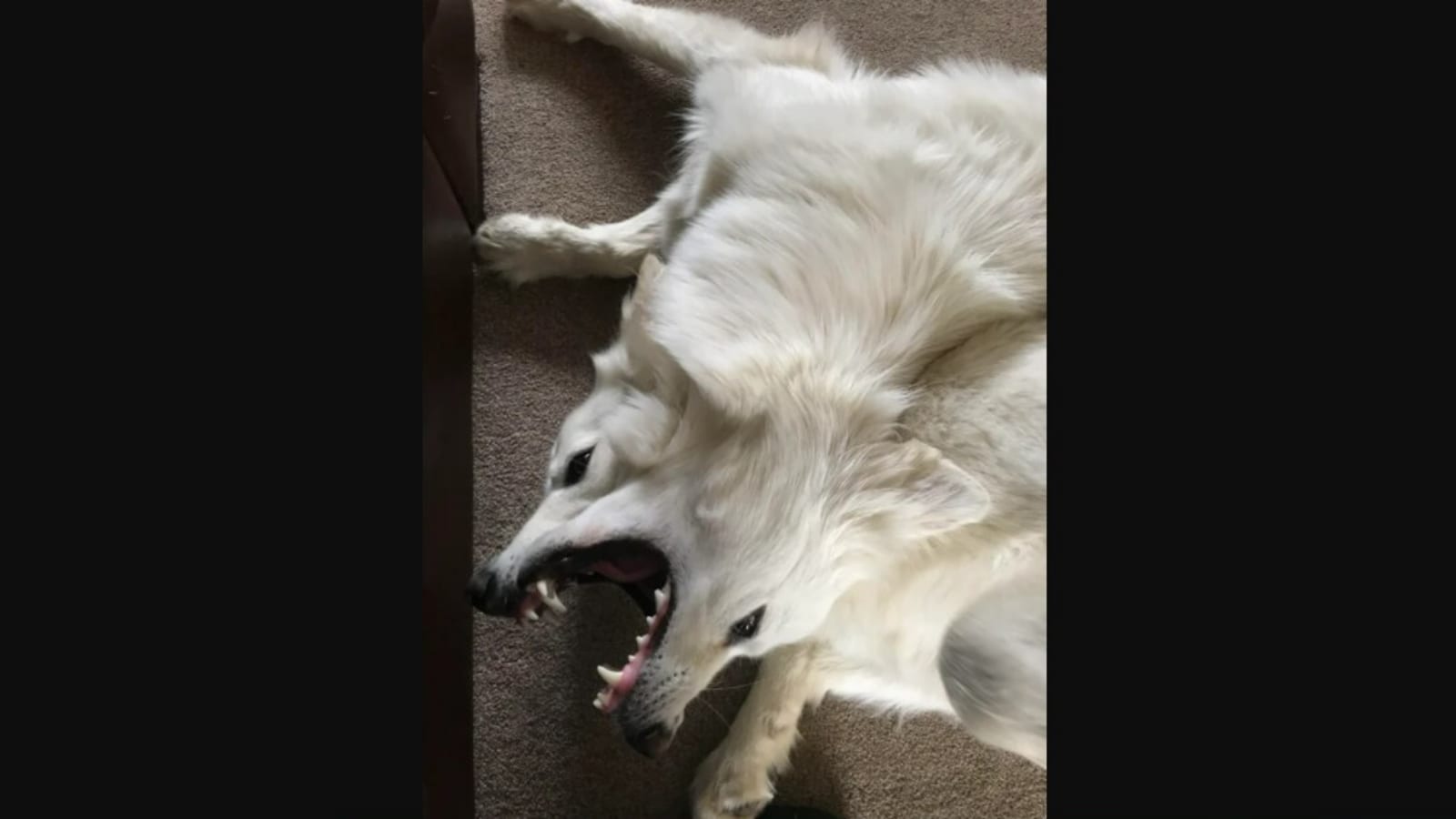 This photo of two dogs that was posted on Reddit has left netizens confused as to how they can ‘share’ a mouth.

Such photos often surface on the Internet, which leave people confused whenever they try to make sense of it. But this photo that was posted on Reddit actually occurred so naturally that the original poster couldn’t help but share it with the rest of us. In the photo, two of his dogs are lying in such a way that has left netizens confused beyond measure.

The photo shows two of his dogs lying on top of each other while they were play fighting. But as one dog lies on top of the other, it becomes difficult to notice the difference between the two as they mix with each other since they are the exact same colour and size.

This happens to such an extent that their mouths almost completely converge with one another and form an optical illusion of sorts. The caption to this hilarious and confusing dog photo reads, “My dogs share a mouth sometimes.”

See if you can figure it out for yourself:

This photo was posted on the subReddit r/WhatsWrongWithYourDog, around 12 days ago. So far, it has garnered several comments and 63,000 upvotes.

“Genuinely confused for a second there,” posted a Redditor. To this, another replied, “A second? It took me a solid five minutes.” “I made an outline to help!” posted another, with a link to an image that helped many understand what was happening in the photo. “My brain was able to immediately tell them apart because my two heelers that are the same age (not brothers, technically uncle and nephew) do this all the time. Lol,” posted another.

What are your thoughts on this photo?

Man posts hack of travelling in a car with a baby. Watch to find out