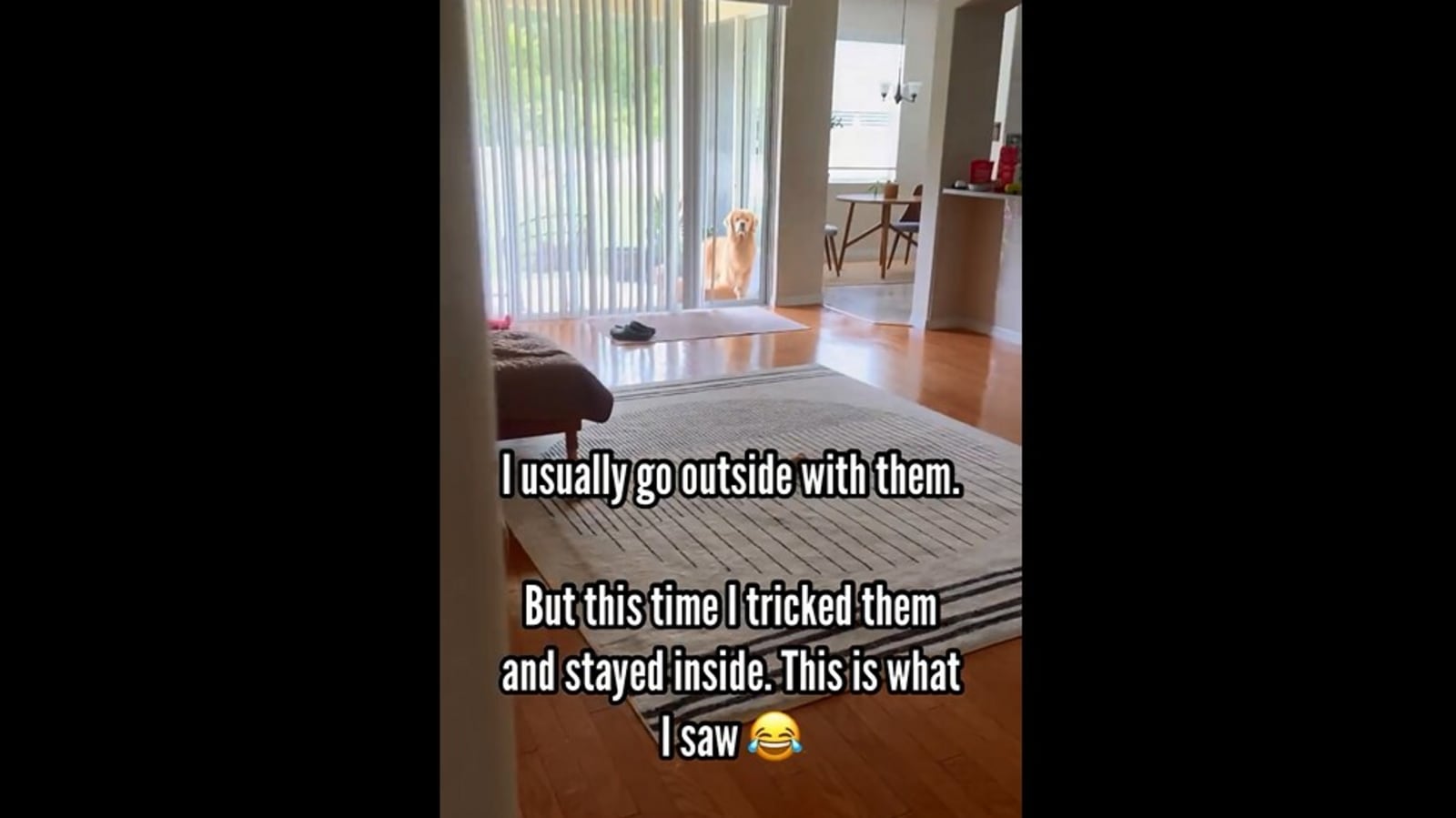 The dog video that shows a pet mom tricking her golden retrievers was posted on Instagram.

Pet parents and their fur babies often follow a regular routine. This human is the same and they always accompany their golden retrievers doggos when they go outside their house into the porch. A hilarious video shows what happens when the human tricks them and deviates from this routine. There is a chance that the clip will leave you laughing out loud.

The video is posted on the Instagram page shared by two pooch siblings named Xena and Finn. The page’s bio also gives a little insight about the dogs. “Golden Retriever siblings & BFFs. Xena, the sassy Queen of the house. Finn, the annoying little brother,” it reads.

The video shared on Instagram opens to show a text that explains the situation. “I usually go outside with them. But this time I tricked them and stayed inside. This is what a saw,” it reads. The clip them proceeds to show one of the dogs staring from outside with an unimpressed look portrayed on her face. What makes the video even funnier is how at the same time the words, “So much disapproval,” also appear on the screen.

The video has been posted a few days ago. Since being shared, the clip has accumulated more than 7.1 lakh views and counting. The share has also gathered nearly 52,000 likes. The post has prompted people to post different reactions. A few comments also came from the accounts dedicated to other dogs on Instagram.

“I don’t think I’ll emotionally recover from this,” wrote a human imagining a dog’s thoughts. “I’m not angry, just disappointed,” posted another. “The looks of disbelief,” expressed an individual while talking about the dog’s expressions. “Awwww,” commented a fourth.

The results are in: ZDNet’s LinkedIn fans want a touchscreen MacBook, too | ZDNet