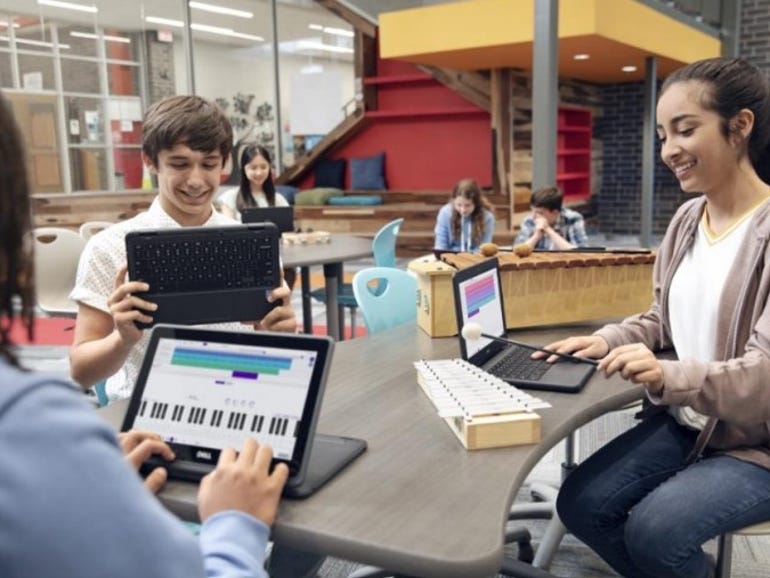 Last fall, Microsoft announced Windows 11 SE, a version of Windows 11 streamlined for the education market. At that time, the company also debuted the $250 Surface Laptop SE, its first device with Windows 11 SE preloaded. Today, Jan. 18, a number of PC makers also went public with their own Windows 11 SE devices, starting as low as $219.

Acer TravelMate Spin B3 laptop: An 11.6-inch device for K-12 students that includes durability enhancements like shock-absorbent bumpers and keys designed to protect against moderate spills. This laptop comes with a choice of Pentium Silver or Celeron, Intel Wi-Fi 6, and reported 10-hour battery life. (There’s also a Windows 11 SE-based Acer TravelMate B3.)

Asus BR100F: A laptop meant for “students of all ages” that’s been built to be resistant to drops, knocks, and spills. It includes a touchscreen display and pen, a 360-degree hinge, Wi-Fi 6, as well as optional 4G LTE.

Dell Latitude 3120 and 3120 2-in-1 for Education: These PCs come with 11-inch displays, Intel Celeron Quad-Core and Pentium Quad-Core processors, fast charging, Wi-Fi-6, and scratch-resistant glass (on the 2-in-1). There’s also an optional pen.

Dynabook E10-S: From Dynabook (formerly Toshiba PC): This 11.6-inch model is “backpack-safe” with a reinforced chassis and bumpers, 18-degree hinges, and a spill-resistant keyboard. It comes with a number of ports, including USB-C. (Dynabook also has a Satellite Pro E105 that’s powered by Windows 11 SE.)

JP.IK Leap T304: Starting at $219, this device is ruggedized; includes an anti-glare display, and is made from sustainably cultivated and recyclable plastic. (There’s also the JP.IK Turn T303, starting at $269, that runs Windows 11 SE.)

Microsoft officials said there will be more Windows 11 SE devices coming later this year, including models from Fujitsu and Positivo.

Windows 11 SE is a simplified version of Windows 11, customized for the K-12 education market, and is designed to help Microsoft and its partners try to better compete with Chromebooks.

Windows 11 SE is not the same as Windows 10 in S Mode. However, the types of apps Windows 11 SE users can install and run natively will be limited to six categories: Content-filtering apps, test-taking apps, accessibility apps, classroom communication apps, diagnostics/management/connectivity, and supportability apps and browsers. Students won’t be able to download things like games, YouTube, etc., on Windows 11 SE by design. It’s supposed to be a platform for running a set of apps curated by school IT/admins.

Woman tries holding all of her eight cute kittens at once. Watch what happens