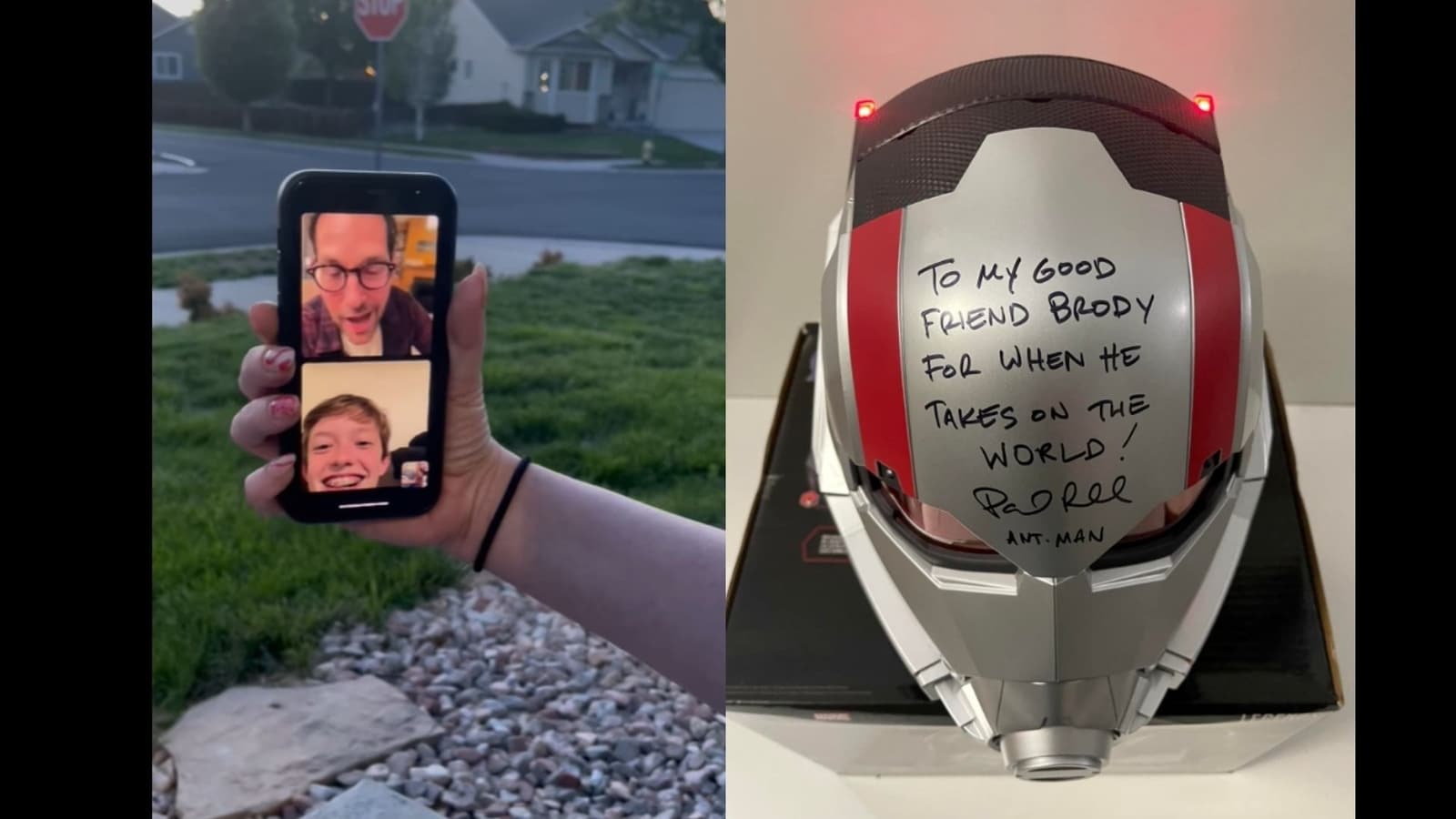 In a wholesome story, actor Paul Rudd did something special for a kid after his mother had shared on Facebook that only two students wrote in his yearbook. The Marvel actor got in touch with the boy and even sent him a heart-warming letter and gifts.

Cassandra Cooper had shared in a Facebook post on May 25 how only two teachers and two students wrote in her son Brody’s yearbook despite him asking all kinds of kids to sign it. “My poor son. Doesn’t seem like it’s getting any better. 2 teachers and a total of 2 students wrote in his yearbook. Despite Brody asking all kinds of kids to sign it. So Brody took it upon himself to write to himself. My heart is shattered. Teach your kids kindness,” she wrote in the Facebook post.

After her post attracted lot of attention, some of the older kids came to Brody’s class to make him feel special and signed his yearbook. And then actor Paul Rudd wrote a letter to Brody and even talked to him on a video call.

“Something AMAZING happened today!!!! Brody got to talk to Paul Rudd! ANT-MAN!!!! Like this this real life?! Pinch me now! Brody was so excited! I wanted to share a clip of their call! Shout out to Paul Rudd, and his sister Mandi for reaching out and setting this up! You truly made Brody so happy! My heart is so full right now!” Cassandra Cooper wrote as caption alongside the video.

In another post, she shared the letter written by Paul Rudd and an Ant-Man helmet that he gifted to her son. “To my good friend Brody for when he takes on the world!” Paul Rudd wrote on the helmet. She also shared a screenshot of a WhatsApp conversation between Paul Rudd and her son and said they were on talking terms now.

“Wow. What a good human. I’m so happy for Brody!!!” commented a Facebook user. “This is good stuff. Hope Brody has a great summer!” wrote another. “What a wonderful human being Paul Rudd is. Brody you’re in great company. This is truly what love and caring looks like,” said a third.