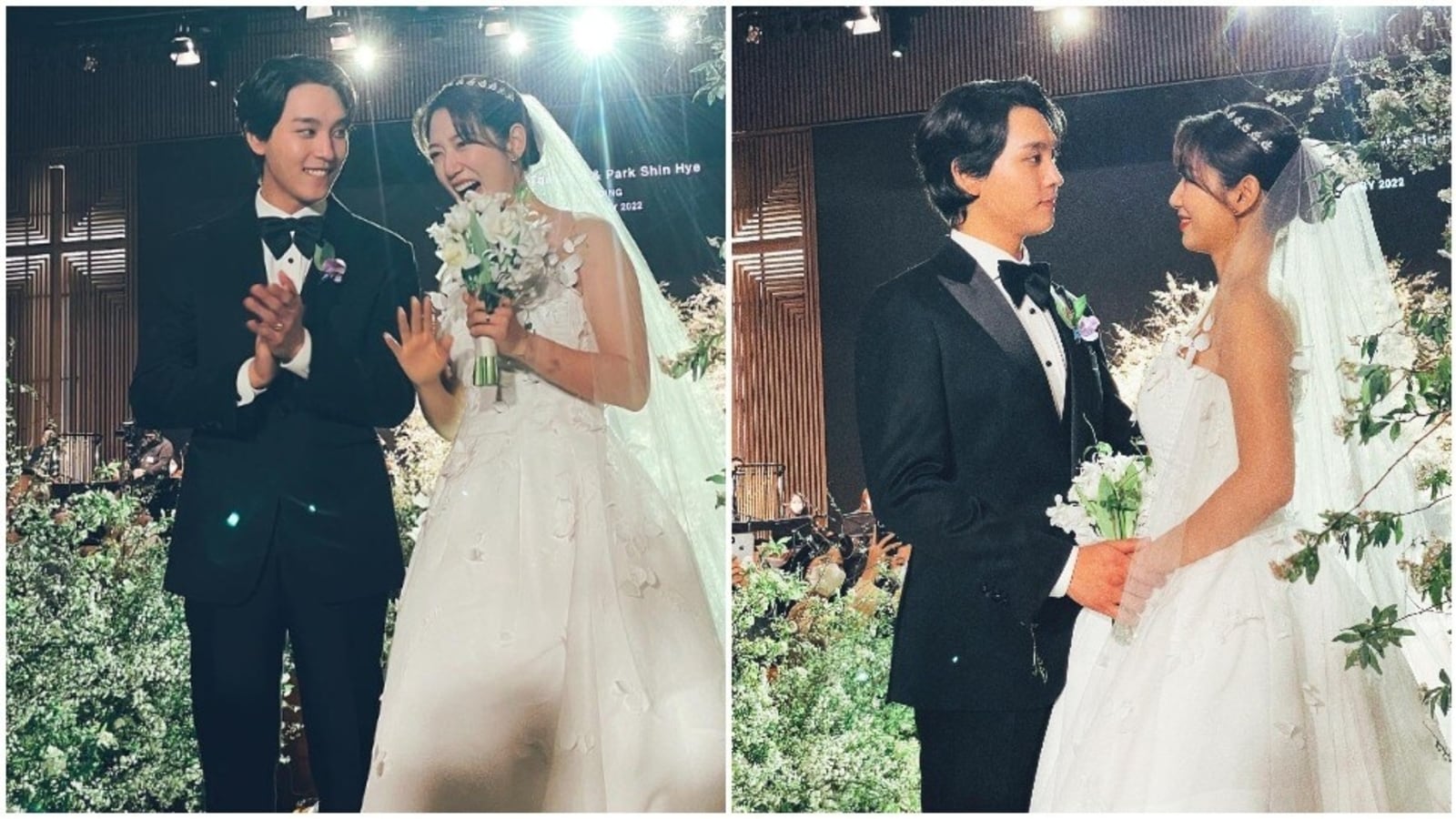 Korean actors Park Shin-hye and Choi Tae-joon tied the knot in Seoul in a private ceremony in the presence of friends and family members on Saturday. Taking to Instagram, actor Lee Sun-bin shared a series of pictures and a video from the wedding ceremony.

In the photos, Park Shin-hye was dressed in a white off-shoulder wedding gown with a veil and also a tiara. Choi Tae-joon wore a black and white outfit along with a bow tie. In the videos shared by fans on Instagram, the couple was seen waving at the people attending the ceremony. They also kissed, embraced each other and smiled as those present there showered them with white petals.

Park Shin-hye on her Instagram account shared her pictures in a Korean attire. She captioned her post in Korean, “Thank you to everyone who sent many blessings and congratulations.”

In one of the fan shared videos, the couple was seen exchanging their vows. The track Beautiful, known for featuring in Korean drama Goblin, by Crush was also heard after their vows. Apart from Lee Sun-bin, actor Lee Min-ho had also attended the wedding.

“Two people, who have been supporting each other since 2017, will be married. And a blessed baby came while preparing for marriage. As she is still in the early stage of pregnancy and needs a rest, it is difficult to tell in detail but please bless them,” the agency had said in a statement.

Park Shin-hye and Choi Tae-joon are alumni of the Department of Theatre at Chung-Ang University. Rumours about their romance emerged in May 2017, which they denied saying they were just close friends. They confirmed their relationship in March 2018. At the time, Park Shin-hye said, “We have been in a relationship with good feelings since the end of last year. We have been supporting each other.”

Also Read | Pregnant Park Shin-hye says she was ‘nervous’ to announce her wedding with Choi Tae-joon: ‘I’m worried that you…’

Kid hides toaster in bag, takes it to school for this heartwarming reason