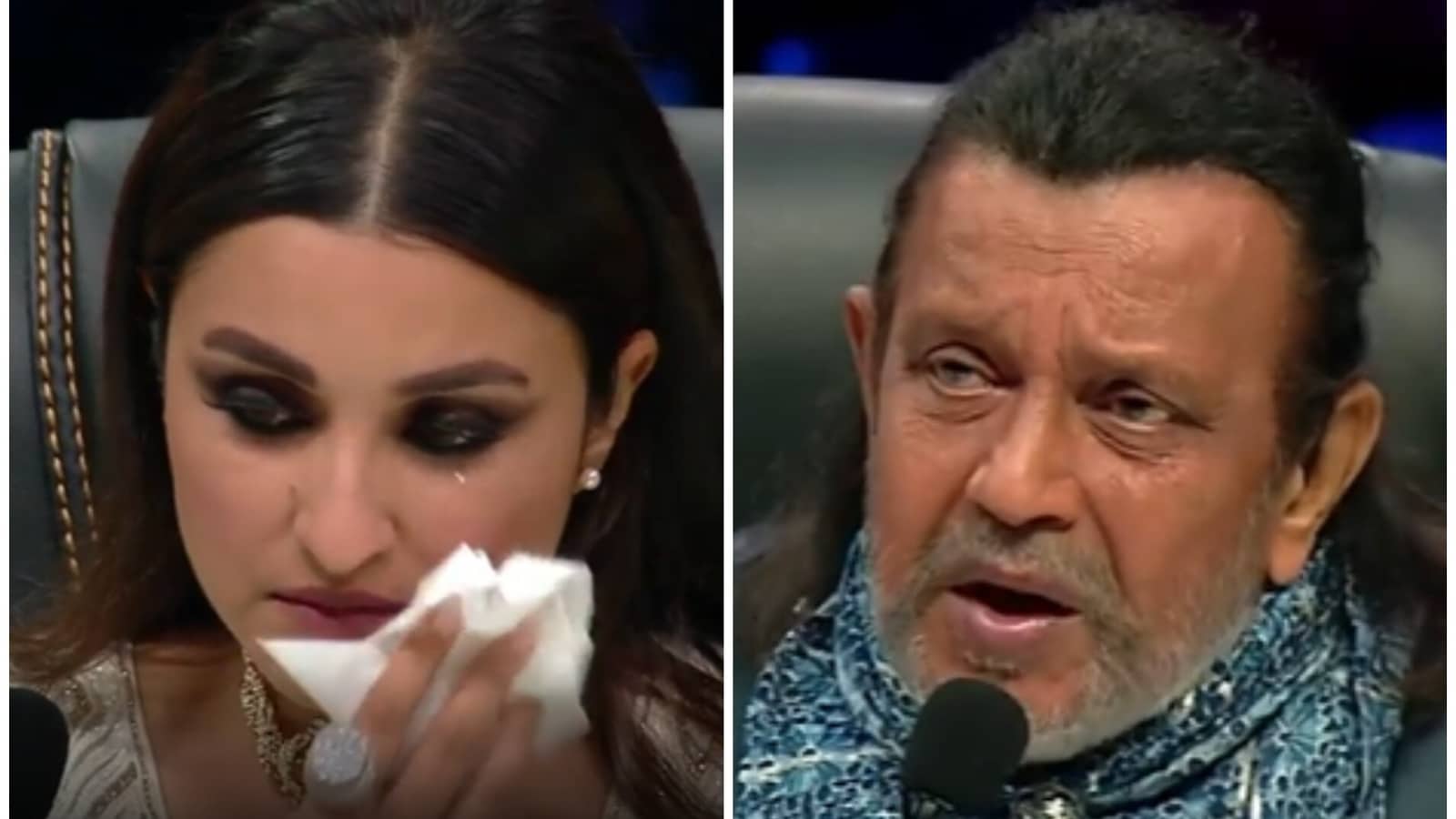 The story of Hunarbaaz contestant Manoj Jain’s strained relationship with his son moved all to tears, from judges Parineeti Chopra and Mithun Chakraborty to host Bharti Singh.

The judges of Hunarbaaz – Mithun Chakraborty and Parineeti Chopra–as well as host Bharti Singh were moved to tears by the story of a contestant, whose son is not on talking terms with him. Manoj Jain wowed everyone with his magic tricks and even hypnotised host Haarsh Limbachiyaa.

Mithun saluted Manoj and gave him a standing ovation. When Mithun asked why he came on Hunarbaaz, Manoj replied that he wanted to prove his son wrong. Manoj said that relatives make disparaging comments about his profession and even his son looks down upon it. He added that his son does not live with him.

Mithun wished to talk to Manoj’s son. “Phone cut kar dega? Meri beizzati karega? Itni beizzati meri bohot hui hai (What will he do? Will he disconnect the phone or insult me? I have been insulted a lot in life), don’t worry,” he said. However, Manoj’s son did not answer the call.

A hurt Mithun said that he would die if his son behaved with him in a similar way. “Mereko idhar bohot laga hai. Agar mera beta kal mujhe aisa bole, main toh aise hi marr jaunga (I am very hurt. If my son says something like this to me, I will die),” he said. He added that anyone who earns an honest living is God-like.

Parineeti wept copiously as she said that she was heartbroken to hear Manoj’s story. Mithun, too, got emotional and said, “Maa toh 9 mahine paalti hai lekin ek baap zindagi bhar bachche ko paalta hai (A mother carries a child in her womb for nine months but it is a father who raises the child all his life).”

Hunarbaaz will feature acrobats, stand-up comics, rappers, beatboxers, magicians and others displaying their talents. The show is set to premiere on Colors on January 22.

Brazil Requests WhatsApp to Delay Launch of Communities Feature Till 2023

This phone-wiping Android banking trojan is getting nastier