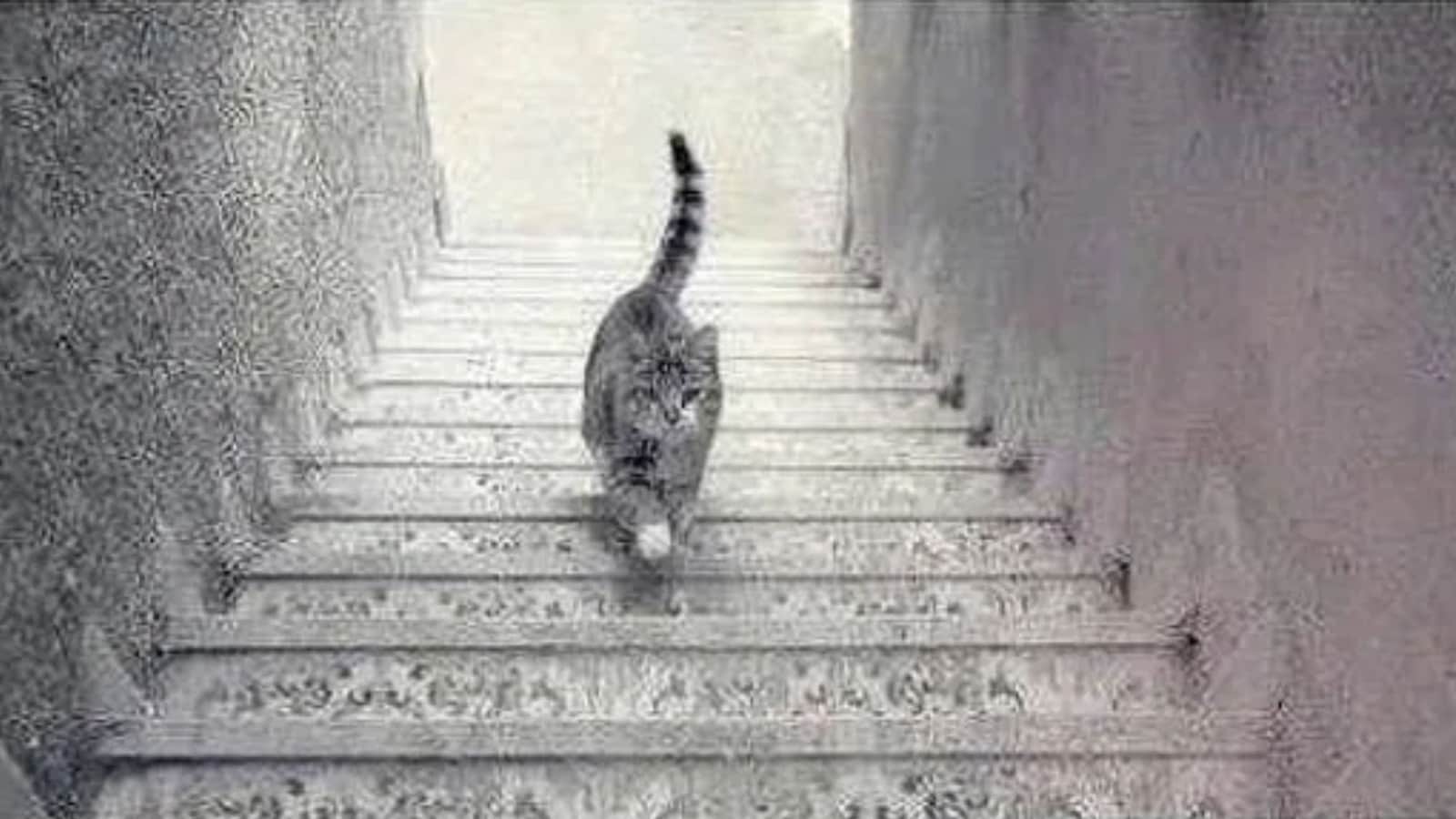 An old optical illusion depicting a cat has resurfaced online, and it has absolutely boggled netizens. The illusionary image asks people which way the cat is walking, up or down the stairs. While many argued that the cat is going up in this slightly fuzzy monochrome image, others explained that it is going down. Some even shared that it is going both ways at the same time! So, are you ready to stare at this puzzling optical illusion image until you start questioning reality and check the stairs of your home to confirm the direction in which the cat is walking?

“Does the cat walking up or down the stairs?” reads the caption accompanying the optical illusion with a thinking emoji. It was originally posted on 9GAG in 2015 and has been confusing people since then.

Take a look at the optical illusion posted on Twitter and decide which way the cat is going:

Since being shared a day ago on Twitter, this optical illusion has amassed more than 18,800 likes and several comments.

“It apear to be down stair because of steps lips……I sugest that the question should be where is the cameraman was locatedd….upstairs or downstairs,” joked an individual. “The giveaway is the left paw. If she is walking then that paw is resting on a stair. Since the left paw occludes the stair, she is ascending,” commented another. “It’s Schrodinger’s cat, walking both up and down the stairs,” shared a third.

“Cat is coming down. The overhang (circled) is from the tread (the actual stair you step on) sticking out over the riser. It’s a tripping hazard to have a lip “sitting up” on a tread. The cat’s front left paw (arrow) is on a tread with the right paw about to hit next tread down,” explained a fourth with a picture. “It’s definitely down. This is impossible to tell except for two things: The design of the stairs, the lip hanging over the vertical drop in the stairs rather than being a trip hazard and the join with the wall. The light, particularly if natural, will more likely be from the top,” remarked a fifth.

Those who are still confused, allow us to help you. The cat is walking down the stairs, and we have some pretty solid reasons. First, the nose of the stair treads is sticking out above the riser. Second, the shadows under the overhanging nose below the cat.

Regional content is set to change the face of cinema: Saurabh Tewari