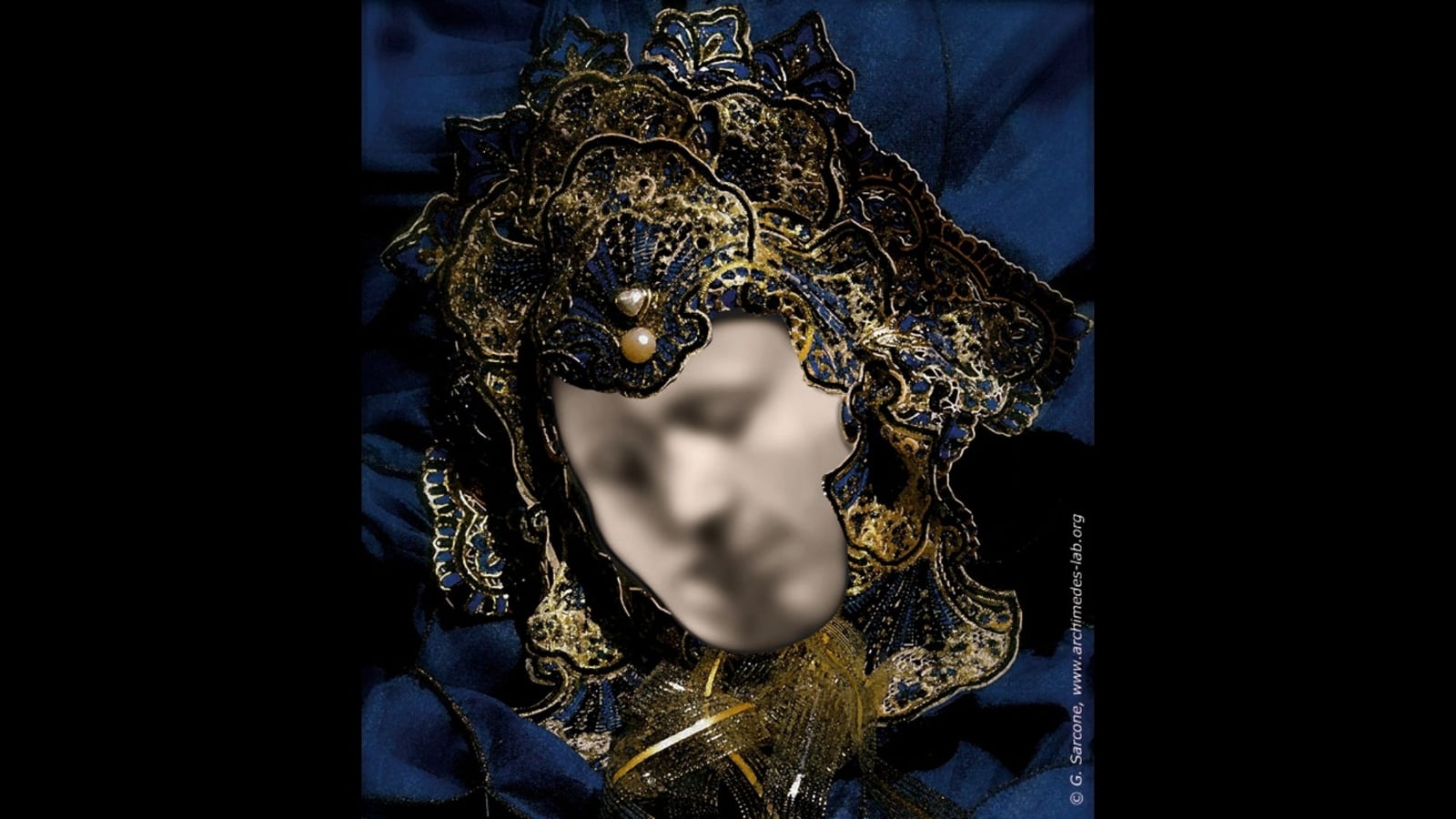 The mind-boggling optical illusion image was created by Gianni Sarcone, Courtney Smith and Marie-Jo Waeber in 2011. It depicts a Venetian mask.

The mind-boggling optical illusion image, titled ‘Mask of Love’, depicts a Venetian mask. The illusion was posted on the Best Illusion of the Year Contest website and created by Gianni Sarcone, Courtney Smith and Marie-Jo Waeber in 2011.

Take a look at the Venetian mask optical illusion image below:

Many will say they saw a man’s face in the Venetian mask and that there’s no woman’s face. However, that is not the case. If you take a closer look at the mask, you may notice that it comprises two distinct faces whera man and a woman can be seen kissing each other.

For those still unable to spot the woman, here is an image that might help:

The image shows the two faces, of a man and a woman, separated by a coloured outline. And once you realise that they are two distinct faces, your brain will continue flipping between these possible interpretations of the mask, making you perceive both the faces or one face in alternation. The illusion is related to the bistable illusion, where our eyes experience two equally possible interchangeable stable states in perception.

Senior doggo loves to ‘go with the flow,’ floats around on a lake cutely. Watch