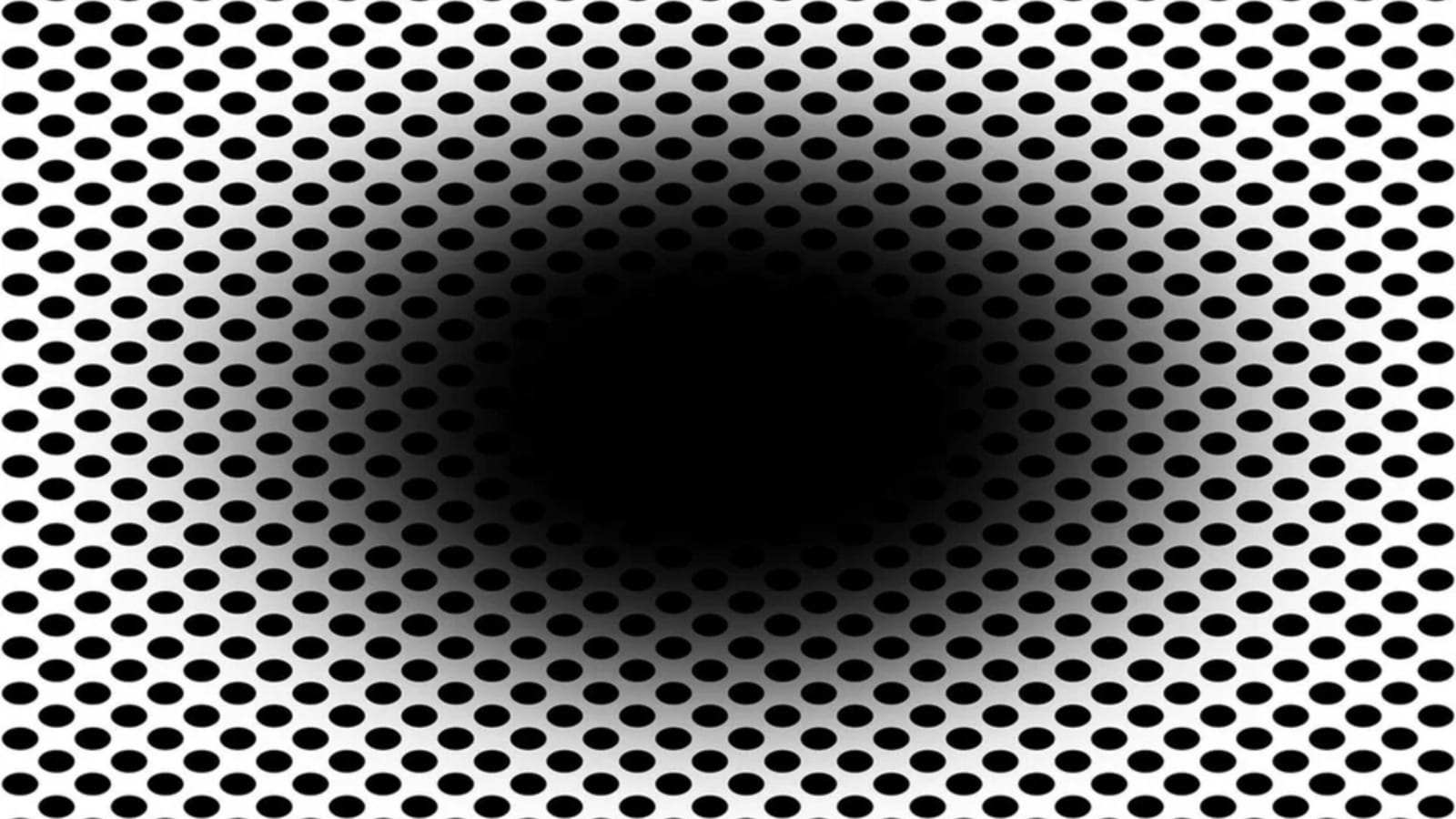 Optical illusions have been around forever and are fun to solve. They trick our eyes and brains into seeing something that doesn’t exist in reality. While some of them are headscratchers, others are entertaining. In fact, there is no dearth of optical illusion images and videos on the internet. The latest viral illusion intriguing people shows a black hole that seems like it keeps expanding. And, it has now boggled the netizens.

The optical illusion was a part of the research done by Bruno Laeng, Shoaib Nabil and Akiyoshi Kitaoka. Laeng and Nabil are psychologists at the University of Oslo, Norway, while Kitaoka is a psychologist at Ritsumeikan University in Kobe, Japan. The paper is titled “The Eye Pupil Adjusts to Illusorily Expanding Holes.”

The research paper published on frontiersin.org also explains the science behind expanding hole. “The circular smear or shadow gradient of the central black hole evokes a marked impression of optic flow as if the observer were heading forward into a hole or tunnel,” reads the reason.

Since being shared, the post has amassed nearly 5,200 upvotes and more than 100 comments. The numbers only seem to be increasing.

“I kept tapping to see how long the gif was. It was not a gif,” commented a Redditor. “I see it pulsating instead,” noted another. “The illusion is lost once you focus on any single dot around the hole,” expressed a third. “Didn’t do anything for me,” described a fourth. “Those who see it can you describe it and how long did it take?” posted a fifth Reddit user.

Fifty volunteers between 18 to 41 years old took part in the research, reports the research paper. However, only 86% of volunteers could see the expanding black hole, while the remaining 14% didn’t see it move.

Are you able to see the illusionary expanding hole?

More flagship phones on the horizon: Xiaomi’s 12 Series gets a global launch | ZDNet

Dog and little girl are ‘singing sisters’ in concert. Watch to see them perform