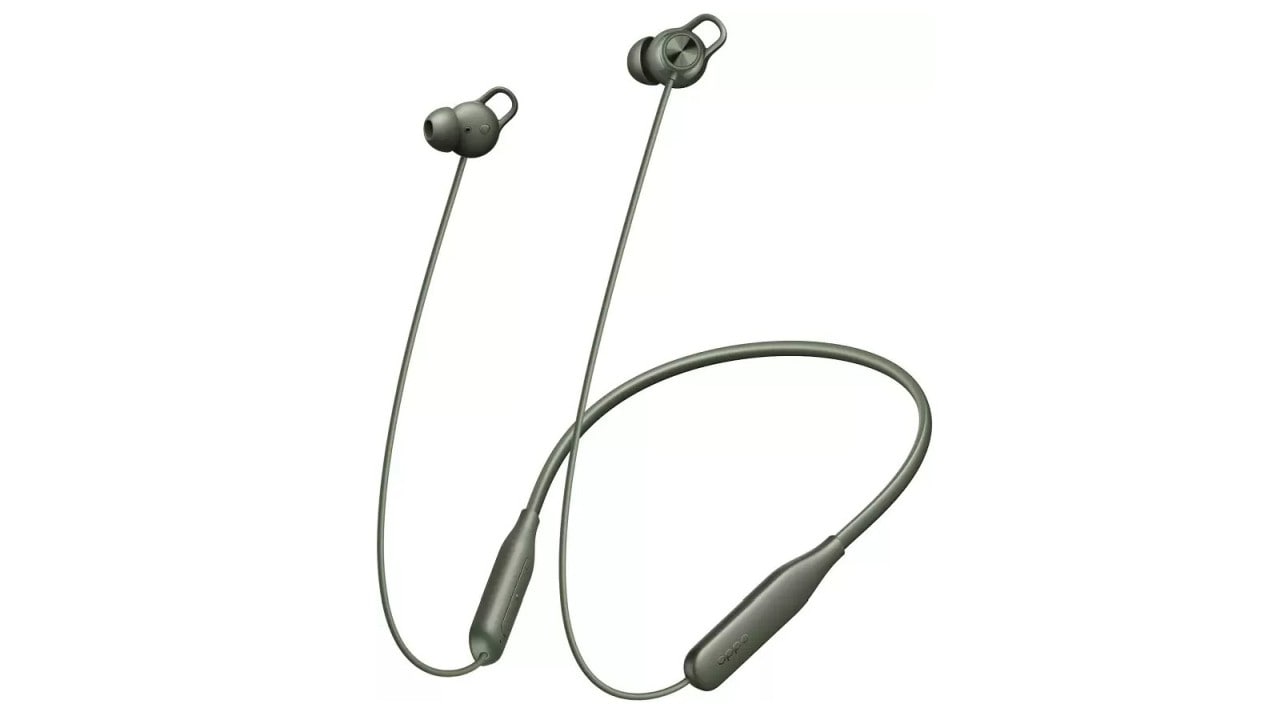 What’s in the name, you ask? In this case, probably everything if you happen to know its predecessor well. The Oppo Enco M31 wireless neckband was a cult classic courtesy of its detailed and balanced sound output. The audio quality was exceptional for its selling price close to Rs 2,000, unlike its bass heavy competitors. And it’s not like it completely ignored those who preferred extra bass (a vast majority of users in the segment) either.

The neckband had two sound profiles built in, and one could switch between balanced output and bass boost at the click of a button. A smart way to appeal to a broader audience. On top of that, the neckband supported Sony’s LDAC codecs for better throughput and flaunted a Hi-Res certification too. The only real drawback was its average battery backup south of 10 hours. All that Oppo needed to do with its successor was fit the Enco M31 with a larger battery and leave everything else untouched.

When the Oppo Enco M32 was announced with 28 hours of battery backup, we thought the company was looking to do exactly that. M31 with almost thrice the battery life was a tempting proposition indeed. Unfortunately, that is not what the company had in mind. Now there are two ways of looking at the Oppo Enco M32, one as a successor to the M31 and other as a completely non-related product saddled with a wrong model number. We will explore both routes in this review.

The build quality of the Oppo Enco M32 is pretty good. The earbud shells, battery pods and the rubberised neckband are made of quality materials. It has a nice even matte finish across with just a hint of gloss at the back of the earbud shells. We received the new green variant for review, which looks quite elegant, and is good enough even for someone like me who generally prefers black.

The Oppo Enco M32 weighs less than 27 grams, and the flexible neckband causes no discomfort around the neck even after hours of use. The angled silicone ear tips sit well in the ear canals and the U-shaped wings at the back of the buds provide a more reassuring fit, especially during a jog or a workout. Speaking of exercising, the Enco M32 is IP55 rated dust and splash resistant, and should easily survive a bit of sweat or a light drizzle.

Other than the preinstalled medium sized silicone eartips, the company bundles two more pairs to choose from to achieve good passive noise isolation. A volume rocker and a multifunction button located on the right module let you access all the key functions of this neckband, ranging from playback to calling. A USB-C port is placed under a protective flap for charging this neckband. A tiny multicoloured LED indicates the pairing status of these earphones and also gives you a rough idea about its battery level.

‘If it ain’t broke, don’t fix’, but who’s listening! Oppo made far too many changes to the product to a point where it barely feels like M31’s successor. The support for Bluetooth codecs is now limited to SBC and AAC; no LDAC support here. Oppo hasn’t even bothered to upgrade the Bluetooth version from 5.0 with several brands now offering version 5.1 or 5.2.

The dual sound profiles have been given a skip too, and you have to make do with the default sound signature which isn’t as good as the M31’s. There is no companion app to tweak it either. The size of the dynamic drivers has increased, which is fine. Each earbud is now fitted with a 10 mm unit. The back of the buds have magnetic tips that hold the earbuds in place when not in use, and also act as an on/off switch, just like its predecessor. The magnets are powerful enough to hold them in place and avoid accidental separation with minimal force.

Battery backup is the only area where it shines brighter than the M31, much brighter. Battery capacity has been increased significantly from the measly 88 mAh on its predecessor to 220 mAh on the M32. Even better, this significant increase in battery reserves has led to only a 5 grams weight gain, that is not even noticeable. The neckband doesn’t look bloated either. So a job well done on this front. Pairing the Oppo Enco M32 is a standard process. All you need to do is separate the buds to enter pairing mode, find the neckband in the list of Bluetooth devices and pair. Wireless range is perfectly fine with the neckband retaining a strong connection up to 10 metres with a clear line of sight, and half of that with a concrete wall in between the source device and the listener.

Moving on to the sound quality, gone is the balanced sound signature of the Oppo Enco M31. It is now replaced with the typical V-shaped sound on the M32 to please the masses. And even that is a little imbalanced on either side of 40 to 60% volume level. Chances are you won’t even notice the issue as more often than not you will play the audio in that loudness range. But let me explain.

The earphones get sufficiently loud at 45 to 50% volume, and even outdoors, I didn’t have to go beyond 60% often. When you listen to music on these earphones below 40% loudness, the sound is largely bass dominated. The excess bass overshadows the midrange frequencies and lower midrange frequencies get majorly impacted. Even vocals feel recessed in bass-heavy tracks. Closer to the halfway mark, there is a lot more balance between the lows and highs with a good amount of sparkle.

As you go beyond 60% volume, the highs start to dominate and the bass feels inadequate. Beyond 70%, these earphones sound sibilant and far from pleasant. Hence, it is advisable to play the Oppo Enco M32 in the 40 to 60% loudness range for best results. The imaging is decent but the soundstage feels more centred than broad here; passable for the segment. Calling is not one of the strong points of the Oppo Enco M32. The call quality is average, especially when outdoors. It is perfectly fine when indoors with both people on the call perfectly audible to each other. But outside in a noisy area, the environmental noise cancellation circuitry (if any) barely works. The omni-directional microphone picks up a lot of ambient noise that impacts the conversation.

The battery backup is supposed to be the most striking feature of this neckband and it delivers in abundance. The company claims a battery backup of 28 hours. During my testing, at 50 to 60% loudness, the neckband went on for close to 24 hours with roughly 3 hours of daily usage, mainly music playback and movies and very little calling. These are excellent numbers, and way higher than those of the Oppo Enco M31.

As I mentioned earlier, the M32 has a USB-C port for charging. What’s more, it supports fast charging and the numbers are mighty impressive. A mere 10 minutes of charging gave me over 15 hours of play time, which is topnotch. This neckband can be charged fully in about 35 to 40 minutes, which is quite brisk. All in all, Oppo has managed to do a great job in the battery department on every front.

The Oppo Enco M32 was launched at an introductory price of Rs 1,499 with a one year warranty, but later bumped it up to Rs 1,799. But it often sells for its launch price even now, which is fair for what it offers. Close to 2K, it would run into competition it won’t be able to handle. By now we know that the M32 is not the ideal successor for the M31. The company could have called it anything else and the complaints would have been far fewer.

If you keep the model number aside for a moment, you get a wireless neckband with good finish and build, decent sound output in the right loudness band, excellent battery backup and even better fast charging. And let’s not forget, it is a good 25% cheaper than its predecessor, which is almost impossible to find these days. The Oppo Enco M32 also has other competitors under Rs 1,500 to contend with; Boat Rockerz 330 and Realme Buds Wireless 2 Neo to name a couple.

The Boat Rockerz 330 offers comparable audio quality and battery backup, and much better call quality. However, the finish and build aren’t as good, and it also lacks features like a magnetic power switch. The Realme Buds Wireless 2 Neo matches the Oppo in terms of features and build quality, and also offers a more pleasant sound output and further customizations through the companion Realme Link app. However, the battery backup is significantly lower, and fast charging is not at the same level as that of the M32.

One thing Oppo can still do (and I hope they do) is take the battery department of the M32 and plug it into the M31 with all its features intact, add a bit of premium to the selling price and call it Oppo Enco M32 Pro. Worth a shot, no?