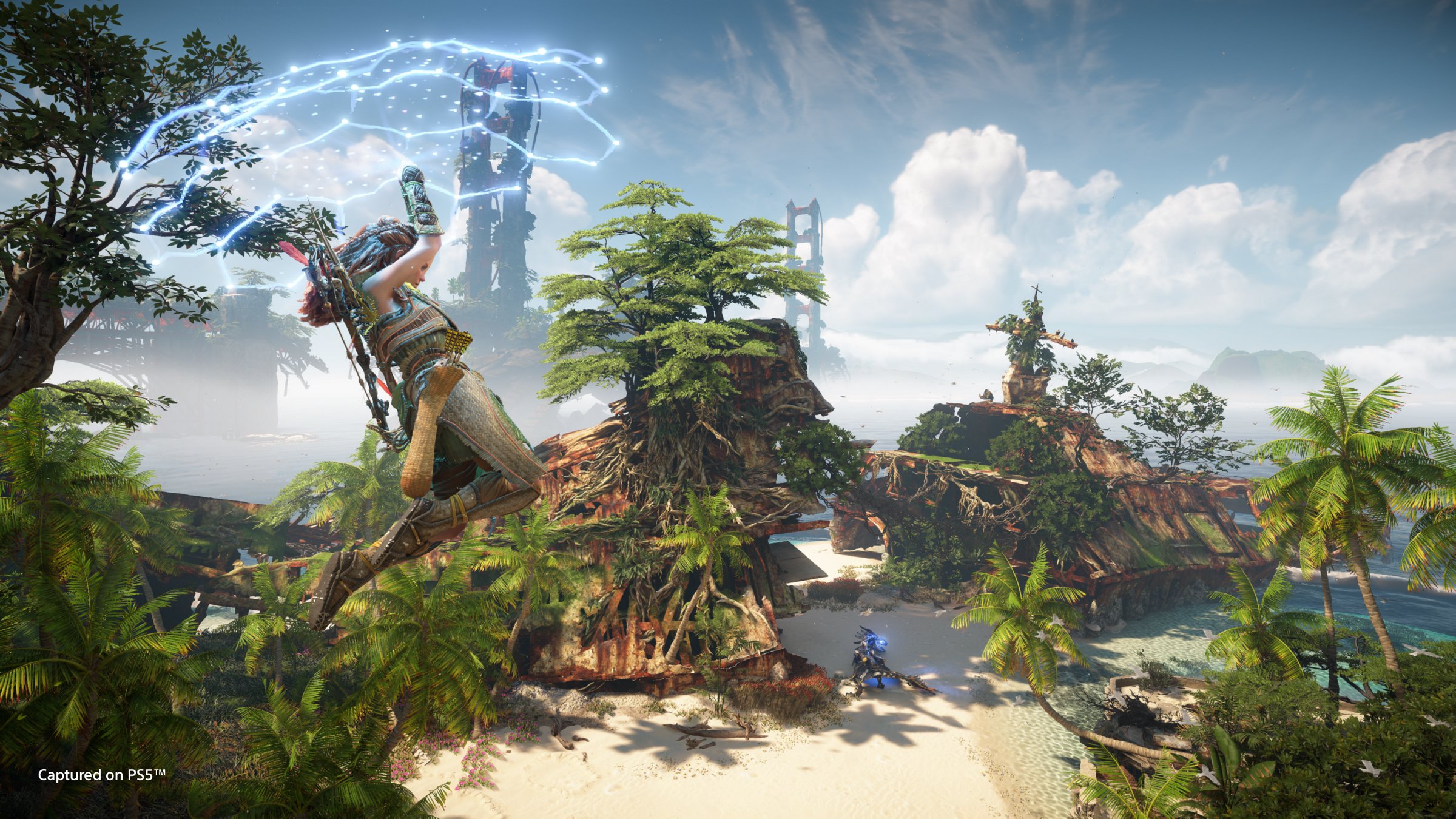 2022 is shaping up to be an incredibly exciting year for the video game industry. We are now over a year into the latest generation of consoles, and many of the biggest franchises are returning in 2022. This includes God of War, The Legend of Zelda, Rainbow Six, Gran Turismo, and Final Fantasy. One of the most highly-anticipated sequels of the generation is almost here, as Guerrilla Games is set to launch Horizon Forbidden West in February. Unfortunately, it already leaked online.

On Monday, screenshots began spreading on social media. Those images were purportedly from the PS4 version of the game, which is launching alongside the PS5 version on February 18th. Video Games Chronicle reported that the images are from a leaked build that made its way on to the internet. That leaked build apparently features the entire core game, save for a few missing art assets.

Twitter has since removed the screenshots on behalf of the copyright holder, adding credence to the leak. It’s like when photographs of Andrew Garfield and Tobey Maguire on the set of Spider-Man: No Way Home leaked. Why would the copyright holder bother filing a claim for fake images?

According to VGC, the leaked build hasn’t yet made the rounds on file sharing sites. That’s great news for Sony, as the original Horizon Zero Dawn sold over 10 million copies. It was actually one of the best-selling PS4 originals ever made, so Sony undoubtedly has high hopes for the sequel.

If you’re a fan of the original, you might want to keep an eye out for story spoilers if the build starts to circulate more widely. As VGC notes, this was a problem for The Last of Us Part II as well. Months before the game arrived, you could find details about the ending online.

What you need to know about the sequel

In recent days, Game Informer has been sharing new details about the game without spoiling any of the story beats. Here’s a succinct synopsis of Horizon Forbidden West from a recent feature:

Six months after the events of Horizon Zero Dawn, Aloy heads westward to find out more about a mysterious Red Blight, which signals the degradation of the biosphere. If the stakes weren’t already high enough, her journey to new soil also brings new threats. This time peril comes not just in the form of harrowing machines, but also a dangerous rival tribe that can likewise override mechanical beasts. Throw in a mysterious incoming storm, and Aloy has her work cut out for her.

Whether or not a playable build of Horizon Forbidden West leaks online, developer Guerrilla Games plans to launch the game on February 18th. There will be a PS4 version and a PS5 version, and PS4 owners will be able to upgrade to the next-gen version of the game for free. It will be the last of Sony’s major first-party releases to include a free upgrade.

Siddharth Nigam on life as a child actor: Growing up in the public eye was a struggle