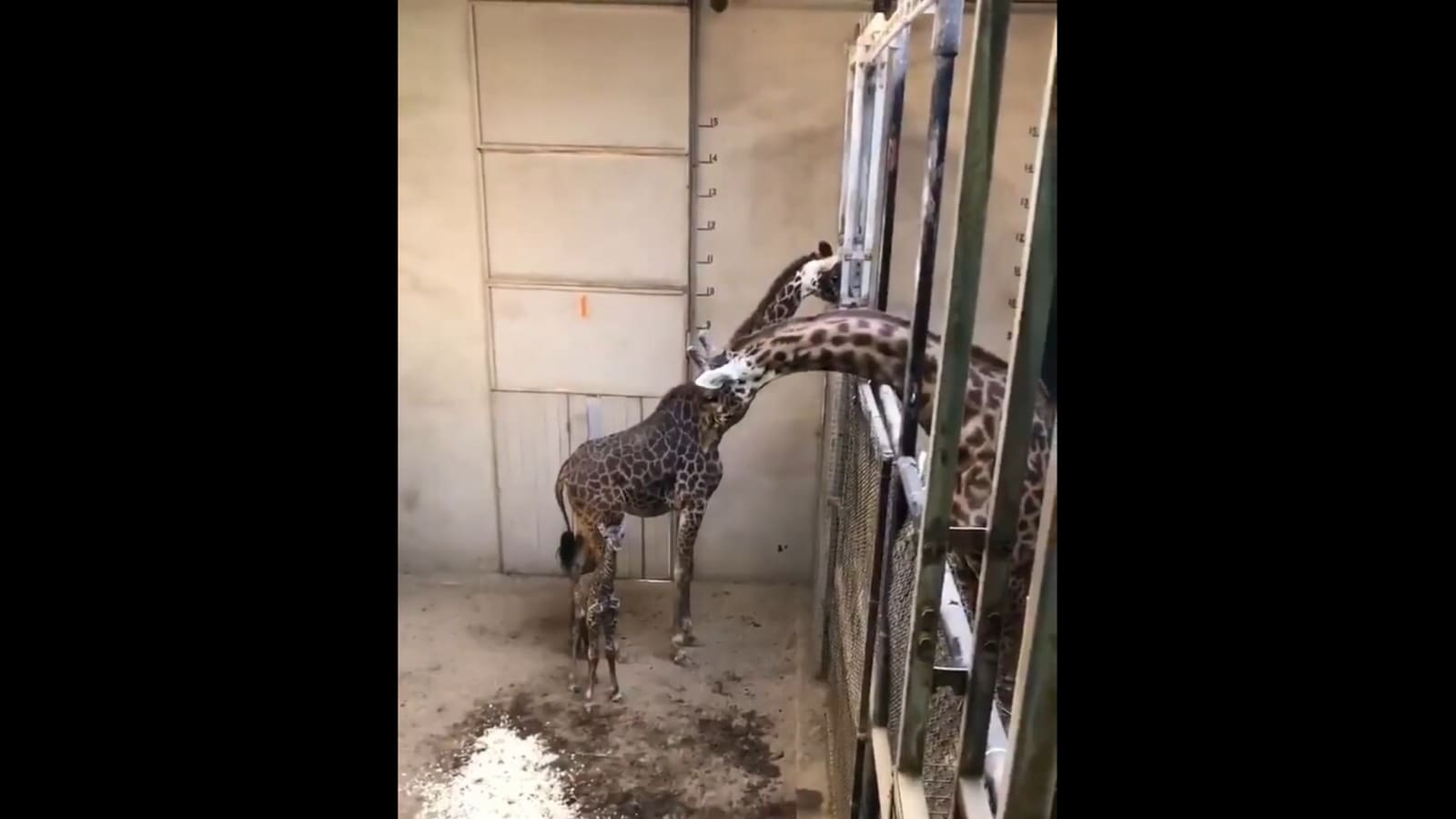 Are you someone who enjoys watching animal videos? Whether they are videos of pets or clips from wildlife, many such videos put a smile on our faces. Recently, one such adorable video of giraffes has gone viral on social media. A father giraffe is seen in the footage entering an enclosure to greet his young child. He enters the enclosure and leans inside to check on its young baby; he looks at the newborn carefully.

Later in the video, he looks at the mother of the baby giraffe and gives her a small peck. This video was reshared by Twitter user @fasc1nate and uploaded initially by @TansuYegen. Since being shared, it has caught the attention of many internet users.

Take a look at the video of the giraffe greeting its baby here:

This is an old video that was reshared recently and has gained massive traction. The video has 2.9 million views and several likes and comments. Many thought that the video was adorable.

One person in the comments wrote, “Humans aren’t the only ones absolutely enamored by our babies.” A second person said, “I love that most baby animals look EXACTLY like fully grown ones, just.. shrunk down. Not even like “aww, its a baby it’s so small” NO, THAT GIRAFFE LOOKS EXACTLY LIKE THE DAD BUT SCALED DOWN.” “Wow, that’s incredibly beautiful to watch. Thank you for sharing so many delightful things. Makes me miss Daddy seeing that,” added a third.

Salman Khan is mesmerised as Iulia Vantur sings Main Chala on Bigg Boss 15, complies with her request to dance. Watch

What is Windows 11 Ghost box issue? How to fix it?- Technology News, Firstpost