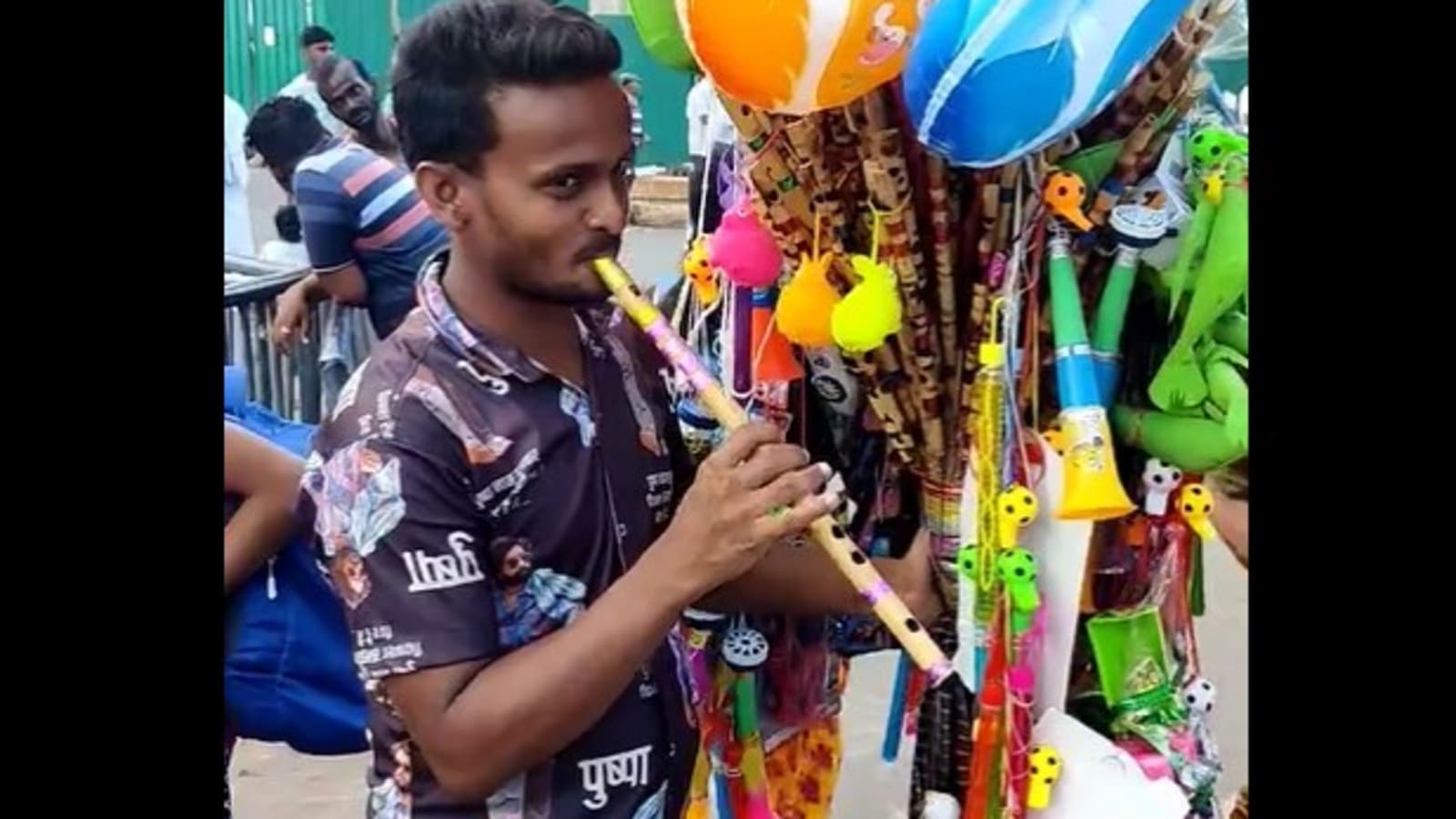 Sometimes, just being yourself and doing your own thing might make you viral on the Internet. Just like this particular man from Puri, Odisha. In a video that has recently been shared on Twitter, he can be seen playing one of the flutes that he is selling. The tune that he plays on it is the viral song that was written by Bhuban Badyakar – Kacha Badam. But what is even more interesting is the shirt that he can be seen wearing in this video, which is slowly going viral.

As the man plays the flute with a smile and looks into the camera, one can definitely see that he is quite talented when it comes to playing the instrument. But the shirt he is wearing has also gained a lot of attention from Twitter users as a lot of them pointed out that the shirt contains prints of actor Allu Arjun’s face. It also has references from his latest superhot movie that took social media by storm – Pushpa: The Rise.

With over a thousand views and many comments, this video is steadily going viral.

“Hindustan mein talent ki kami nahi hai [There is no scarcity of talent in India],” writes a Twitter user, complimenting the flute player from Puri. “Look at his shirt,” pointed out another individual.

What do you think of this video?